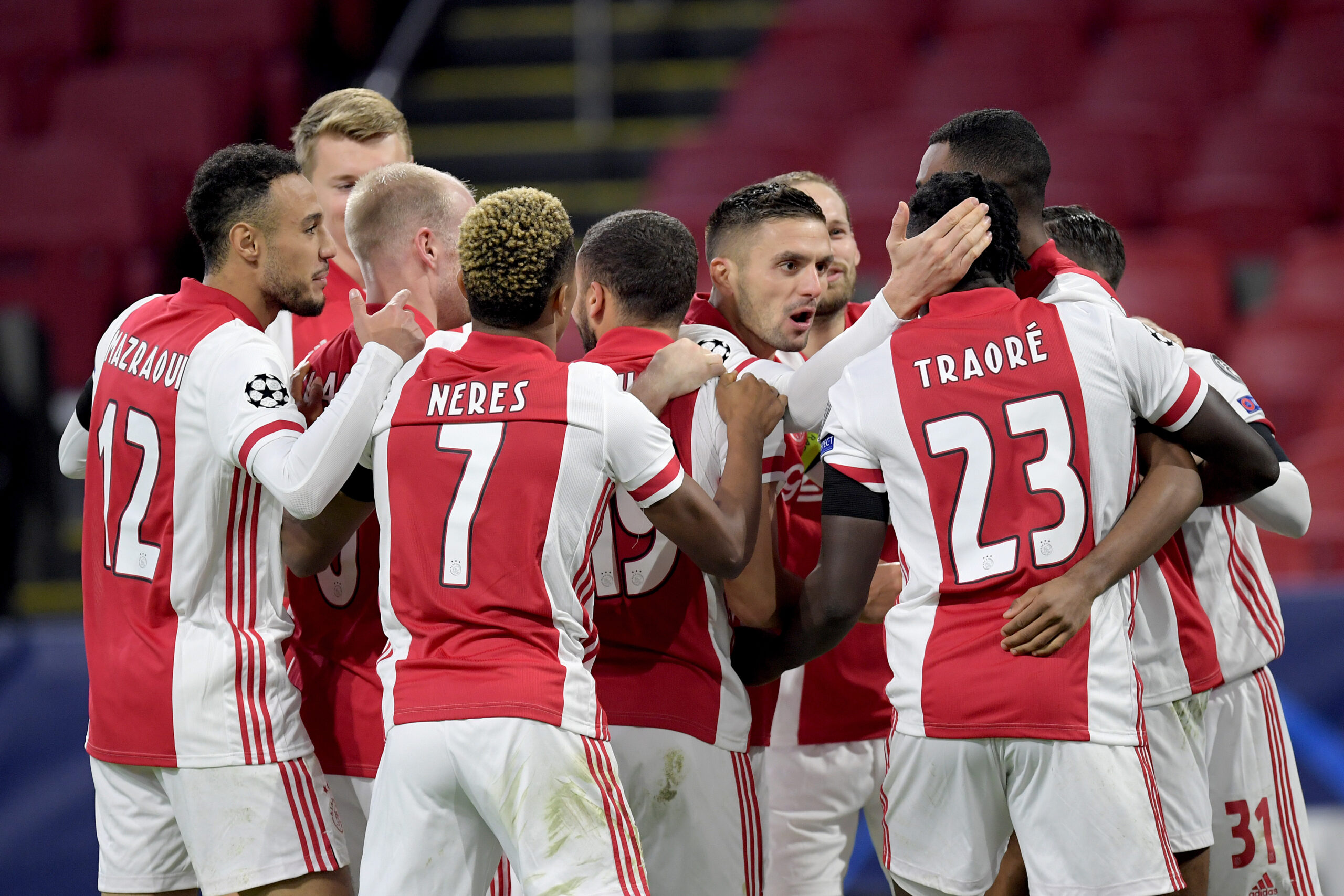 Ajax come away with a 3-1 win over Danish side FC Midtjylland to confirm at the very least Europa League football in 2021- but we want so much more!

Ajax secured a comfortable 3-1 victory with goals coming from Ryan Gravenberch (getting his first goal in the competition), Noussair Mazraoui and David Neres. This follows Atalanta’s shock victory at Anfield against Liverpool, having won 2-0 to make this group incredibly close going into the last 2 games.

Tonights results mean that Ajax remain in 2nd place in the group. Sitting 2 points behind Liverpool and remain ahead on goal difference of Atalanta. The game in Amsterdam confirmed the fate of FC Midtjylland as they have gone pointless from their first 4 games. This means that the race for Champions League Qualification has become extremely tight between the remaining 3 teams in the group.

Next Tuesday will showcase Matchday 5 of the Champions League: where Ajax will travel to Anfield as they look to secure a result away from home whilst Atalanta will welcome Midjylland to Bergamo.

If Ajax can come away with a result on Matchday 5 against Liverpool, it will mean that all is to play for going into the final fixture. However, a defeat in next weeks game and an Atalanta win will make it very difficult (but not impossible) for Ajax to reach the Second Round of the Champions League.

Despite facing 2 very tough games, Ajax will take confidence from their performance in the first game against Liverpool, having only lost 1-0. There is every reason to be hopeful of a result.

Matchday 6 will see Ajax welcome Atalanta to Amsterdam. The last game saw Ajax blow a 2-0 lead, again showing really positive signs in the first half of that game, the side will need to be much stronger defensively if they are to make it to the last 16 of the competition.

Liverpool: will be without Joe Gomez, Virgil Van Dijk, Trent Alexander-Arnold and potentially Naby Keita. Meaning that Klopp’s mean will have to play a significantly weaker side in the game against Ajax next week.

Ajax will only be missing Ghanaian midfielder Mohammed Kudus as Antony is steadily being introduced back into the first team; having been an unused substitute tonight.

Atalanta will likely be without Caldara, Pasalic and Malinovsky for the remainder of the group stage. It will be interested to see just how much the Italian side will miss these players going into the last Matchday vs Ajax!

What do you think? Will Ajax have enough to get through in a group with Liverpool and Atalanta? And what did you make of tonights performance? Be sure to let us know!

One thought on “What does tonight’s result mean for Ajax in the UCL?”

The rise of Sergiño Dest

The youth has the future: a brief analysis of the biggest upcoming Ajax talents

Big gloves to fill: who could replace Onana if he leaves?