Skip to content
All About Ajax specials General Match Previews 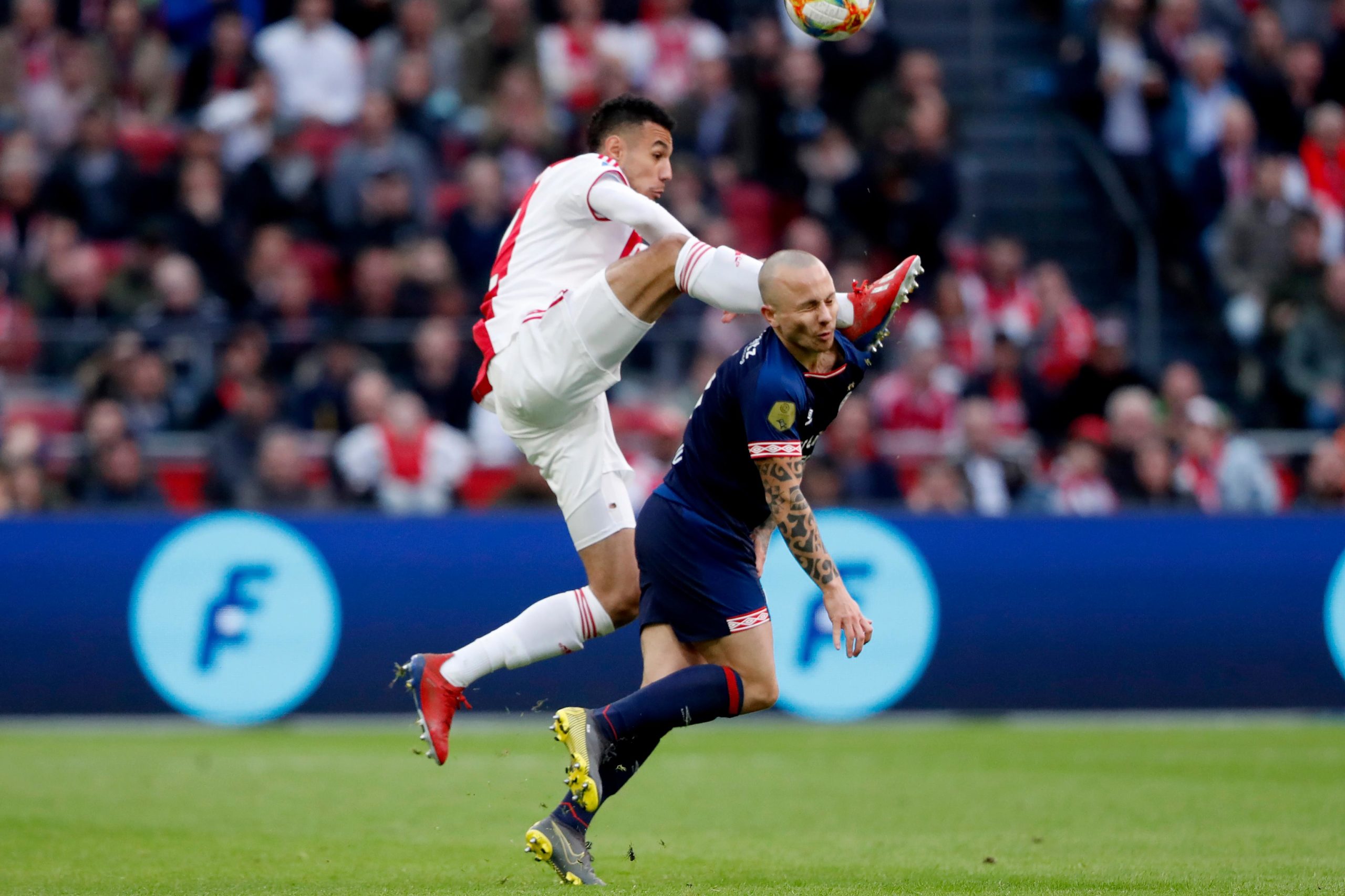 Ajax versus PSV, normally a game between the two best clubs of the Netherlands. This year, however, PSV is having a meltdown and Ajax has been in poor form for quite some time as well. What can we expect from this match?

Last season, Ajax – PSV was the game that made Ajax title favourites. PSV came to Amsterdam with a lead of five points but left without any points to take home. Ajax played one of their best games of the season, after even being a man down with 1-1 on the scoreboard. Goals by Tadic and Neres gave Ajax the victory; 3-1.

It’s totally different now. PSV is in 5th place and Ajax has an 11 (!) point lead over their bitter rivals from Eindhoven. PSV is on fire, and not in a positive sense. Head coach Mark van Bommel got fired in December and his (interim) replacement, Ernest Faber, hasn’t gotten the club back on track. The club has only won one of their last ten away games, which was after extra time versus an amateur side in the cup. PSV has to win to stay in the race for European football.

That being said, Ajax isn’t in the best of forms either. The team lost three of their five last Eredivisie games. The players were mentally and physically exhausted at the end of 2019 and weren’t quite woken up from their winter naps when they faced FC Groningen.

Both clubs have to perform on Sunday. PSV is definitely the underdog but still has a lot of pressure on them to get a result. Ajax has to win, to get back into the winning mood and to keep a three point lead over AZ. All in all, it will be a very interesting match where we think Ajax will take the victory.

Ajax has had some injury problems for its best players in the last months. Neres, Promes, Blind, and Ziyech were greatly missed. It seems like only one of those four is ready to play on Sunday; Quincy Promes. The others still aren’t ready, but Blind and Ziyech are showing promising progression.

Ten Hag fielded a very different XI in the match versus Groningen than most expected. A midfield with Siem de Jong, van de Beek, and Gravenberch didn’t work at all and Ajax lost the game. We expect him not to try the same tactic again. Carel Eiting has been one of the better players at Ajax every time he comes on, so we expect him to start with van de Beek next to him. Siem de Jong most likely replacement as CAM would be Promes since van de Beek is better as a box-to-box midfielder and Tadic will probably play as a RW. This means Traoré will be the starting striker versus PSV, the 19-year-old has shown great results at Jong Ajax so far.

PSV lost their strongest player, Steven Bergwijn, to Tottenham Hotspur in the winter transfer period. They did, however, strike a loan deal with AC Milan for left-back Rodriguez. It might be too early for him to already start, though. Bruma was PSV’s go-to right-winger but he might have lost his spot to Ritsu Doan, who’s younger and less experienced but a lot more dangerous.