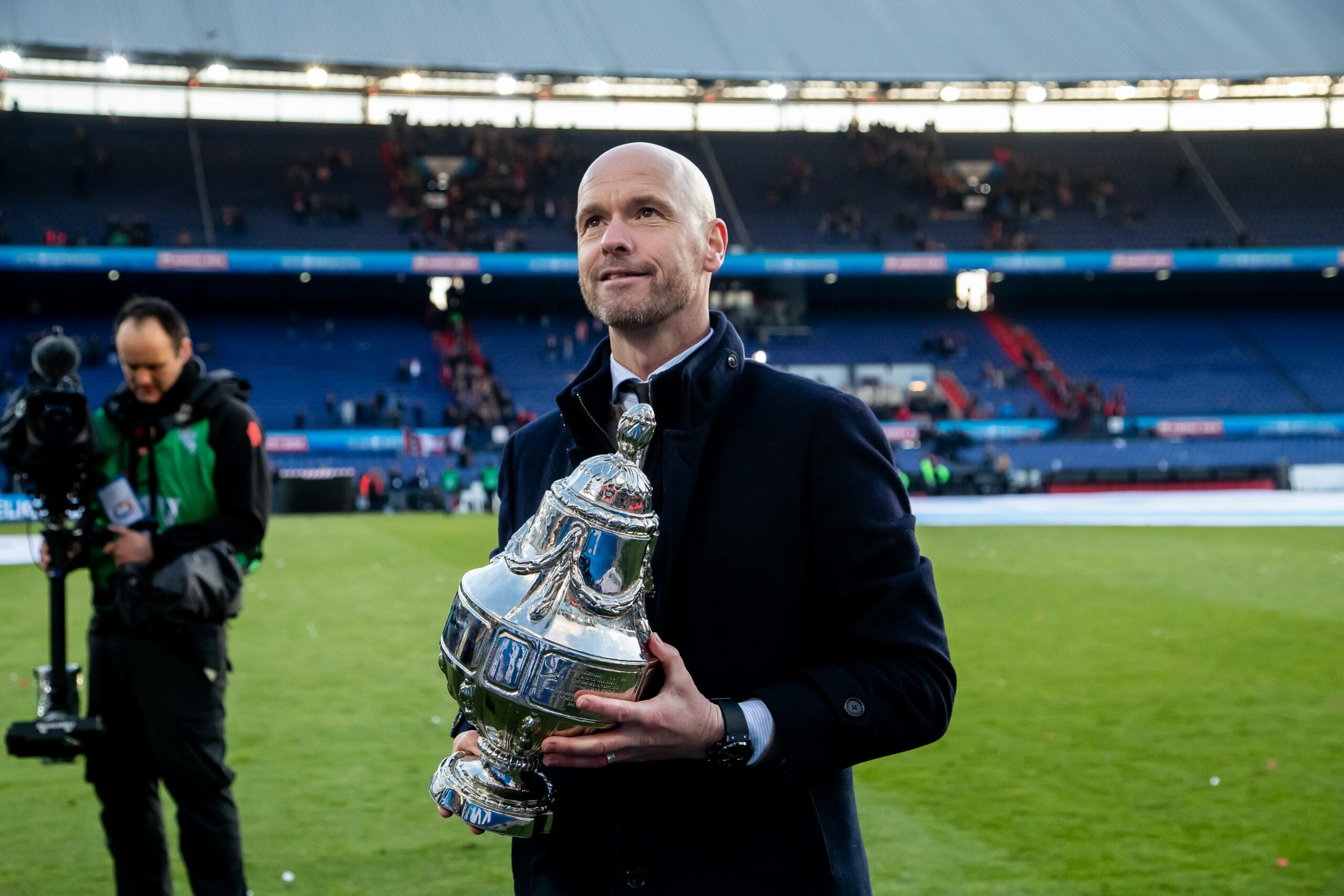 A 91st minute winner by David Neres helpes Ajax lift the KNVB Beker at the hands of Vitesse Arnhem.

Vitesse were reduced to 10-men when Jacob Rasmussen was sent off in the 86th minute after a late tackle on Antony.

It was Ajax who took the lead in the first half when Ryan Gravenberch drilled his effort into the roof of the net to score the first goal of the final. Gravenberch became the youngest goalscorer in the cup’s final since 1981 when former Ajax player Gerald Vanenburg also scored goal at 18-years-old himself.

The early goal advantage for Ajax was to be ruled out when Vitesse equalised seven minutes later with an easy tap in for Openda.

The game was level for the majority of the second half when Pasveer denied chances from Haller, Antony and Klaassen. A simply superb performance from the goalkeeper who was unlucky to fall on the losing side for this cup final.

The game was tense and tight, but it was Ajax who enjoyed more of the possession, after having 58%. Ajax managed to remain calm and controlled in possession, remaining patient in attack, waiting for that one chance to arise.

Ajax were left at bay throughout the final with Vitesse goalkeeping Pasveer having a stellar performance before conceding the stoppage time winner from David Neres.

The winning moment came when a Gravenberch cross was flicked on by Haller in the box where Neres was ready at the back post, ready to slot home the winner just four minutes after entering the field of play to replace his fellow countryman: Antony.

The KNVB victory comes just three days after Ajax were knocked out the Europa League to Roma. Silerware today is the perfect remedy after the headache of Europe.

How the final played out?

This is Ajax’s 20th KNVB Beker title, with last season’s cup cancelled, it means that Ajax are the holders for the competition for two consectutive campaigns. The closest to this achievement is Feyenoord, who have won the competition 13 times.