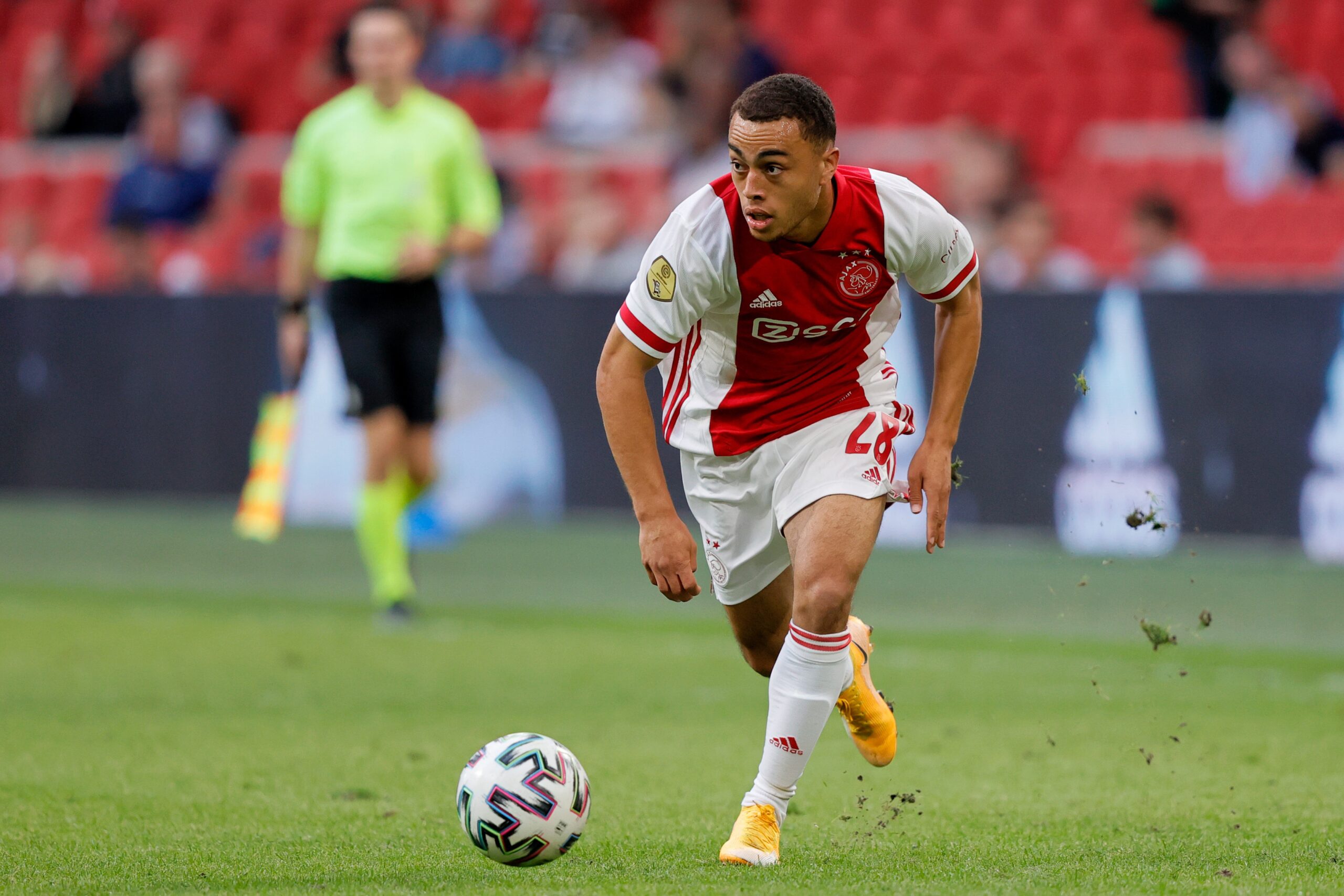 The extensive transfer saga has almost come to an end: According to different media Barcelona and Ajax have reached an agreement on Sergiño Dest. The 19-year-old right back costs around 20 million with a potential 5 million of add-ons. Bayern Munich and Barcelona were competing for his signature. Yet, another academy graduate of the school of Ajax makes the step to the very top of professional football. To celebrate this success story All About Ajax delves deeper into Sergiño Dest.

Sergiño Gianni Dest is the son of a Dutch mother and American father. Born (November 3, 2000) in Almere in the Netherlands he joined Ajax in the summer of 2012 from the academy of Almere City. At Ajax, he played in all of the youth teams before joining the first team in pre-season 2019/2020.

In the academy, Dest never really impressed the staff as a right winger. Mostly used as a substitute his mentality left something to be desired. He had to leave the spotlights to top prospects such as Ryan Gravenberch, Sontje Hansen, Naci Ünüvar, Kenneth Taylor and Brian Brobbey. Given the talented competition, Sergiño Dest was placed as a right back. It came as a surprise that he excelled on this position with his lightning-fast pace, skill on the ball and drive going forward. His attributes match the profile of a modern attacking right back, which are scarce in the top of the game.

Ajax recognized his far-reaching potential in defense when he joined Ajax 2, which is the equivalent of Ajax U21 competing in the Dutch second tier. He joined the second team officially in January 2019 and got promoted to the first team in September 2019 already, after playing a strong pre-season with the first team. In the end, he only played 18 games for the second team scoring once and assisting twice.

Dest took his chance in the pre-season of the 2019/2020 campaign, standing-out from the other young talents. The combination of his good form and Noussair Mazraoui struggling with injuries caused Dest to appear in the ‘first eleven’. From this moment, he played 38 games for the first team scoring twice and assisting six times. These numbers could have been higher if the season was not cancelled because of the pandemic. Besides his skills on the ball, Dest showed determination in defending and positional intelligence.

The meteoric rise of Sergiño Dest was noticed by the KNVB and the USSF. Both were competing for his commitment to the national teams. In the end, he felt more appreciated by the USSF as he played in the representing youth teams in the past. At this moment he has collected three caps for America.

Only 19 years old, Dest shows great promise. However, he has only played one season on senior level. Therefore, it is hard to say if he is good enough to play for Barcelona. If he is able to adjust to life in Catalonia and the level of La Liga, he could be the starting right back for the coming 10 years.

One thought on “The rise of Sergiño Dest”