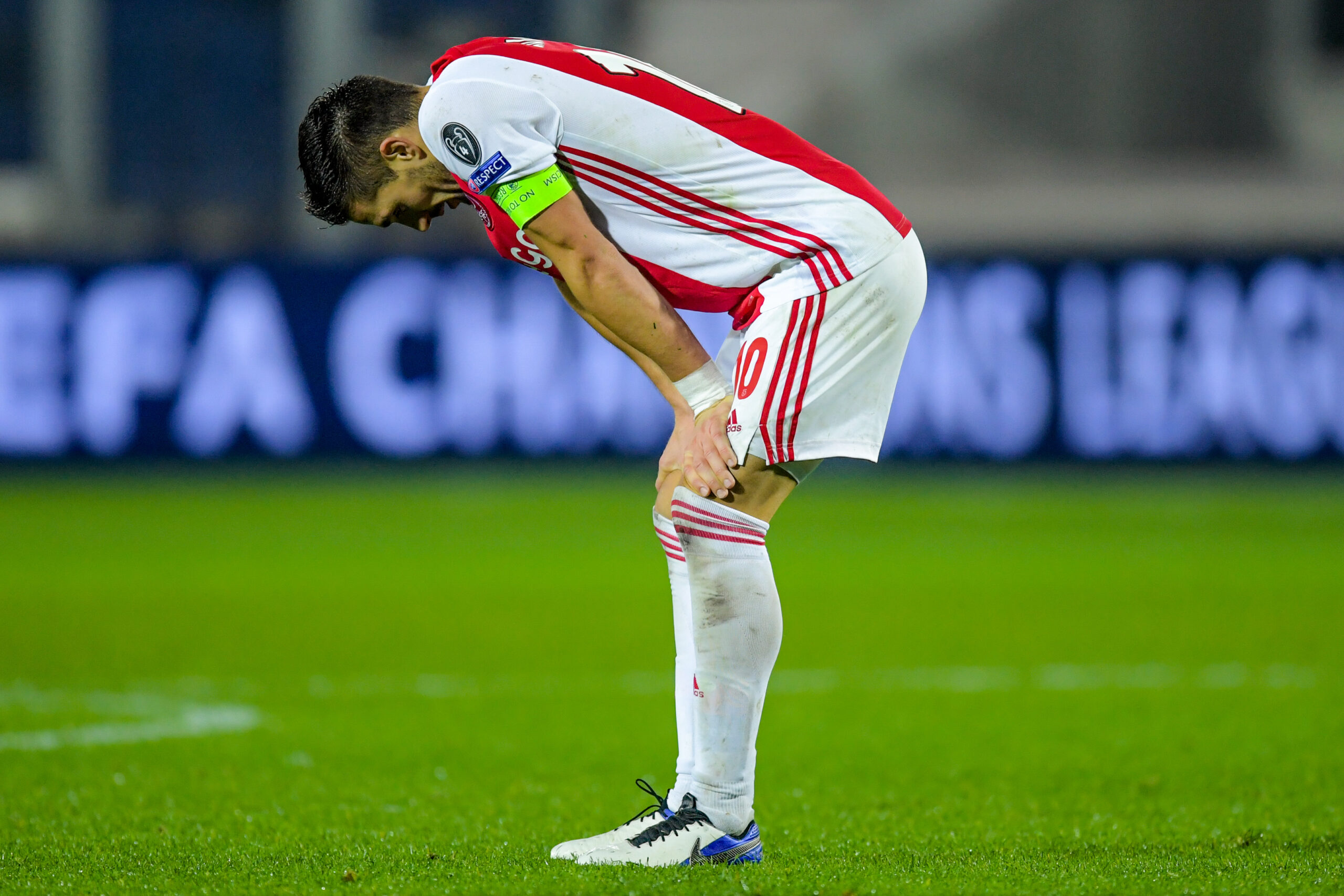 Ajax seemed to be heading for victory against Atalanta Bergamo in the second game of the Champions League group stage, but the Amsterdammers couldn’t hold onto a 0-2 lead after the break.

Ajax started the match in a super offensive line-up. Lassina Traoré started as a striker. Last Saturday, the forward had a big share in the historic league victory of Ajax against VVV Venlo (0-13). Traoré then scored five goals and assisted three more. In Bergamo, Brazilians Antony and David Neres flanked the striker from Burkina Faso in the attack.

Both teams started with loads of energy and forward drive. The wingbacks of Atalanta were threatening but couldn’t find any players to deliver to. Ajax was dangerous and Tadic and Traoré had a few small chances.

Just after half an hour of playtime, Ajax got a penalty. Gosens kicked Traoré when he tried to clear a cross, enough for Skomina and the VAR to award a penalty. Tadic didn’t hesitate and fired right through the middle of the goal: 0-1.

After that 0-1, the home side logically tried to get the equaliser. Onana, however, was hardly in any real danger. Ajax thus retained the lead and even expanded it before half-time. Neres got plenty of space on the left after a pass from Tagliafico and gave the ball to Traoré. The striker took advantage of the fact that Sportiello was unable to catch the ball and he somehow got it into the goal: 0-2.

Zapata runs the second half

A quarter of an hour after break, the tension in the duel was back. Papu Gómez crossed the ball in the 54th minute from the left, where Perr Schuurs made a covering error and Zapata headed it in nicely: 1-2. A few minutes later that same Zapata popped the ball again behind Ajax goalkeeper André Onana: 2-2.

Then both teams went completely for the win. There were chances on both sides. Ajax almost conceded a third, but Mario Pasalic fired right at Onana from close range. On the other side, it was Antony who had the 3-2 on his shoe. Goalkeeper Marco Sportiello saved handsomely though. Just before the full-time whistle, Antony had to be taken off the field on a stretcher, however. Let’s hope he’s okay!

Update: Ten Hag stated in a post-match interview that Antony’s injury looks to be only minor!