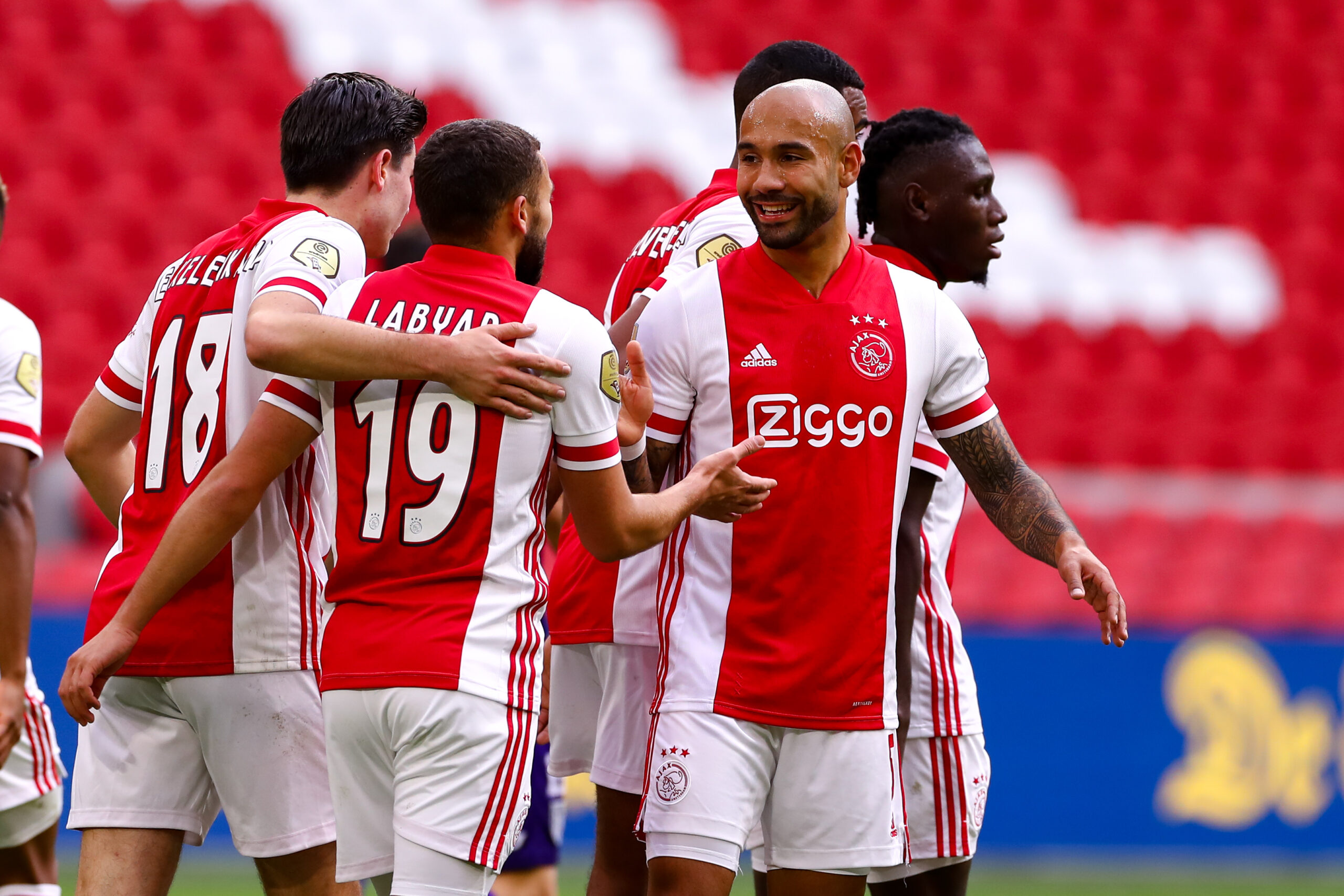 The scoreline shows an apparently easy afternoon for Ajax while facing Heracles Almelo. This was mostly true, but the Amsterdammers lose Klaassen, Mazroaui and Labyad due to injuries.

Heracles has proven to be a difficult opponent for Ajax in the last few years, the club from Amsterdam only managed to win twice in the last six confrontations. On Sunday afternoon Heracles was completely helpless versus Ajax, however. Compared to the last game, 0-3 victory versus FC Utrecht, only Neres was a different starter. He replaced Antony, who hasn’t yet recovered from his injury sustained in that FC Utrecht game.

The game was just six minutes underway when Traoré scored the opening goal. A pass by Neres dropped in front of him with a bit of luck and the striker didn’t hesitate and fired the ball past the Heracles goalie: 1-0. Just before the half-hour mark Neres scored the second goal. He got the ball in front of his feet after a deflected corner and struck the ball beautifully from the edge of the eighteen-yard-box: 2-0. For Neres it was his first Eredivisie goal since 1 November 2019.

Before half-time Ajax extended the lead to three goals to nil. A smart quick corner by Tadic was slotted in by Zakaria Labyad. The only downside of the first half was the forced substitution of Davy Klaassen after Heracles player Vloet injured him in the 25th minute.

After the break, Sean Klaiber came on because Noussair Mazraoui also sustained an injury, also from a foul from Vloet. Heracles was unable to force anything. Ajax did what it wanted to do and put the visitors’ backs against the wall. Dusan Tadic was allowed to score on the edge of offside after Perr Schuurs had penetrated deep and delivered the ball well: 4-0. The final goal was for Labyad, a rebound after Gravenberch saw his effort parried: 5-0. Moments later, however, the same Labyad also had to go to the side with an injury.

All in all, an easy afternoon for Ajax where not Heracles but the injuries were the biggest problem for the home side. On Wednesday night Ajax faces FC Midtjylland in the UEFA Champions League.