Skip to content
All About Ajax specials Analysis Youth Academy 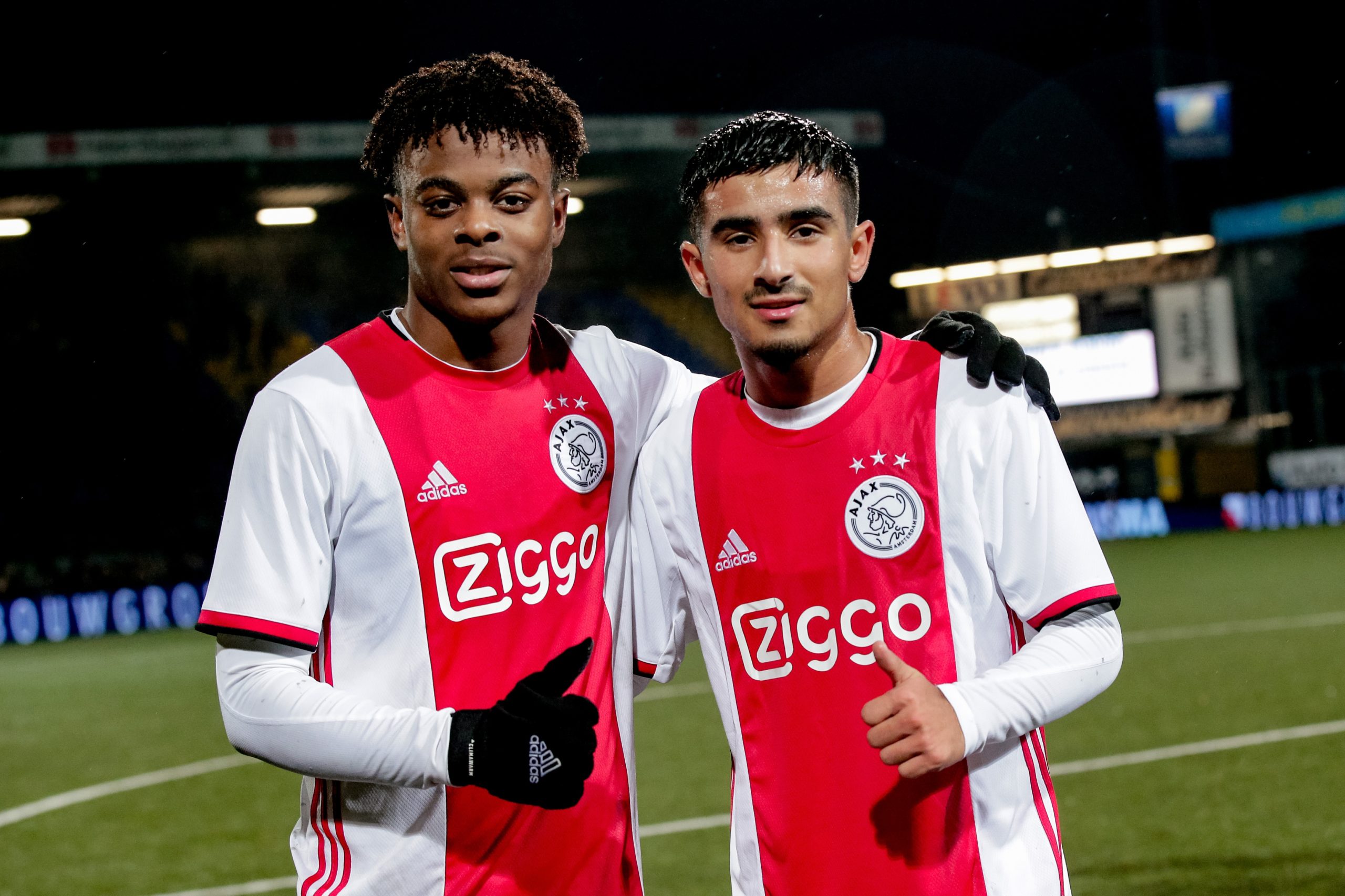 The Ajax academy is world-famous. Some of the world’s biggest stars were produced here in Amsterdam. Not without reason the slogan shown in the Johan Cruijff ArenA reads: ‘The youth has the future’. Ajax is built on their talents, but who are the next players ready to storm the scene? All About Ajax took a look at the biggest stars who’re already knocking on the door of the first team.

Ryan Gravenberch is the furthest in his development of the list. On the 23rd of September 2018, he already made his debut in the first team, a 3-0 loss versus PSV. This makes him the youngest Ajax debutant, ever. A few days later he scored in the cup game versus HVV Te Werve, also making him the youngest goalscorer for Ajax ever. The right-footed midfielder reminds us a bit of Frenkie de Jong. He has an amazing dribble and knows how to get past an opponent. He likes to play with his back to the opponent and turn around him with the ball. His creativity is also one of his strengths, he sees passing opportunities that the average footballer doesn’t.

Having said that, this is also a point he still has to work on. Gravenberch’s passing accuracy isn’t amazing. Sure, giving beautiful passes often means risky passes that might fail but in his position as a more defensive-minded midfielder that might cause problems. Another part of his game that needs development is his reliability. Right now, he gets dispossessed to easily and his work rate needs to go up.

With the right kind of training and dedication, we can see Ryan Gravenberch becoming a mainstay in the midfield of Ajax.

Lassina is the oldest of the bunch and also the one who joined Ajax the last. The Burkinabé striker is a nephew of ex-Ajax player Bertrand Traoré and joined Ajax’ sister-club Ajax Cape Town in South Africa in 2017. Two years later, when he was 18 and legally allowed to move to Europe he joined Ajax. In his first season for Jong Ajax, he immediately scored 8 goals in 14 matches and this season the counter in the second division is on 13 goals in 17 matches, great statistics! Since the beginning of 2020, he’s been almost always a part of the first team. Playing 12 matches already in which he scored 4 goals and assisted another 4.

Traoré is a very strong striker, but also fast. He has a great shot, usually, with the inside of his foot which means he can strike the ball very precisely but also with quite a bit of power. One downside is that his passing isn’t that great, especially for the kind of striker Ajax prefers to have. Like with all the players on this list, though, he’s still young. He can still learn that aspect of the game and become the first good Ajax-academy striker since Patrick Kluivert.

The player with the biggest potential of them all is Naci Ünüvar. He also made his debut in the first team at an incredibly young age, only forementioned Gravenberch and Patrick Kluivert were younger when they made their debuts. Ünüvar did, however, score on his debut per Ajax tradition. Ünüvar can play comfortably as either central attacking midfielder and left-winger. The youngster combines amazing dribbles, beautiful passes, and great goals with a formidable work ethic and drive. A perfect combination to become an absolute football star.

Ünüvar is still young, though. He still has to become a lot more efficient and steady. Having said that, almost nothing can stop him from becoming the next Ajax star.

The fact that his nickname is ‘Brobbeast’ could tell you enough about his appearance. Brobbey is built like a tank, especially if you consider he’s only just 18 years old. The striker completely decimated his opponents in Ajax u17 (26 goals in 24 matches) and Ajax u19 (42 goals in 49 matches). This season he started playing for Jong Ajax. In his first 600 minutes of professional football he’s played thus far he scored 7 goals, amazing statistics so far. Brobbey is an ideal target man, his physical strength ensures he wins almost all his personal duels with his direct opponents. His final strength might be a bit less obvious; he’s fast, really fast. He can outsprint most central defenders which is usually a hard ask for such physical strikers.

The main thing that could halt his progression is his reliance on his physical presence. Versus young players, it’s a massive strength but it could prove less effective against more experienced or even stronger defenders than himself. A target man doesn’t really fit the ‘Ajax-style’ either. A more versatile striker is often preferred in the first team. Yet, Brobbey can still progress a lot and he might fit that role better in the years to come.

Top scorer of the World Cup for u-17’s in 2017, which has generated a lot of interest in the 17-year-old. According to the Guardian Manchester City is very interested in signing the young wonderkid from Hoorn. His natural position is as a striker but he doesn’t play there very often anymore since Brian Brobbey is the logical choice on that position for his coaches. This means that Hansen gets positioned on the wings quite often these days, or as a central attacking midfielder. His positioning on the pitch is excellent which means he’s almost always free to receive a pass. He has quick reactions and can see openings that most defenders can’t see.

Still, on the number 9 position, he’ll be at his best. He’s a totally different kind of striker than Brobbey but more of an ‘Ajax-striker’. Whereas Brobbey is mostly a target man whose passing isn’t that great Hansen has an amazing pass. Ajax wants strikers who can help in the buildup and Hansen is a perfect fit for that role.

Only 17 years old but already a starting player for Jong Ajax and captain for the Dutch youth teams. Taylor is a midfielder, more of a defensive-minded one. He’s been at the club since he was 8 years old and considers himself a real Ajacied. His inspiration is Real Madrid player Toni Kroos and the two look quite a lot alike on the pitch. Taylor is as proficient with his right as his left foot and has an amazing free-kick. He can command his troops with a lot of authority and sees what has to be changed on the field. Taylor always gives everything he can for a victory and doesn’t shy away from a hard tackle in order to secure it.

A debut in the first team has not yet been achieved, as the only player on this list. Still, if Taylor keeps progressing like this there’s a good chance he’ll be captain of Ajax one day.

Jurrien and his twin brother Quinten both play for Jong Ajax. Quinten in midfield and Jurrien as a centre-back. We decided on Quinten for this list because he’s already made his debut in the first team and on the centre-back position it’s easier to become a mainstay in Ajax 1. Quinten is not very tall for a defender, standing at ‘only’ 1.79 meters tall. What he lacks in length he more than makes up for in speed, though. Being able to close gaps and having a good tackle under the belt are two great strengths for a CB to have. If the need comes he’s also able to play as a right-back, just like Joël Veltman currently does.

One thought on “The youth has the future: a brief analysis of the biggest upcoming Ajax talents”

What does tonight’s result mean for Ajax in the UCL?