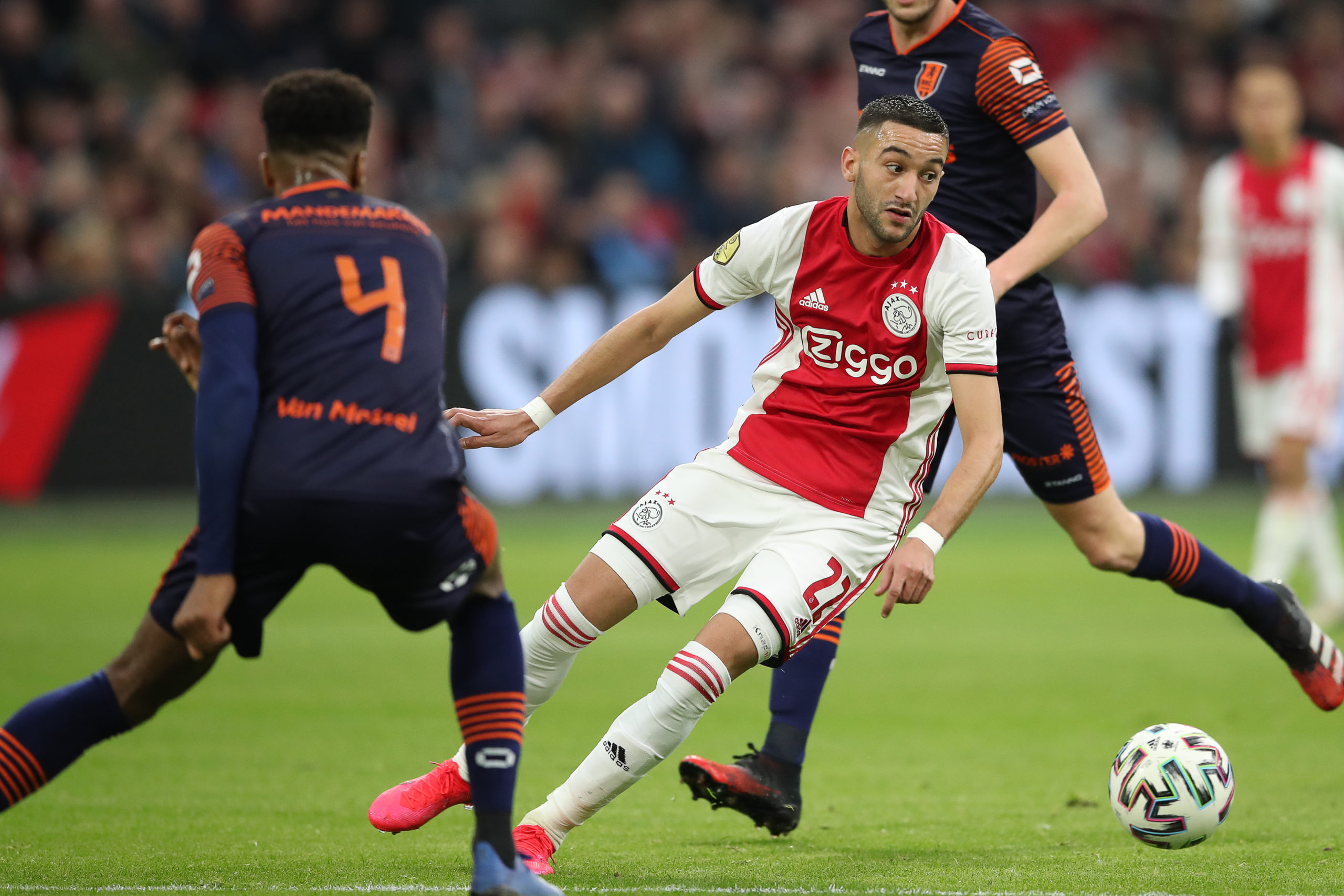 Ajax continued their winning ways on Sunday afternoon by beating RKC Waalwijk at home in underwhelming fashion. The goals scored by Dušan Tadić, Lassina Traoré, and Klaas-Jan Huntelaar were rare highlights of an overall quite dull match. Like a cat playing with a mouse, Ajax struck quickly but kept RKC alive for a little too long. Playing with the battery-saving mode on for ninety minutes, Ajax secured the victory in the second half. Ajax 3 – 0 RKC.

There were no surprises for the Amsterdam audience when the referee signaled for kick-off. The team that sits at the bottom of the table with just 13 points had come to visit the team that sits proudly on top of the table with 51 points, and the match reflected that. With the departing playmaker Ziyech officially back in business, Ajax got the first half underway with their usual approach of surrounding and siege. The intensity nor the pace of the attack were actually that high, but RKC didn’t push Ajax to try any harder. As they were patiently passing the ball around the opponent’s box, Donny van de Beek found an opening, dribbled into the box, got taken down and earned Ajax a penalty. Tadić struck the penalty with such precision that no goalkeeper could have ever saved it, and thus Ajax took the lead of the game in the 13th minute.

In the continuation of the first half, Ajax slightly loosened their grip on the visitors. It did not lead to any serious problems straight away, but in between the attacking waves of Ajax, you would now see the occasional rush by RKC into Ajax’ half. The defense, even without Daley Blind, was looking strong enough for the moment. Nicolás Tagliafico, in particular, was clearly on top of his game as he was leading the defense. RKC Waalwijk didn’t register a single shot until the 37th minute, when a fortunate deflection handed Sylla Sow a free shot at Onana, who saved anyway.

Ajax was struggling to extend their lead in the meantime. As the clock worked its way to halftime, Ajax grew more passive and lackluster. They still created plenty of danger in front of goal, and a handful of players had tried their luck at some point in the first half. Yet either the shot or the final pass would always disappoint. The Amsterdammers were seemingly not sharp or motivated enough to score more than one goal on RKC, the team that has conceded the most goals in the Eredivisie so far this season.

Thus the penalty that Tadić converted was still the only goal of the game when we reached the break. While the supporters were having a beer and a chat, Daley Blind was warming up during halftime. Erik ten Hag is trying to get both him and Ziyech fit to start in the Europa League match against Getafe on Thursday, so he substituted the Moroccan for Blind after the break. Lisandro Martínez made way for Blind in the center of defense and moved up to the midfield.

The second half started the same way the first one had concluded. Ajax were strolling rather than running across the pitch while they gave RKC slightly more possession of the ball than would be considered wise. In the 52nd minute, however, things suddenly clicked at the front. A quick passing play by Tadić and Van de Beek tore the RKC defense apart and allowed Lassina Traoré to tap the ball into an empty goal. He’d had two very similar chances earlier in the afternoon, but his shot had been wide of the mark both times. His efforts now paid off with the second goal of the game.

Even after the doubling of the lead, Ajax never really impressed. Any fans who had come to the Johan Cruijff ArenA hoping for a big commanding victory will have gone home again feeling disappointed. Ajax were playing on energy-saving mode, and it’s hard to blame them for it when you look at the schedule. The team got a little extra power in the final stages with the infusion of Jurgen Ekkelenkamp and Klaas-Jan Huntelaar. While the first fans were already making their way to the parking lot, Huntelaar got the goal he is always looking for. He put the final score on the board by tapping in a perfect low cross from Nicolás Tagliafico.

Ajax could afford to take things slow against a side that barely put up a fight against them in the same way they are barely putting up a fight against relegation this season. It’s therefore not strange that both players and staff seemed to have Getafe, rather than RKC on their minds. They will be heading to Madrid next week to continue their quest for European silverware, and I don’t think fatigue will be an issue.