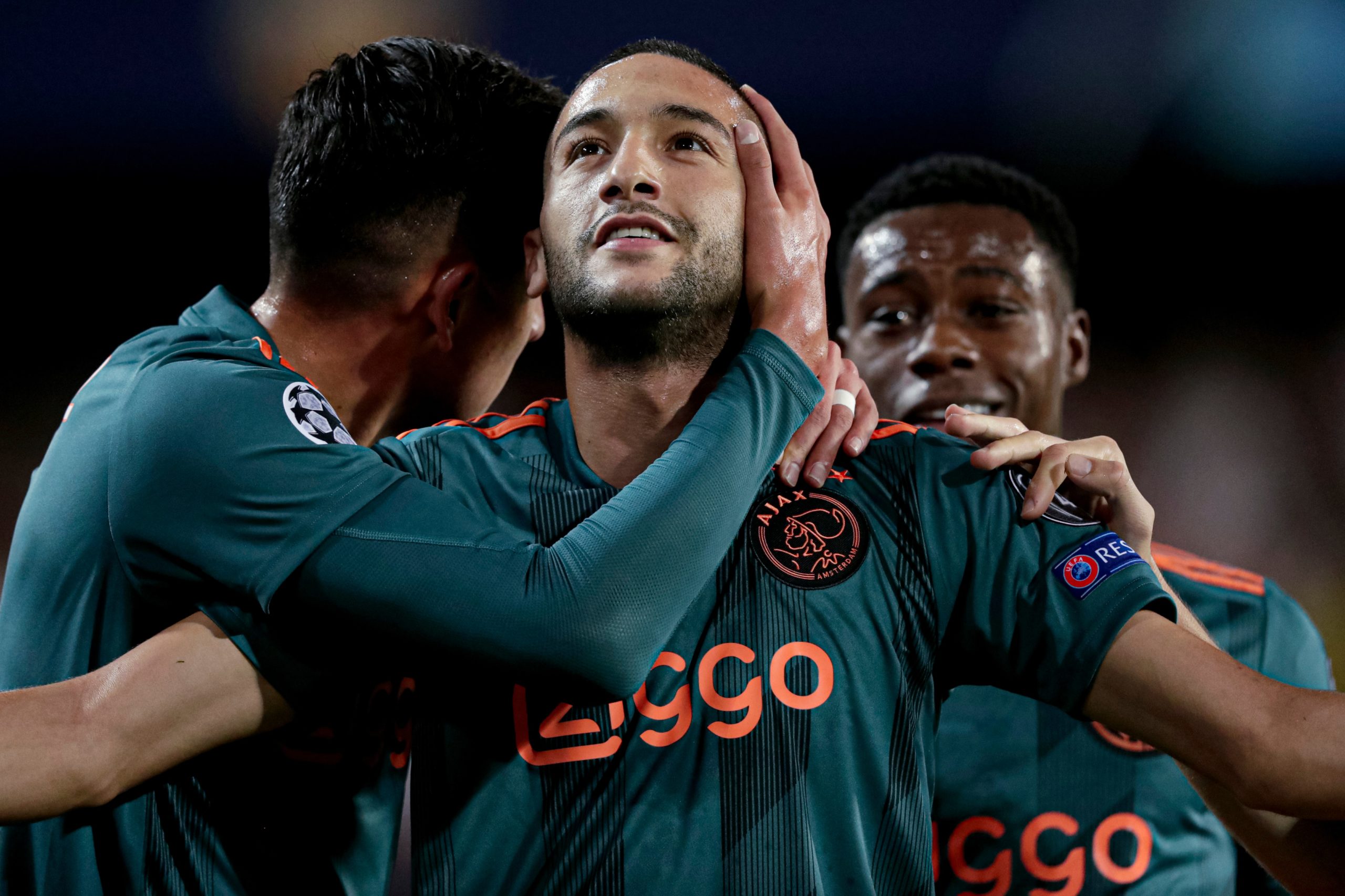 Ajax has officially announced the transfer of Hakim Ziyech to Chelsea FC. The Moroccan international will join the London based club in the summer of 2020. The clubs have agreed on a deal of € 40 million. This sum could potentially increase to a maximum of € 44 million, with variable factors.

The Moroccan playmaker has long been coveted by top foreign clubs. In the recent past, he was close to a transfer to AS Roma, while last summer Seville wanted to get him. Ziyech, however, was very picky and only wanted to leave Ajax if the overall picture was right. That is now the case with Chelsea.

Erik ten Hag stated he was proud of Ziyech after Ajax’ victory over Vitesse: “I’m not surprised about the news regarding Ziyech. I’ve known what Hakim wants for a long time. He’s got a picture in mind. He knows exactly which clubs he finds interesting and which he doesn’t. Chelsea is a fantastic club. When it’s done, I’m very happy for Hakim, and I’m very proud of it.”

Hakim Ziyech joined Ajax on the last day of the summer transfer period of 2016. He came over from FC Twente for € 11 million. So far he’s played 160 games for Ajax in which he scored 48 goals and assisted another 82.

Ten Hag: If Dest leaves we will get a new right-back