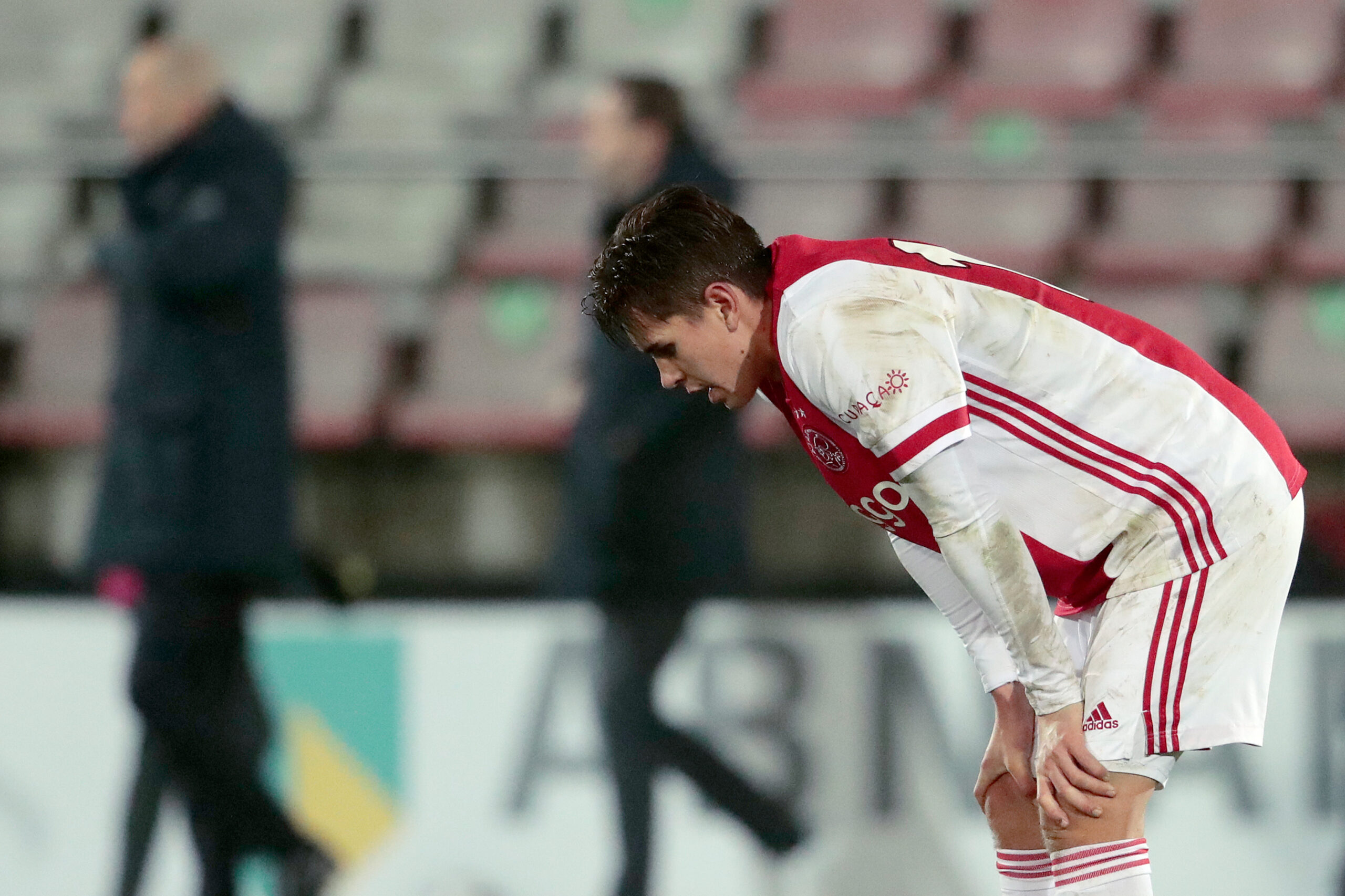 Jong Ajax is four straight games without a win after a victory slipped from their grasp against FC Eindhoven. A penalty in the last minute meant that the U23’s didn’t get the three points they worked so hard to get: Jong Ajax 1 – 1 FC Eindhoven.

FC Eindhoven was the dominant side in the first part of the match. Ajax-goalie Kjell Scherpen managed to keep his goal clean with a few outstanding saves. The goalie parried a concealed distance shot and was alert to a dangerous header. Half an hour into the game Jong Ajax took the lead. Devyne Rensch, a defender, went on a great solo and managed to score from a seemingly impossible angle.

Without playing amazing, Jong Ajax held its own afterwards. The talents didn’t create any more big chances – Victor Jensen did hit the post – but the team didn’t give anything away either.

Until the 88th minute… A long ball landed unluckily on the hand of Terrence Douglas, after which the referee pointed to the spot. Lorenzo van Kleef did not fail, and so two of the three points were lost.

Because of the draw against FC Eindhoven Jong Ajax dropped to eleventh place in the Second Division (Keuken Kampioen Divisie). Friday the 11th of December the team of Mitchell van der Gaag will visit the number three of the rankings: De Graafschap.