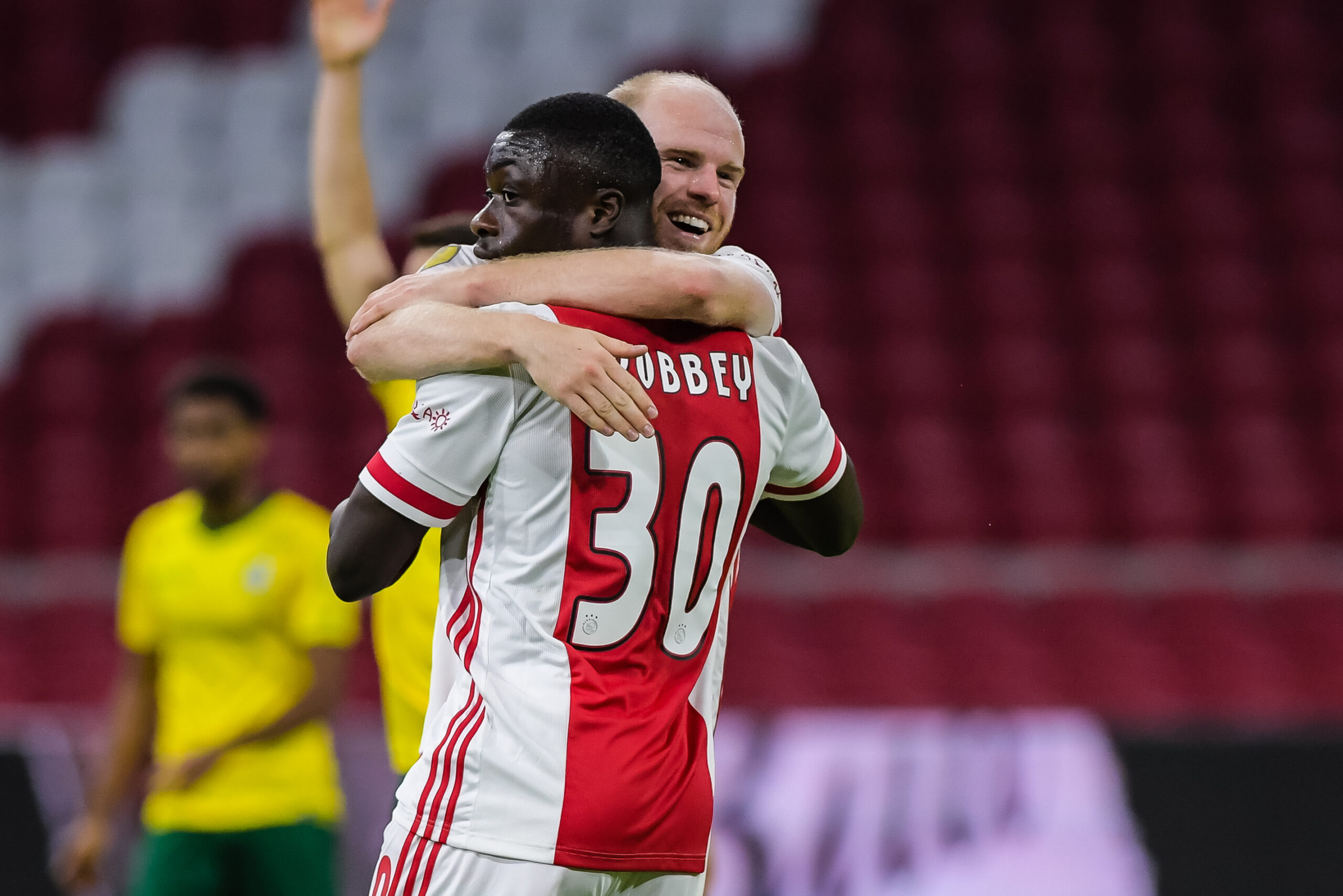 Ajax didn’t have a great evening against Fortuna Sittard. Three penalties and a goal by debutant Brian Brobbey made sure that they still beat the visitors with a large margin: 5-2.

Not every victory is the same. Where Ajax comfortably breezed past VVV-Venlo last week with a record-breaking 0-13 victory, this time it was hard fought battle. The visitors from Sittard even got an early lead because the Ajax defense still looked like they were sleeping. The defenders weren’t able to dispossess Zian Flemming, an Ajax academy product, and he found the incoming Cox – who slotted the ball home past Onana. Fortuna could have been 0-2 up after only 25 minutes but Polter failed eye in eye with Onana. After that Ajax finally woke up.

Jurgen Ekkelenkamp, who started in place of Tadic, missed two enormous chances before Lassina Traoré was fouled in the 18-yard-box. Klaassen scored the rebound after his penalty struck the post; 1-1. Just before halftime Klaassen got Ajax in the lead. An amazing cross of Neres was headed on the crossbar by Traoré and once again the vice-captain scored the rebound.

Even in the second half Ajax wasn’t great. Fortuna was dangerous with a few chances for Flemming but didn’t find the back of the net. In the 66th minute Brian Brobbey made his first team debut for Ajax, and in true Ajax-fashion the 18-year-old scored on his debut after just 10 minutes. The goal was a rebound, once again, after Neres hit the post. A few minutes before the final whistle Tadic, who replaced Antony, scored another penalty which was given after a handball.

In the six minutes of injury time both teams managed to score. Ajax scored yet another penalty, after another handball. This time Tadic gifted the penalty to Promes, who’s been struggling with his form for quite a while, he didn’t fail from the penalty spot. In the dying moments of the game Cox scored his second of the night for Fortuna from great distance, the best goal of the game.

Ajax won the game with convincing numbers, but the field play wasn’t great at all. The players will have to do better on Tuesday when they face FC Midtjylland in the UEFA Champions League.