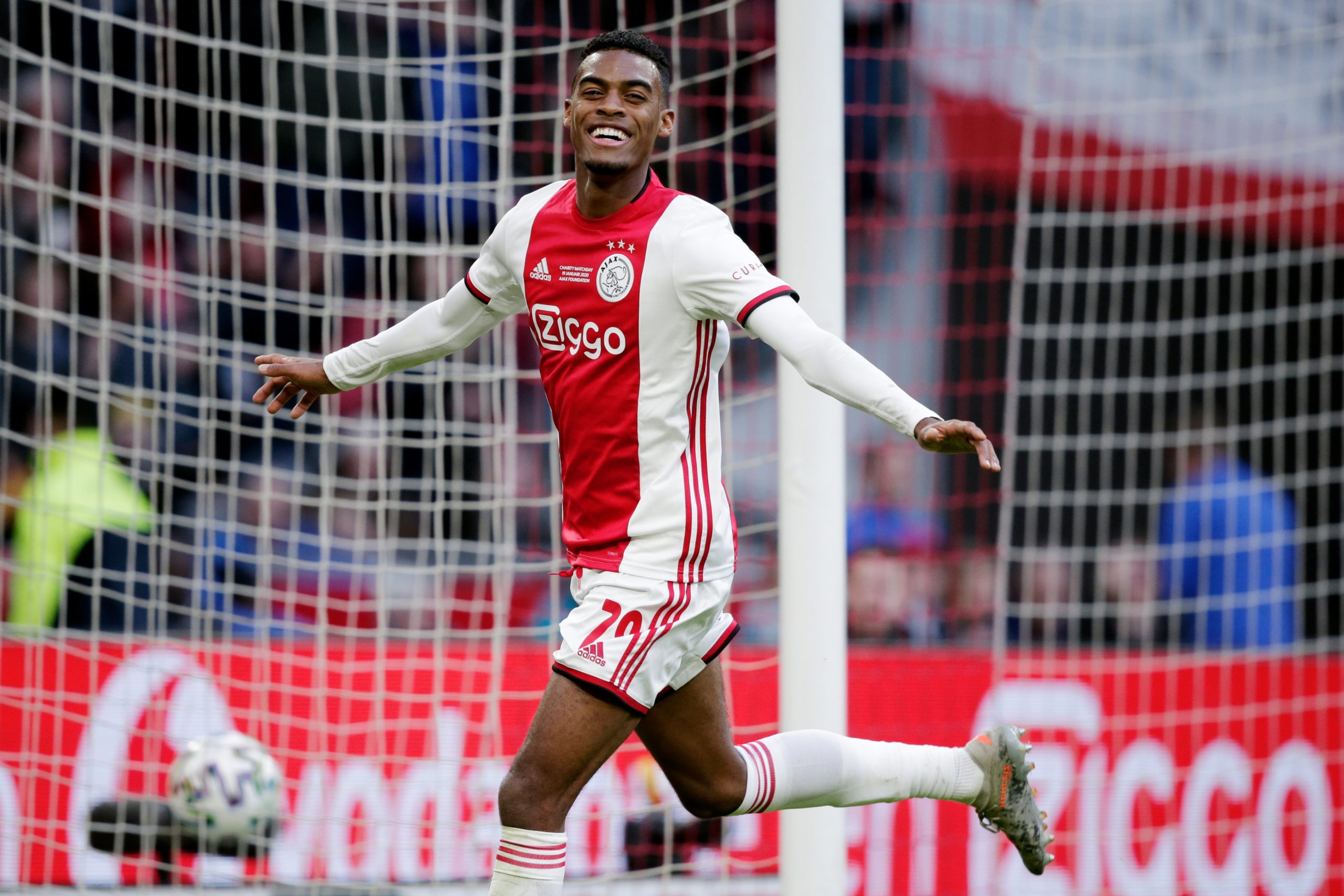 The second half of the Eredivisie season has started with a hard-fought victory for Ajax. Sparta came to visit on Sunday afternoon, and they put up a better fight than one would expect of the team in 11th place. Though Ajax was dominant at times, they were caught out by the opportunistic Rotterdammers on multiple occasions and were lucky to come out on top when 90 minutes had been played. Donny van de Beek and Ryan Gravenberch scored. Ajax 2 – 1 Sparta.

Both AZ Alkmaar and PSV had dropped points earlier in the weekend, and the Ajax squad must have been well-aware of the big step that could be taken with a victory. Ajax started on a cold afternoon with two Ryans in their ranks. Ryan Gravenberch, the 17-year-old youth product, appears to have convinced Erik ten Hag over the winter that he is ready to be a starter on the midfield. Ryan Babel, the 33-year-old veteran who joined Ajax on loan from Galatasaray, inaugurated his third stint with Ajax on the right flank. Quincy Promes returned from his injury.

The first shot of the game was fired before the opening minute had even gone by. It was surprisingly directed at André Onana’s goal, who saw Ragnar Ache’s effort hit the outside of the far post. Ajax quickly took control of the match after this initial hick-up. The revamped front line of the Amsterdammers looked lethal in the opening stages, and the Sparta defenders faced a handful of players who were constantly moving, switching and running in behind. Chances soon followed.

Dušan Tadić went one-on-one with the Sparta goalkeeper in the 11th minute because Ryan Babel enabled him with a clever headed pass. Tadić was beaten by Harusch, however, who played a very good match between the posts of the visitors. Yet, he stood no chance when Donny van de Beek opened the scoring just four minutes later. A shot by Hakim Ziyech ricocheted off a defender and the ball fell in Van de Beek’s lap. He showed Tadić what a proper finish looks like.

Quincy Promes volleyed the ball high over the bar. Hakim Ziyech shot from distance but was denied by the keeper. Tagliafico and Martínez, the Argentinian tandem, both tried their luck from a corner kick. Ajax weren’t slowing down, but they weren’t very successful either. Sparta Rotterdam fell back deep into their own half, and they would try to find their two rapid attackers, Joosten and Ache, whenever they got hold of the ball. Even though Ajax started showing signs of vulnerability to counter-attacks towards the 45-minute mark, the match remained balanced. In this balance, the first half wrapped up without any more goals on either side.

The Ajax players and fans alike were understandably disappointed with the last twenty minutes of the first half, which were totally unfruitful. Ten Hag did not make a substitution during the break, however. For Ryan Babel, the second half started with his biggest opportunity to score in his return match. Ariel Harusch saved his header from close range. Then, not much later, Hakim Ziyech was sitting on the grass. He seemed to have injured his calf in what looked like a harmless duel. He immediately signaled that he could not continue, though he did not need help walking off the field. Jurgen Ekkelenkamp was his replacement in the 59th minute, forming a midfield of home-grown players only.

Despite the loss of their playmaker, and despite everyone in the Johan Cruijff ArenA fearing the worst, Ajax doubled their lead in the 60th minute. There was barely any space to work with in the Sparta box, but Tadić, Ekkelenkamp, and Gravenberch still found their way through the defense. Gravenberch was on the end of it, scoring the 2-0 with his weak foot. He scored twice and assisted once in the last two Eredivisie matches. While you would expect the second goal to be liberating, and to secure the victory for Ajax, that was not the case. Ajax lost their grip on Sparta as the second half progressed.

The match developed into an absolute thriller in the last half-hour. Ajax grew sloppier and slower as Sparta shifted to a higher gear. The visitors managed to pin Ajax down on their own half at times, playing with more aggression and purpose. They got the better of Ajax in the 74th minute. Joel Piroe got away from Veltman and Mazraoui, who both seemed indecisive, and fired a shot past André Onana. Ajax had been warned just a minute earlier when Harroui’s shot rocketed the post, but they still allowed Sparta to get on the board.

Ajax was on the ropes and Sparta smelled blood. The Rotterdammers launched an all-or-nothing offensive on Ajax’ goal, and they were very nearly successful. Lisandro Martínez stepped up to produce a fantastic save with his head, clearing the ball off the line via the post. Joel Veltman also saved the ball off the line two minutes later. Onana redeemed himself for a poor overall performance by blocking Sparta’s last attempt on goal with a fabulous save. Quincy Promes received a yellow card for time-wasting, and then the final whistle sounded.

It wasn’t pretty, but Ajax got the result. Ajax take some more distance from AZ and PSV, and they now sit a little more comfortable at the top of the Eredivisie with a six-point gap below them. Erik ten Hag has a lot of thinking to do, however, because the team is not performing at their maximal capacity. The next few days will reveal the gravity of Hakim Ziyech’s injury, which could have big consequences for the coming matches.