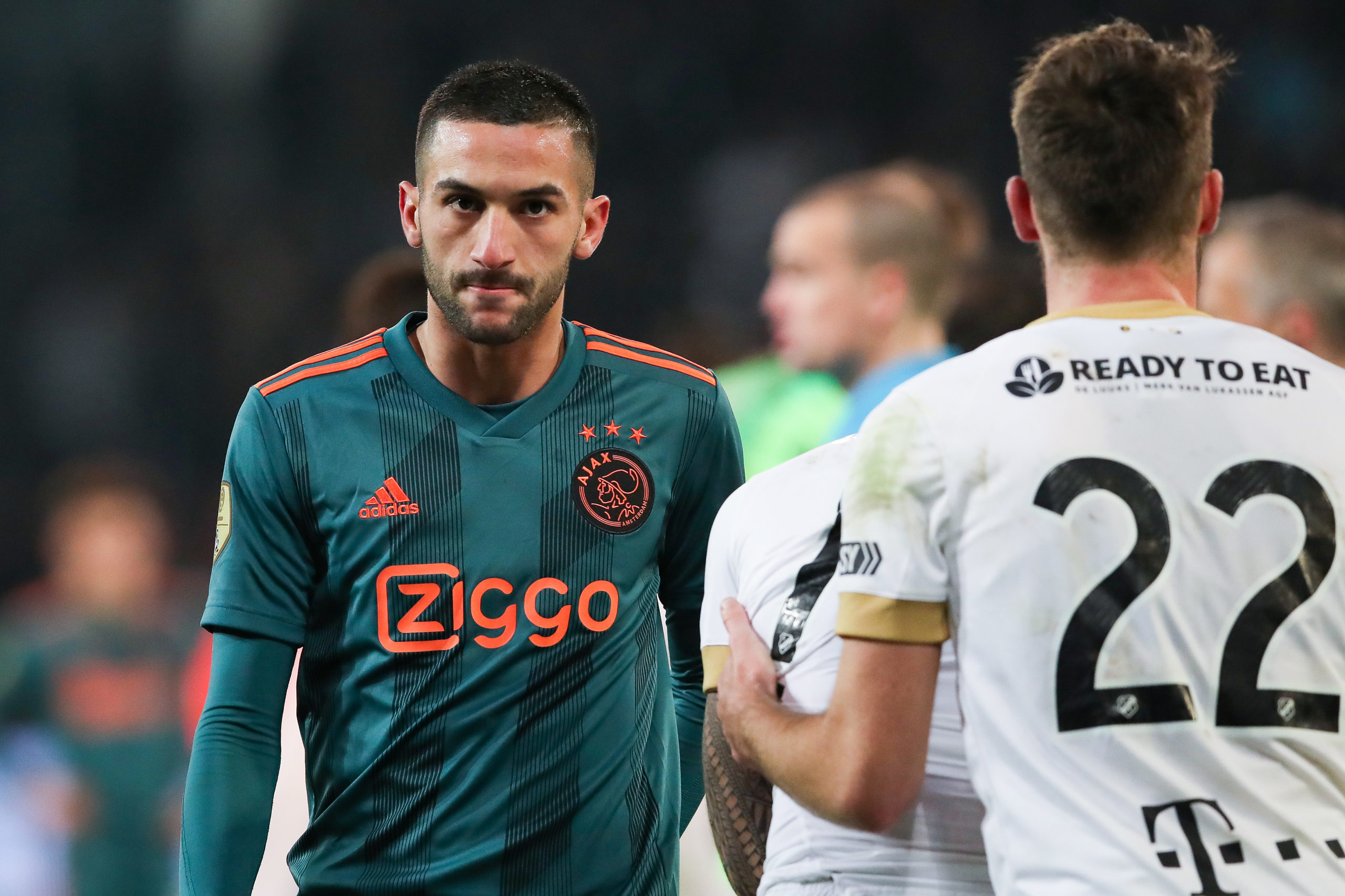 Ajax have failed to reach the final of the KNVB Cup on Wednesday night after a disappointing performance in Utrecht. From start to finish, Ajax never looked like winning, and the final score is a fair reflection of the match. Thus Ajax’ dramatic string of losses is extended once again, and yet another trophy disappears from view. FC Utrecht 2 – 0 Ajax.

Besides a rather scrappy first few minutes, Ajax wasn’t playing all too bad in the opening stages of the match. With Edson Álvarez and Jurgen Ekkelenkamp to replace Perr Schuurs and Carel Eiting in the starting eleven, Ajax at least managed to orchestrate an occasional build-up and to even create chances in front of goal. Nicolás Tagliafico came the closest to scoring in the first half, shooting from distance but being denied by the fingertips of Jeroen Zoet.

On the other side of the pitch, however, defenders were struggling just as much. FC Utrecht had obviously adopted the same strategy that has worked against Ajax for so many other teams in recent weeks, and who can blame them. While staying very compact and disciplined in the back, a small handful of fast runners would always emerge whenever Ajax lost the ball and the opportunity of a counterattack arose. Yet the Utrecht strikers seemed to lack the precision and smarts to correctly execute a counterattack, so the hosts only managed to score the opening goal when they converted a free-kick in the 33rd minute. Simon Gustafson chose to swing in a cross instead of a shot and found Sander van de Streek, who could head the ball past Onana unchallenged.

Ajax never really recovered from this initial blow in the first half. Their reaction to yet another set-back was not a good one. They lost all control of the match and seemed to even struggle with completing more than three passes in succession. FC Utrecht’s lead might as well have been doubled before halftime, but the hosts missed multiple chances to do so. Ajax came back from the dressing room in slightly better shape. The Amsterdammers would now find themselves on the ball in the box of their opponents more often than before, but that box was always crammed with defenders whenever they did. Daley Blind looked at the impenetrable wall of Utrecht and decided to just shoot from distance and only missed the target by an inch. Ajax would not come any closer to fighting back in the rest of the match.

FC Utrecht scored their second on the night in the 65th minute when Edson Álvarez pretty much gave it away for free. No matter how bad Ajax’ defense was looking throughout the match, Utrecht’s strikers were only ever dangerous, not lethal. But Ajax’ fate was sealed when Álvarez went for an unnecessary sliding tackle and clumsily floored Van de Streek inside the penalty box. Simon Gustafson is known to be a penalty specialist, and he delivered. In a desperate attempt to force two late goals, Erik ten Hag brought in Klaas-Jan Huntelaar, Danilo Pereira, and Razvan Marin. It did not help, however, and everyone on the field for Ajax seemed to accept the loss rather early. Stadion Galgenwaard erupted with cheer as the final whistle blew and Ajax had been beaten.

After saying goodbye to the Champions League and the Europa League, Ajax and supporters now have to say farewell to the hopes of prolonging the KNVB Cup title. These are dark days for Ajax: the club is taking bad blows one after another and is absolutely unrecognizable as the side that kicked off the season so convincingly last year. The Eredivisie is the only podium left to fight on, but while Ajax are still on top of the league, they now have every bit of momentum going against them. Come Saturday Ajax will face another difficult away game at SC Heerenveen.