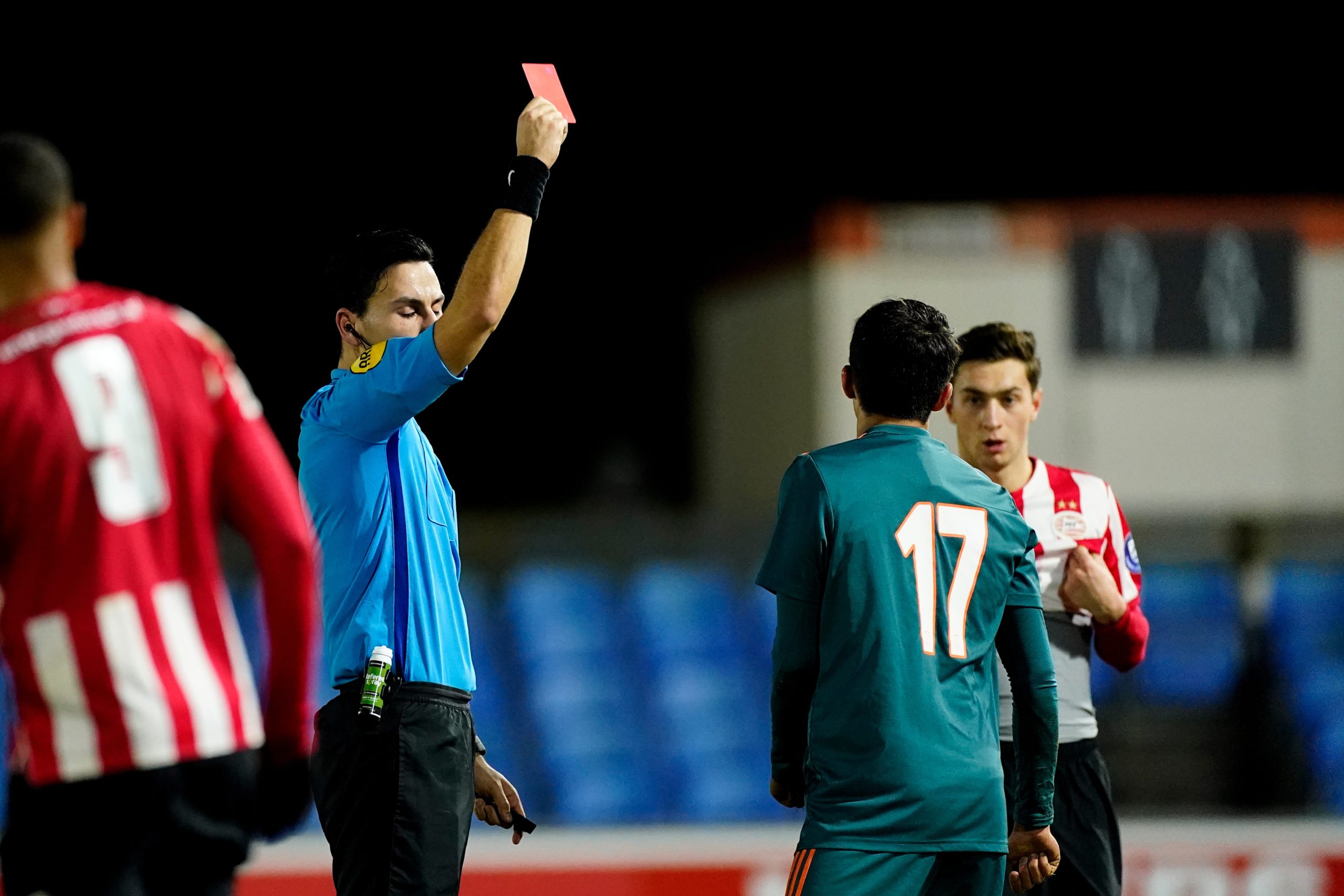 Jong Ajax have started the year with a draw in the ‘Mini-topper’. They faced the prospect team of PSV a few days after returning from their training camp in Spain, and they looked slightly off-color. There is a 26-point-gap between the two teams, but the match did not reflect that. Jong Ajax, who started with Sergiño Dest in the back, looked toothless and clumsy at times and failed to score in Eindhoven. Only the debut of Anass Salah-Eddine and the return of Hassane Bandé are worth celebrating. Jong PSV 0 – Jong Ajax.

The match began with a promising start to the first half. Jong Ajax showed more initiative and saw more of the ball than their opponents, but they struggled to generate significant chances. Jong PSV were playing according to their underdog status, as they relied mostly on quick counter-attacks to create danger. The match seemed well-balanced that way, and both sides had a few attempts on goal before half-time. JPSV’s Cyriel Ngonge en Shurandy Sambo both tested Kjell Scherpen but failed. Jurgen Ekkelenkamp provided the most danger on the other side of the pitch, but his accuracy left a lot to be desired.

The Ajax youngsters had a poor restart to the match when they returned from the dressing room. They found themselves suddenly overwhelmed by a better, more aggressive Jong PSV. Ajax was also forced to replace Liam van Gelderen, who picked up a muscle injury, with Leo Thethani. The hosts soon got very close to the opening goal. Kjell Scherpen saved two shots by Mathias Kjølø in five minutes, and the second of which was such a big opportunity that Jong Ajax were lucky to still be level.

Jong Ajax got back to business when the clock passed the hour mark. They regained control on the field and pushed Jong PSV back into their own box. Yet the last line of defense remained impenetrable to the Ajax forwards. Jurgen Ekkelenkamp thought he was free to shoot on goal, but he was spectacularly denied by defender Mees Kreekels with a last-ditch effort. Sergiño Dest reached the PSV goal after a slick passing combination with Enric Llansana, but he saw his shot saved by the goalkeeper.

Time was running out for Jong Ajax, who worked their hardest but reaped no results. They seemed more afraid to draw than to lose, and they started taking increasingly large risks by sending more and more men forward. Ekkelenkamp and Pynadath both had minor chances to score, but Jong Ajax was vulnerable to counter-attacks. That same Joshua Pynadath unleashed a horrible sliding tackle on the ankles of Olivér Horváth, who was off to set up one of those counter-attacks. He deservedly received a red card in the 90th minute. The match finished after four minutes of added time.

A victory would have closed the gap between Jong Ajax and Cambuur, the leaders of the second division. This draw on Monday night means they are still trailing by two points. Jong PSV deserve a lot of credit for holding Ajax at bay with three debutants in the squad: a good performance in the midst of a bad season.