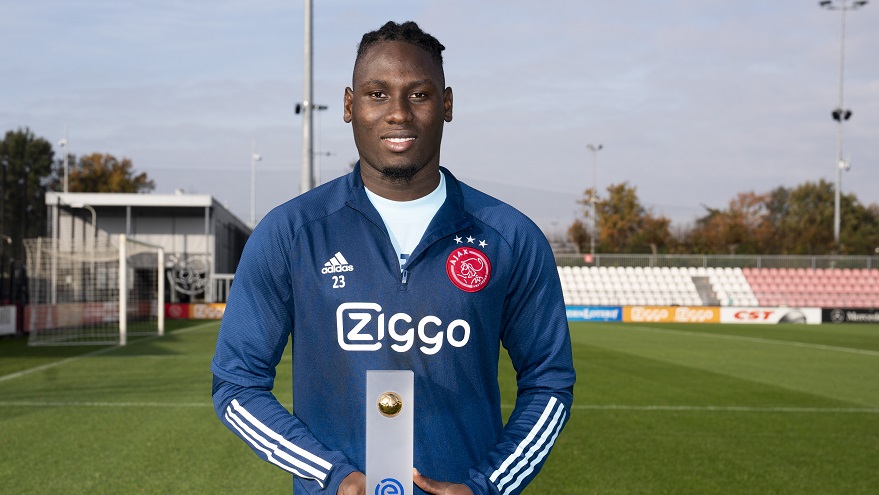 Lassina Traoré was named Eredivisie Player of the Month on Friday. Based on statistics, the Ajax striker performed best in October. Danilo, who’s on loan from Ajax at FC Twente, will receive the award for U21 Player of the Month.

Traoré started in October as substitute (1-0 loss at FC Groningen), but he started each of the last three matches. The 19-year-old Burkinabe beat sc Heerenveen (5-1), VVV-Venlo (0-13) and Fortuna Sittard (5-2). In the historic victory at VVV-Venlo, Traoré was the big man by being involved in eight goals, the first player this century with this achievement.

All five shots on goal by Traoré ended with a goal in Venlo. With his 19 years and 286 days he was in the top three of youngest league players with five goals in one duel. Only Hans Venneker (17 days younger) and Marco van Basten (91 days younger and also the last Ajacied since 1985 with at least five goals in one game) were younger. “The fact that I’m on a list with Marco van Basten makes me really proud,” beamed Traoré afterwards. The Ajax striker was also important with his assists. He made three colleagues score, making him the first Ajacied with three assists in one Eredivisie match since Frenkie de Jong in 2017.

Traoré was just ahead of Henk Veerman (sc Heerenveen) and Ridgeciano Haps (Feyenoord) in the battle for the official prize. It is the first time Lassina Traoré was named Eredivisie Player of the Month.