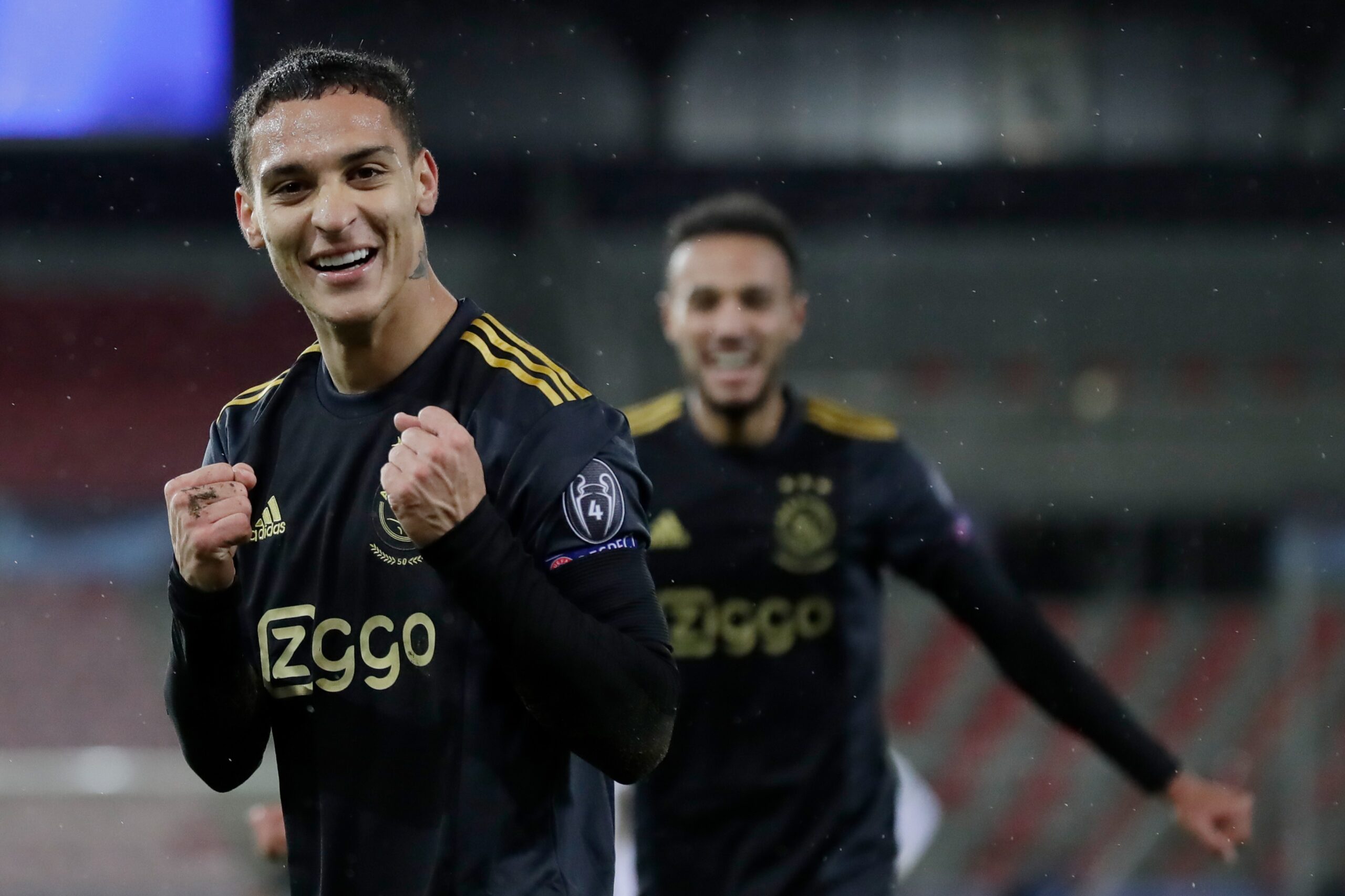 On Tuesday evening, Ajax played an all-important match in the Champions League against Midtjylland. After all the corona problems at Ajax, a very solid team started. Ajax started out great but had a lot of difficulties seeing out the match.

There was enormous chaos beforehand because of a wide-ranging corona outbreak within the selection of Ajax. After a lot of wrangling, coach Erik ten Hag was finally able to start very representative XI. Davy Klaassen arrived just in time but still had to start on the bench.

Ajax played a very sloppy first half. And all this while the start was still so flashy. Antony scored the 0-1 in just 48 (!) seconds, our second-fastest European goal ever. A quick attack via Promes and Tadic reached the Brazilian winger who scored a lovely goal at the far post. Less than ten minutes later Ajax scored another goal. The Danish goalkeeper illegally handed the ball in his own penalty-box and thus Ajax got an indirect free kick three metres from the goal. Even with all eleven players of Midtjylland on the goalline, Tadic found the back of the net: 0-2. An easy evening seemed to be in the offing, but nothing was further from the truth.

Only a few minutes after the 0-2, Midtjylland scored. Anders Dreyer was allowed to shoot from sixteen metres of the goal without any resistance and outsmarted André Onana with his left leg in a beautiful way: 1-2. It was a nice shot, but apathetic Ajax defending was the origin of the goal. In the remainder of the first half, it was a matter of waiting for the equaliser, because Ajax did everything wrong they could. However, the Danes missed a couple of big chances and Ajax made it to halftime with their lead still intact.

During the break Ten Hag did what he had to do: bring Klaassen instead of the completely failing Jurgen Ekkelenkamp. From that moment on Ajax’s game became more at ease and they had nothing more to fear from the technically rather limited Midtjylland. Nevertheless, Ajax remained sloppy on the ball from time to time and suffered far too many ball losses. After more than an hour, Edson Alvarez came on for Perr Schuurs and that was an instant improvement.

Twente minutes before the final whistle Ajax thought to secure the victory. Noussair Mazraoui played himself free in the midfield and gave a stab at Antony, after which the Brazilian fired a good shot. The VAR, however, watched the goal and noted that the Brazilian was offside at the time of play. Even after that, however, Ajax remained the better team and had the ball back quickly. That did not lead to any real chances, but it did lead to a shot opportunity for Mazraoui and others. However, he lacked strength and would be substituted shortly after.

Neither team was really dominant in possession of the ball and so the clock slowly but surely tickled towards the ninetieth minute. After that the referee added another six minutes of extra playing time, but that didn’t make for any significant moments either. In the end, Ajax was able to win by a narrow margin of 1-2 and score the first three points in the Champions League campaign.