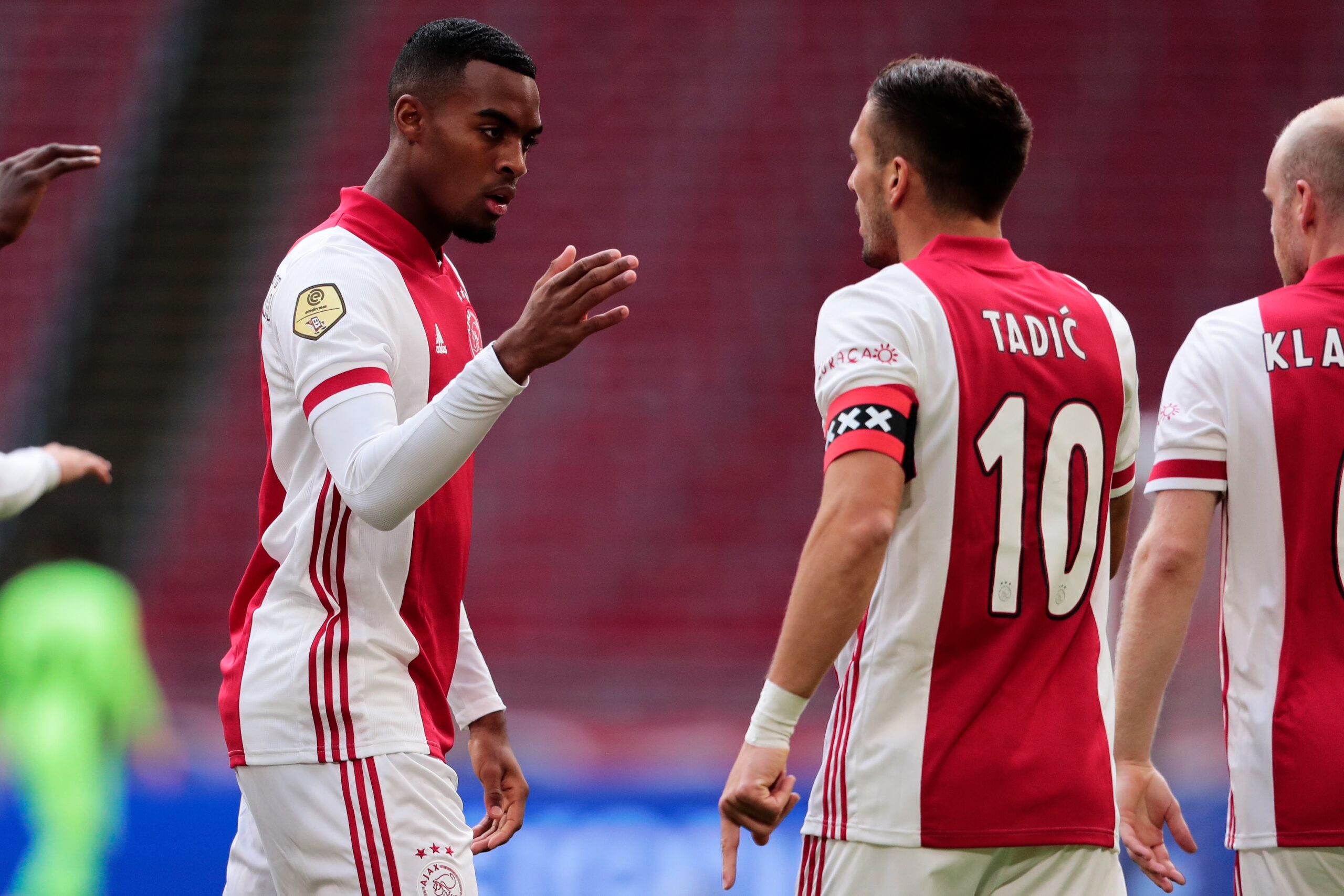 Ajax has good hope that Andre Onana, Dusan Tadic and Ryan Gravenberch are able to play in tonight’s Champions League fixture against FC Midtjylland. The three players arrived in Denmark late yesterday evening and are hoping to play tonight.

On Monday the team travelled to Denmark with only seventeen players for the upcoming match against Midtjylland. Eleven players, including some of this year’s strongholds, were forced to stay behind in Amsterdam. They all tested positive for Coronavirus on Monday morning.

Since the UEFA uses a different method of testing, some players tested positive while they would have been tested negative with another method of testing. The Danish authorities supposedly weren’t allowing the players into the country. A similar situation as with Cyprus, who weren’t allowing some PSV players into the country in their last Europa League fixture against Omonia Nicosia.

The situation has changed, however, making it possible for some players to travel to Denmark and possibly play tonight. Onana, Tadic and Gravenberch have had to take a new test this morning. If the test turns out negative, they’ll be able to play. For Klaassen and Stekelenburg, the situation should also be cleared up later today.

Dusan Tadic is convinced he can play tonight. In a quick reaction to the Serbian sports outlet SportKlub, he said: “I do not have Corona. I just have antibodies, everything will be alright.” The new results should come in today, and finally, conclude who can play tonight.