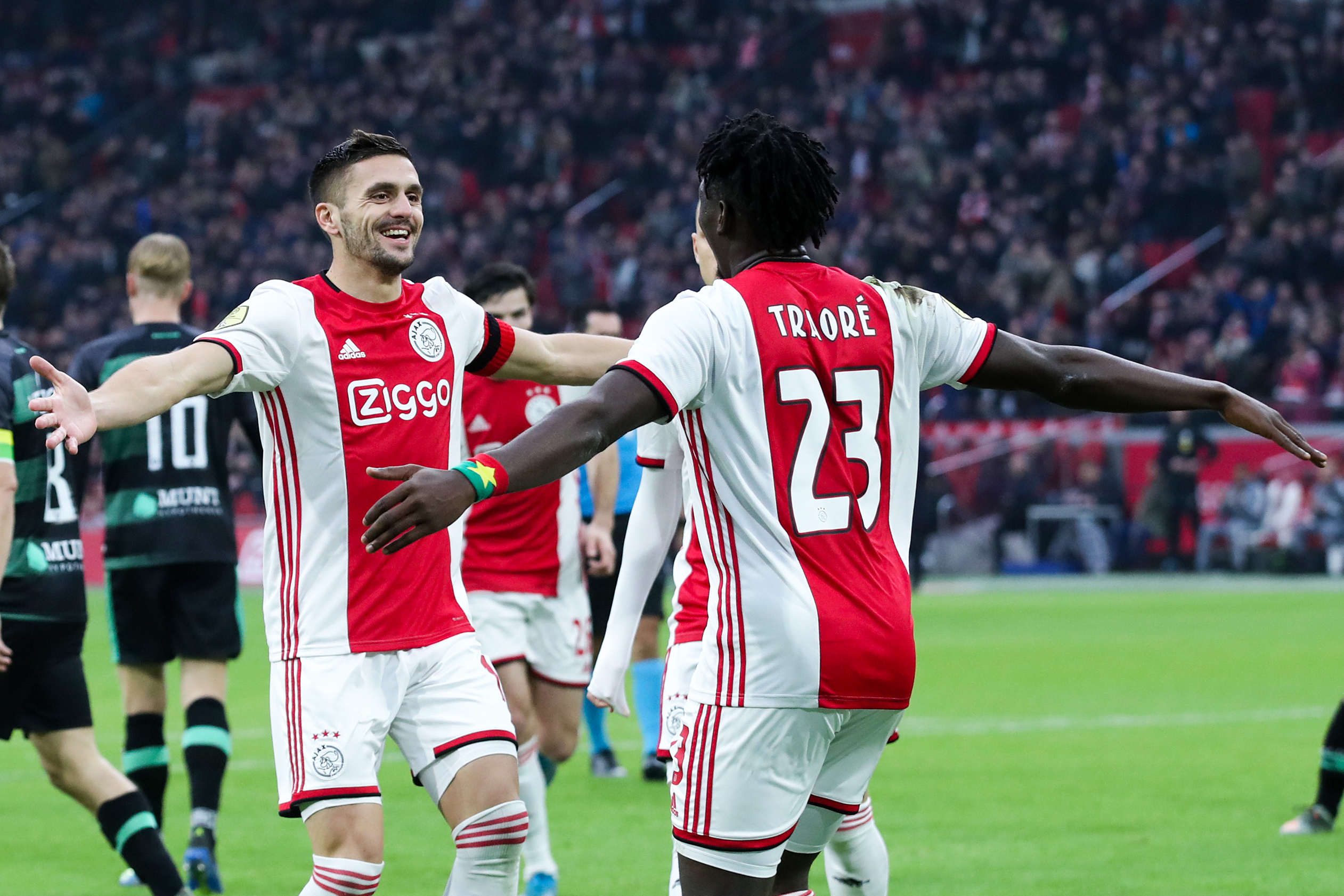 Erik ten Hag has surprised once again with his formation. Where we expected Tadic to start as a striker with Neres and Antony on the wings, the manager has chosen to start with Traoré.

Lassina Traoré had an amazing weekend, he scored five and assisted another three goals versus VVV-Venlo in the 0-13 record-breaking victory of Ajax. Ten Hag has awarded this performance with a starting spot versus Atalanta in the Champions League.

We aren’t totally sure if Tadic will play on the left-wing and David Neres as a central attacking midfielder, or if it will be the other way around. Antony completes the attack on the right-wing. We expect all these four players to switch position often to keep the opponents guessing.

The rest of the midfield gets completed by Klaassen and Gravenberch. The usual four defenders, from left to right: Tagliafico, Blind, Schuurs, Mazraoui.

We’ve analysed Atalanta, and it’s tactics, in our match preview: