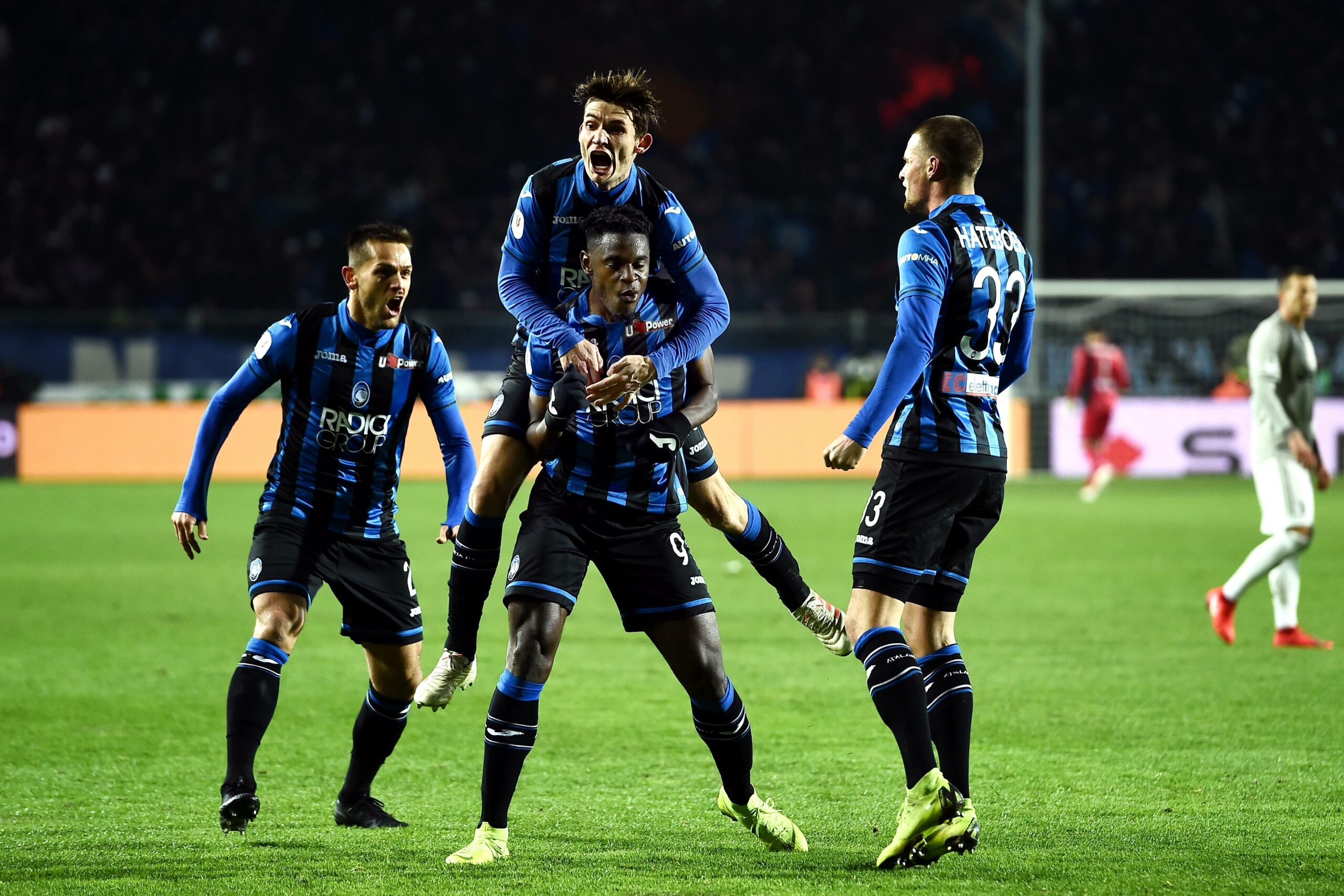 On Tuesday evening Ajax faces its second opponent in the Champions League: Atalanta Bergamo from Italy. The first match, versus Liverpool, ended in a 1-0 loss – but what can we expect from this match and Atalanta in general? All About Ajax with a match preview of Atalanta’s tactics and players.

Atalanta manager Gasperini has reinvented and reintroduced the three-at-the-back defence with Atalanta. Three centre-backs and two wing-backs make it possible for Atalanta to have the upper hand in both attacking and defending situations. The team pressures and tries to make sure the opposing player who’s weakest at the ball, has the ball the majority of the time.

When Atalanta gains possession of the ball, they launch incredibly quick counter-attacks. Their fast forwards, Zapata and Muriel, will always try to cut behind the defensive lines to make a run. This leads to extremely fast and dangerous attacks. Ten Hag might have to try the same formation as he did against Liverpool, who were also very dangerous in a rapid counter-attack. This formation, with Martínez in defence and Blind as a midfielder, worked quite well against the English side.

The weakness of Atalanta is that they might commit too much to pressuring the opponent. Napoli, who beat Atalanta two weeks ago with 4-1, exploited this overcommitment to perfection. They let the wing-backs of Atalanta pressure their own backs and then all of a sudden the wingers of Napoli were in lots of space behind the defence. A quick counter at that moment leads to a great upper-hand situation. This makes Atalantaan ideal opponent to put Dusan Tadic back in the striker position. His ability to receive the ball over the ground is very valuable. If the Serbian is able to play a one-two or open up, there are enormous spaces against Atalanta, especially on the wings.

Atalanta doesn’t have any real world-class players, but a tightly-knit group of good footballers. Arguably their best player is Zapata, the Colombian striker. He’s fast, strong and tall. Their other forwards; Gómez and Muriel, are also very dangerous. The club has three (or four if you count Gosens) Dutch players in its squad: Lammers, Hateboer and de Roon. All three are, usually, starters for the side.

Atalanta misses one crucial player against Ajax, Marten de Roon will not be able to play due to a groin injury he sustained versus Sampdoria. This will be a massive blow to the Italian side as De Roon is usually a sure starter for the team. He’ll be most likely be replaced by Pasalic or Malinovskyi.

The team did lose their latest match in Serie A; 1-3 to Sampdoria. It has to be noted, however, that Atalanta used a heavily rotated squad which was changed on eight positions compared to their previous match.

Ajax will still miss Kudus, who will be out for several months – at least until the winter break. Huntelaar is also not a part of the match squad that travels to Italy, at the moment of writing it is still not clear why. He’s been replaced by 18-year-old Brian Brobbey, who could make his first-team debut versus Atalanta!

Antony has returned – after he was deemed not fit to play against Liverpool – and celebrated his return with a phenomenal game versus VVV-Venlo on Saturday.

The match will be played in Stadio di Bergamo, Bergamo, Italy. The referee, Skomina, will blow for kick-off at 9 PM CET. Skomina is a well-known referee for Ajax-fans. He was the referee when Ajax lost versus Real Madrid at home (1-2) when he disallowed a goal of Tagliafico. He was also the ref during the Europa League final between Ajax and Manchester United.