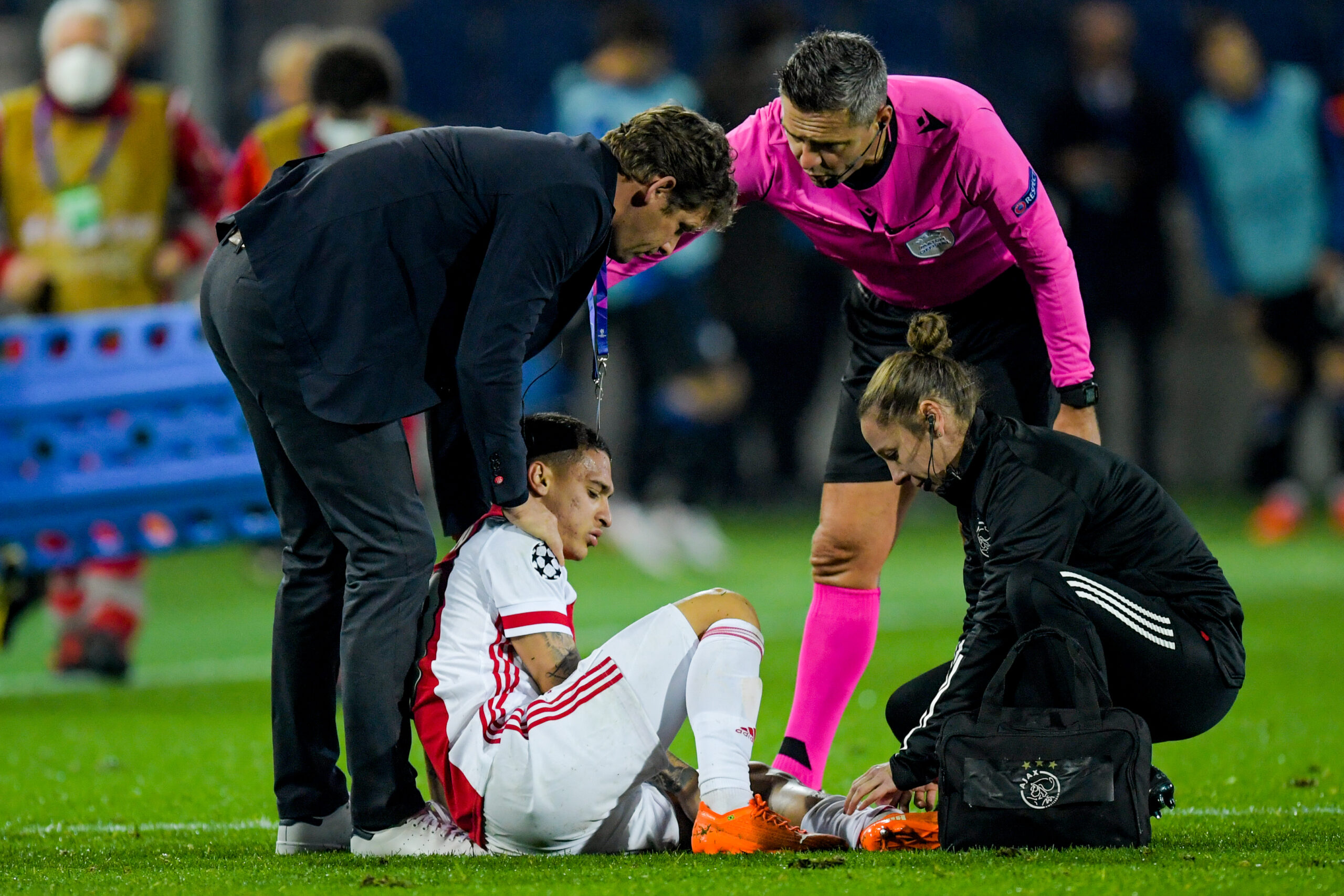 On Saturday evening Ajax faces Fortuna Sittard in the Eredivisie. Brazilian revelation Antony got injured in the last minutes of the match versus Atalanta, but his injury is only minor – small enough to be back in the starting eleven? This is our expected line-up of Ajax – Fortuna Sittard!

The last match, versus Atalanta in the Champions League, ended in disappointment. Ajax had a 0-2 lead at half-time but squandered it and drew. To make matters worse Antony had to leave the field injured. His injury was only minor, Ten Hag stated afterwards, but still.

As such, we don’t think Antony will start versus Fortuna. His place on the right-wing will be filled up by his Brazilian companion Neres. Traoré will start as a striker again and Tadic will move to the left-wing. The new name, to effectively replace Antony, will be Ekkelenkamp – who’ll start as a central attacking midfielder.

If Antony is fit enough to play, he’ll naturally go right into the squad on the right-wing. That’ll move Neres to the left and Tadic to take his place behind the striker.

The rest of the squad will be the same as against Atalanta, we presume!