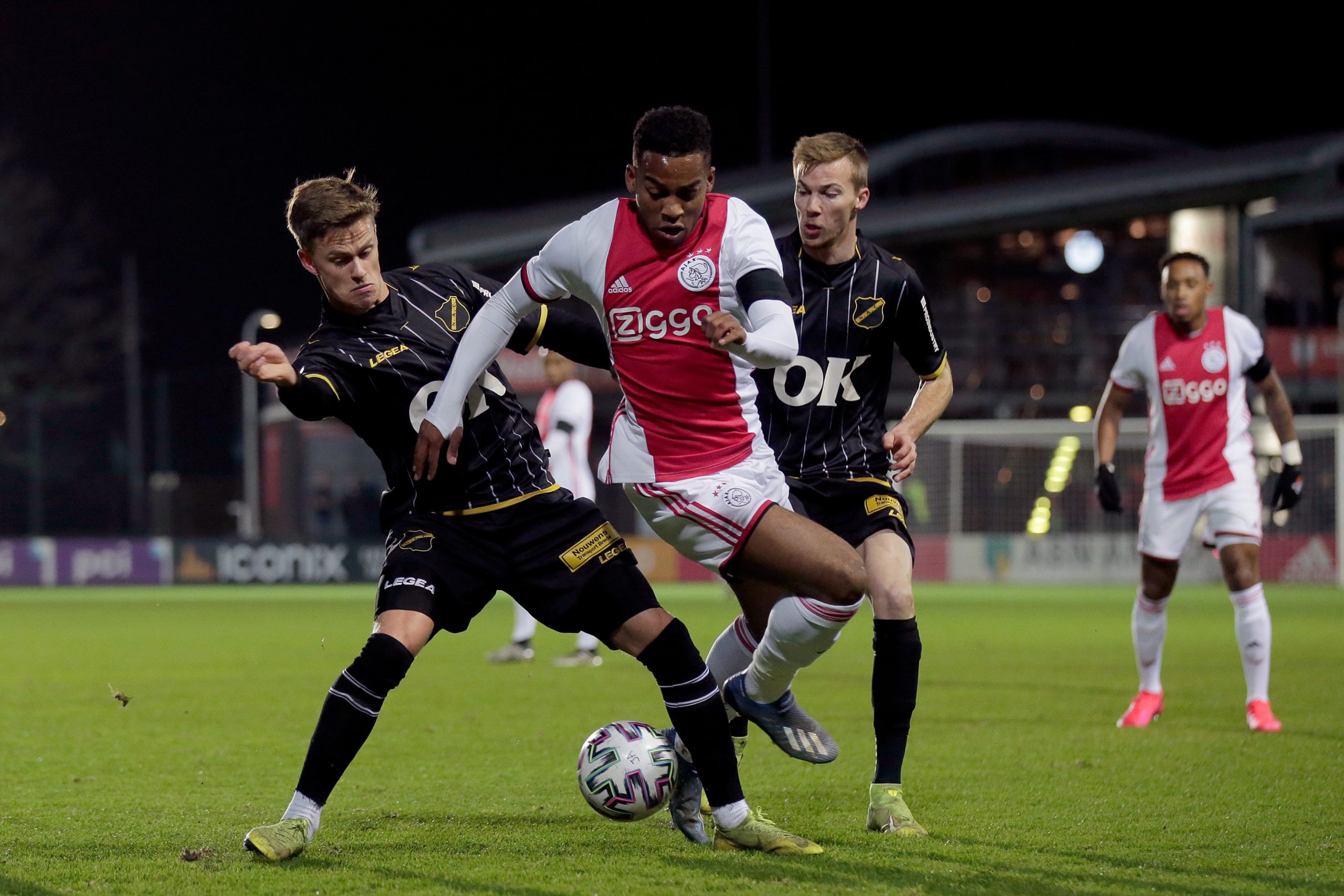 Jong Ajax has lost for the second time in a row. After a disastrous 7-2 defeat versus Jong FC Utrecht last week NAC Breda was too strong this week. The youngsters of Ajax lost on their own field with 2-4.

Both teams started with a positive mindset. NAC Breda just defeated PSV in the KNVB Cup and wanted to continue the momentum whereas Ajax wanted to take revenge for their shameful defeat of last week.

It was Jong Ajax who took the lead. A great deep ball by Juan Familia Castillo sent Naci Ünüvar far onto NAC’s half. An inch-perfect cross by the 16-year-old landed perfectly on the head of Danilo Pereira who headed it in; 1 – 0.

A few minutes later Brian Brobbey had the miss of the season. He somehow managed to lift a ball over the crossbar only 1 meter away from the open goal. He did, however, get his goal. He slid in a failed shot by Jurgen Ekkelenkamp to double the lead for Jong Ajax.

Just before halftime, NAC Breda got back into the game thanks to a good goal by Finn Stokkers, who tapped in a low cross.

In the second half, NAC kept doing what they were doing just before tea-time. After about an hour El Allouchi scored a wonderful, acrobatic goal to get NAC all level and just ten minutes later NAC took the lead in this crazy match. Jordan van der Gaag, the son of Jong Ajax’ head coach Mitchell van der Gaag, slotted the ball behind goalkeeper Kotarski.

It went from bad to worse for Kotarski after this goal. He passed the ball into the feet of Ell Allouchi who didn’t hesitate and scored from a long distance to take the score to 2 – 4.

Jong Ajax has now dropped to fourth place in the second division, seven behind leader Cambuur. On Friday the youngsters will play last-placed Helmond Sport.