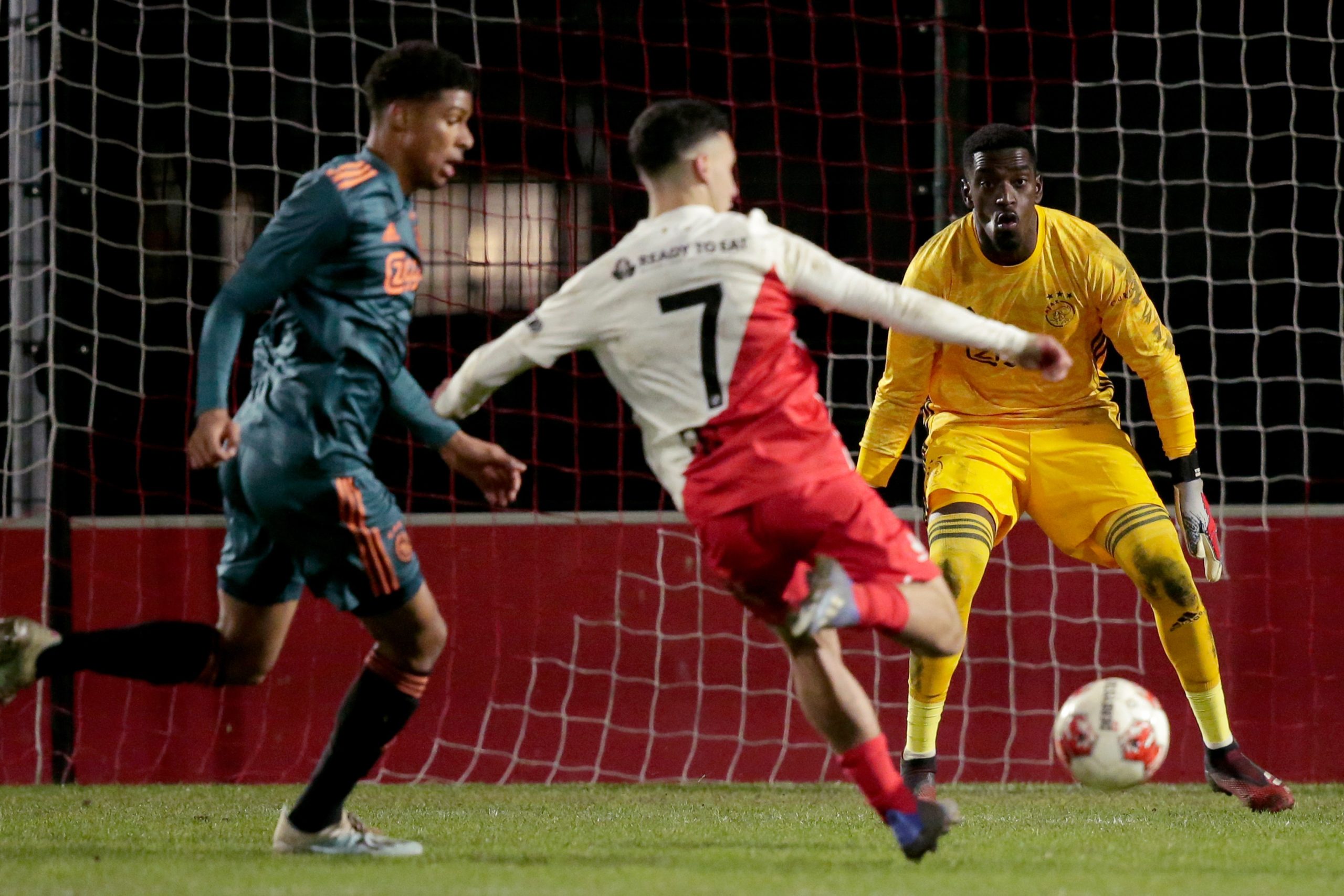 A disastrous night for Jong Ajax on Monday. Away at Jong FC Utrecht, they get beaten with 7-2. Especially goalkeeper Bruno Varela, who’s expected to defend the Ajax goal in the EL match versus Getafe, is to blame for this humiliating defeat.

Jong Ajax started the match quite good, they dominated the field and Brian Brobbey got a few good chances in the first fifteen minutes. After 25 minutes, however, FC Utrecht took the lead. A hard shot went under Bruno Varela. Only fifteen minutes later Varela completely mistimed a jump and St. Jago had a free goal to score into. 2-0.

Just after half-time Varela made his next massive error. He wiped out an Utrecht player and couldn’t save the penalty that followed. Five minutes later Acheffay scored a rebound after Varela couldn’t hold on to a ball: 4-0.

In the 67th minute, Victor Jensen managed to get Ajax a goal with his first contact of the ball but only a minute later FC Utrecht scored, once again. Varela made another big mistake by losing during the buildup and Hilterman profited: 6-1.

In the 80th minute, Mamengi of Utrecht got his second yellow and FC Utrecht defender St. Jago scored an own goal in the following corner. Yet FC Utrecht immediately scored a goal at the other end once more. Velanas scored his second of the night and the 7th of FC Utrecht.

All in all a disastrous night for Jong Ajax. It will leave Erik ten Hag with some questions as well. Since Varela is supposed to be the goalkeeper in the first leg versus Getafe.