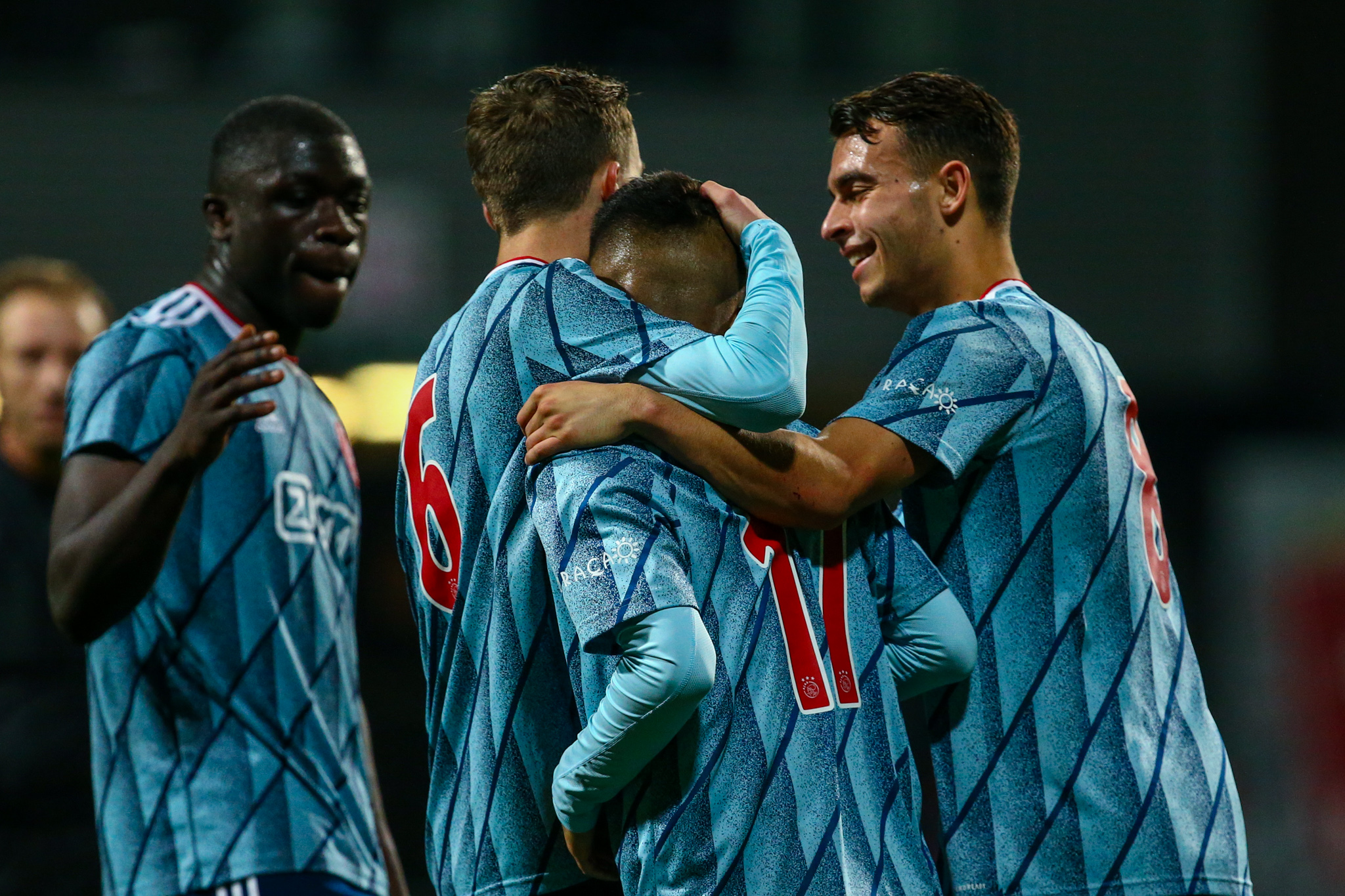 Jong Ajax achieved its third victory in a row on Friday evening. After beating the U23 teams of AZ and FC Utrecht, three points were grabbed on a visit to MVV Maastricht. In Stadion de Geusselt they won convincingly with 1-5.

MVV Maastricht did take the lead in the match. Kjell Scherpen was able to save at first but in the rebound, Jerome Deom scored. MVV did not enjoy the lead for long. Two minutes later Jong Ajax was level again. Max de Waal scored with a refined shot from distance.

After the break, Jong Ajax took the lead. Devyne Rensch came up along the wing and scored. Jong Ajax decided the game just after the hour mark. Defender Nordin Musampa put the 1-3 on the scoreboard with a good header. However, the young guns of Ajax were far from done. Giovanni made the 1-4 after a brilliant cross pass from Llansana. Even substitute Naci Ünüvar got his goal!