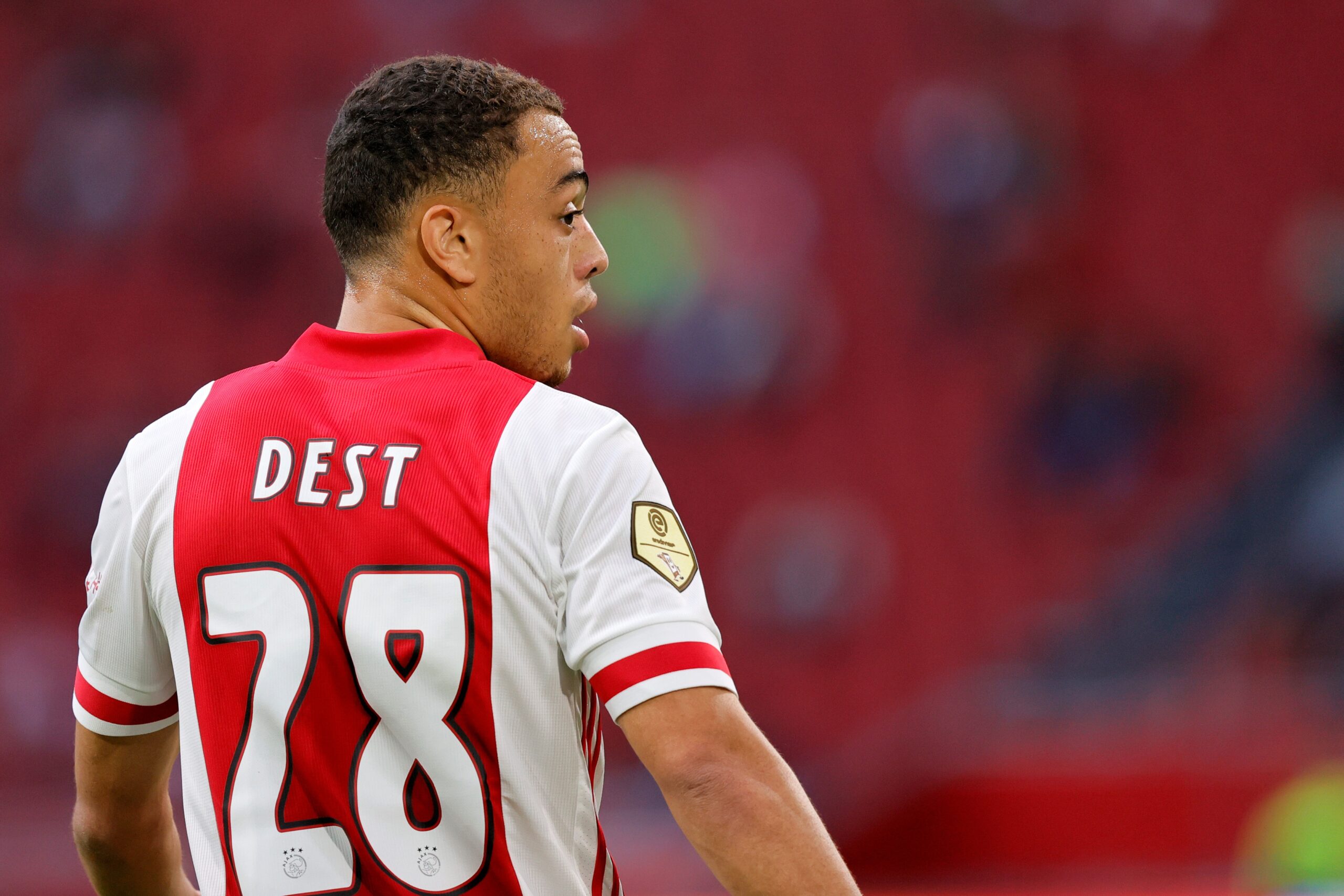 Bayern Munich has a new opponent in the battle for the signature of Sergiño Dest. FC Barcelona has made an official enquiry about Dest, according to de Telegraaf.

Bayern Munich and Ajax are already in advanced negotiations over the transfer of Dest. The initial bid of Bayern (€15 million) was refused by Ajax, who are asking €20 million + €5 million in bonuses. Now that Barcelona has made their interest official that price might increase if the clubs start bidding against one another.

De Telegraaf does report, however, that Barca hasn’t made a bid yet. Due to financial rules in LaLiga, the club has to offload players before they can buy new ones. Barcelona is trying to sell Nélson Semedo to Wolverhampton Wanderers, but that deal hasn’t been finalised yet.

Ajax tried to keep Dest in Amsterdam for longer, but he refused a contract extension this summer. This means that Ajax has to sell him now in order to still get a good fee for him.