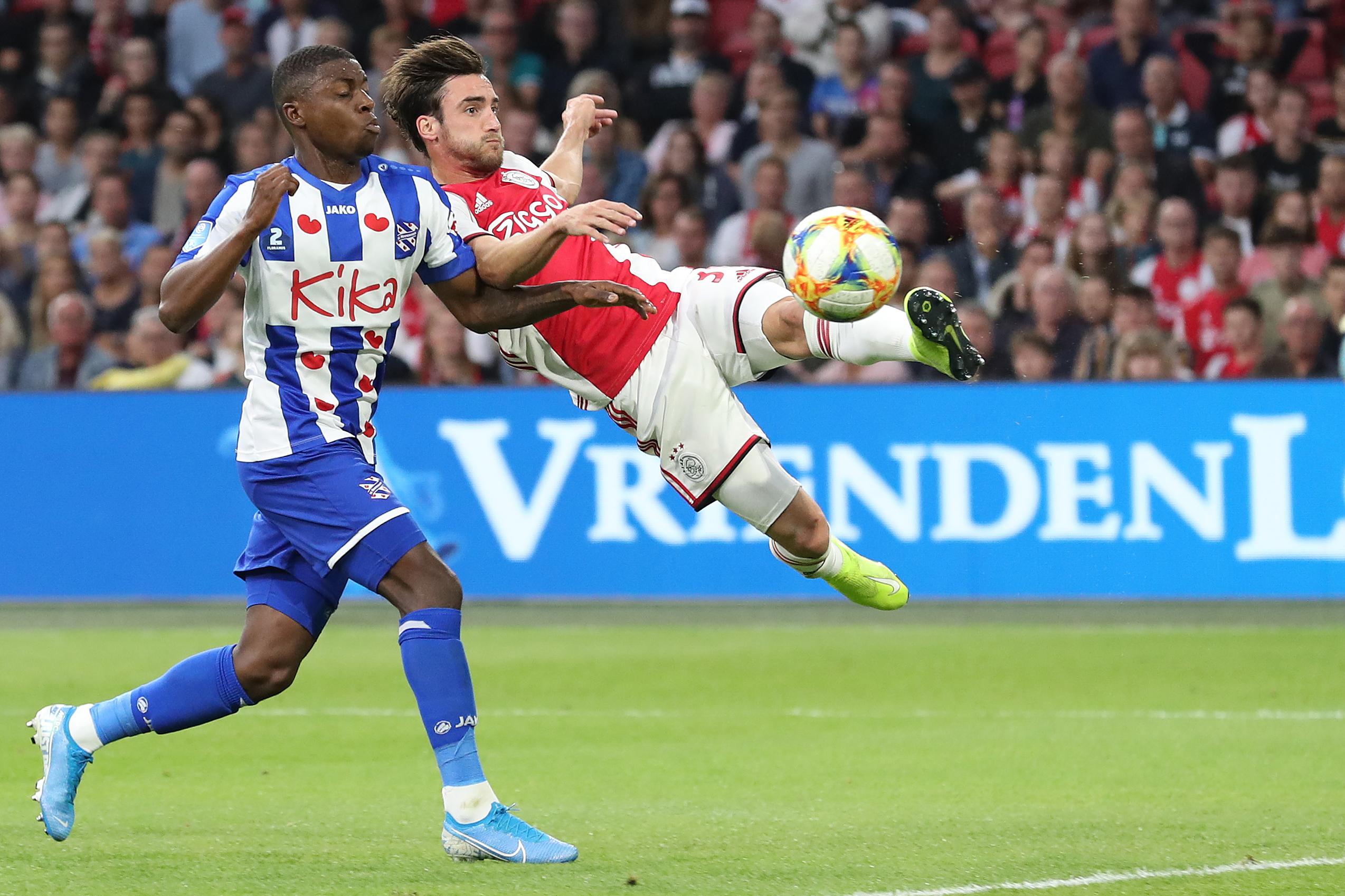 It’s a crisis at Ajax. If this club loses four of its five last matches we think that’s a fair assessment of the situation. Now it’s time to bounce back, a victory might be all that’s needed to get this train going again. SC Heerenveen is the next opponent on Saturday night, what can we expect?

We don’t want to spend too much time talking about the defeat in the KNVB Cup. FC Utrecht was tactically superior over an extremely poor Ajax. There seemed to be no will to fight for the victory at the Amsterdammers. They didn’t look like winning for a minute in Utrecht. Ten Hag noticed quite a few areas in which Ajax has to improve: ‘At the moment we’re creating too few opportunities, that’s one. Against FC Utrecht we played okay until the last part of the pitch, but we don’t create any chances. We had 75 per cent ball possession but then the pass comes just too soon or too late, so the creative players cannot create any chances,’ says the Ajax coach.

SC Heerenveen currently sits in 10th place in the Eredivisie. They had a rough beginning of 2020 and only won their first game of the calendar year last Sunday, 2-3 versus FC Twente. The confrontation in the ArenA versus Ajax earlier this season ended in a 4 – 1 victory for Ajax. Heerenveen got completely dominated. Things are looking quite differently for Ajax at the moment. Heerenveen manager Jansen also noticed this but he doesn’t want to get too happy about it: ‘Our plan doesn’t change because Ajax isn’t playing like they can at the moment. Ajax is still Ajax. They can get back into it in a heartbeat.’

The absolute star-player of Heerenveen is their Nigerian forward Chidera Ejuke. The 22-year-old has already bagged 10 goals and assisted another 6 so far this season. Usually, he’d play as a left-winger but versus FC Twente he started as a striker we expect him to start there again on Saturday. The wings will be occupied by van Bergen and Halilovic. ‘They have a lot of individual qualities, and they have to turn those qualities into goals.’ Heerenveen manager Johnny Jansen said on their club website. Ajax has had a lot of issues with fast attackers the last months and that’s exactly what Ejuke but especially van Bergen is.

We think that Huntelaar will start again as the sole striker. Ziyech and Promes will man the wings and Tadic will play as a central attacking midfielder. The other two midfielders will be Martinez and van de Beek. The defence will be as usual; Dest and Tagliafico as backs and Schuurs and Blind guard the centre.