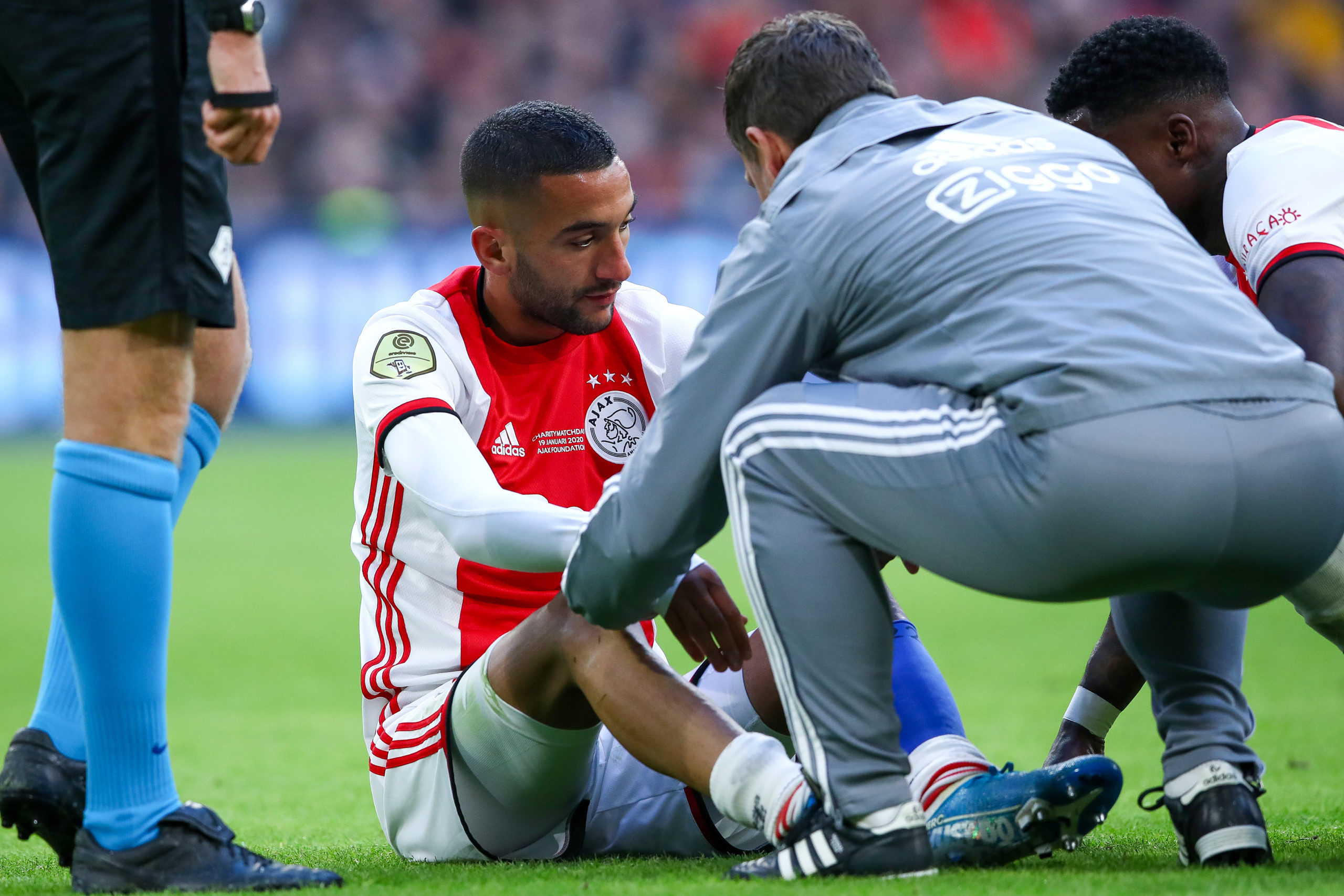 Erik ten Hag expects Hakim Ziyech back in his squad next Sunday for the match versus RKC Waalwijk. He was a guest at Dutch tv-show Rondo and gave an update on Ziyech’s situation.

When ten Hag was asked about the injury situation he said that Ziyech was closest to a return on the pitch: “I think the cup game on Wednesday will be too early for Hakim, but we analyse the situation daily. He’ll be ready to play on Sunday.”

Hakim Ziyech got injured in the game versus Sparta (2-1). A calf injury meant that he had to leave the field after only an hour. He was expected to be out of the running for at least a few weeks; it will have been three weeks coming Sunday.