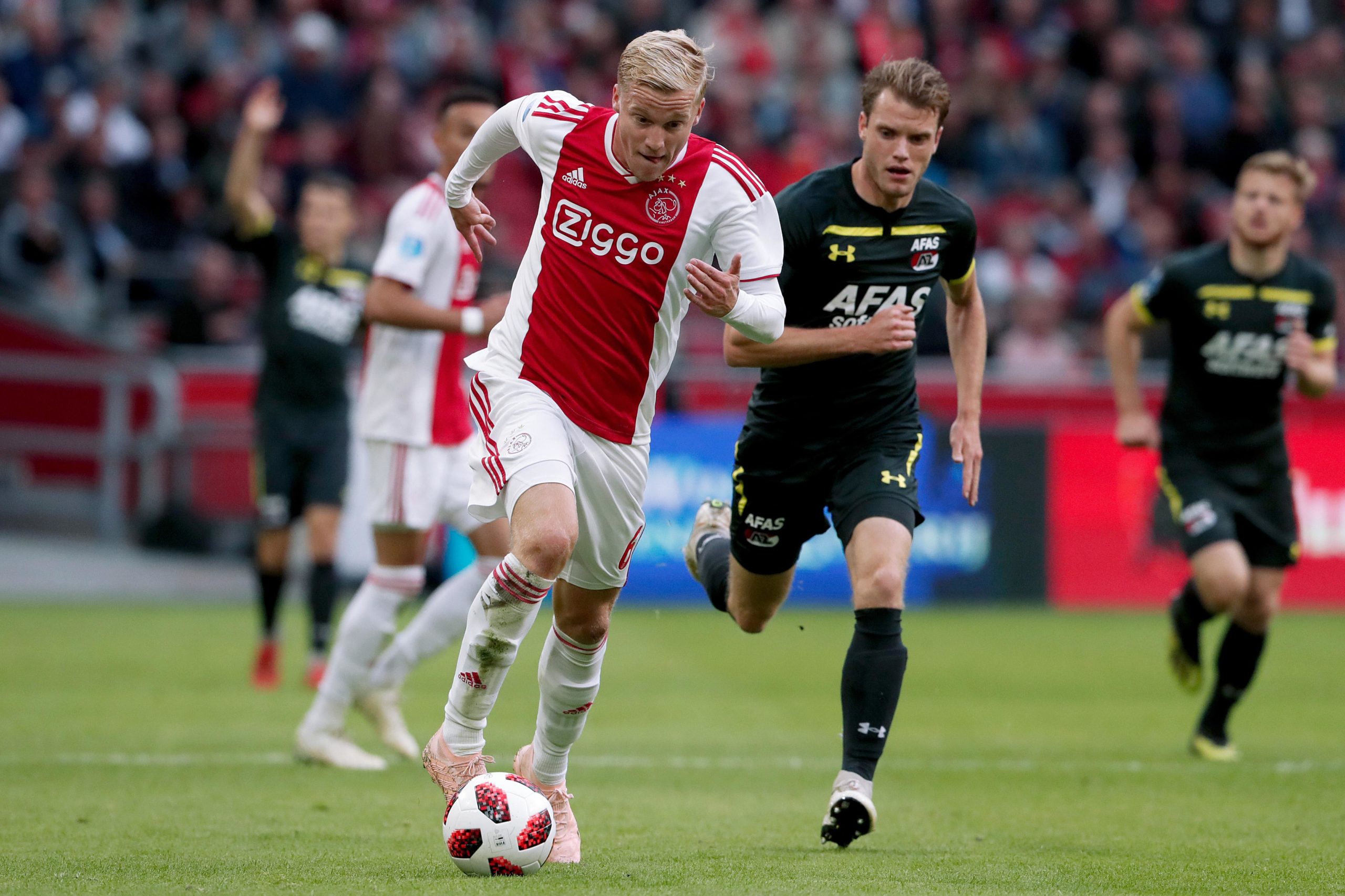 Ajax faces number two in the Eredivisie, AZ, on Sunday. The game must be won in order to not have a bad week become a disastrous one. Ajax still has to deal with some injuries, who can and who will play?

Erik ten Hag already stated on Friday that Promes most likely won’t play: “We can’t say with 100% confidence that he won’t be there on Sunday, but we don’t have much faith in it.” Noa Lang is the most logical replacement of Promes on the wings. Even though his last two performances versus Willem II and Valencia weren’t all that great, ten Hag doesn’t have much of a choice.

On Tuesday Alvarez played as a controlling midfielder but the manager thought that he provided too little footballing abilities. We think Mazraoui will play on midfield now, instead. This means that Sergiño Dest will come back into the starting XI on the right-back position.

The striker position is another spot where things haven’t been going great lately. Huntelaar was selected by ten Hag versus Willem II and came on as a sub versus Valencia but he was hardly reached. Tadic has more footballing capabilities and will probably be the designated striker.