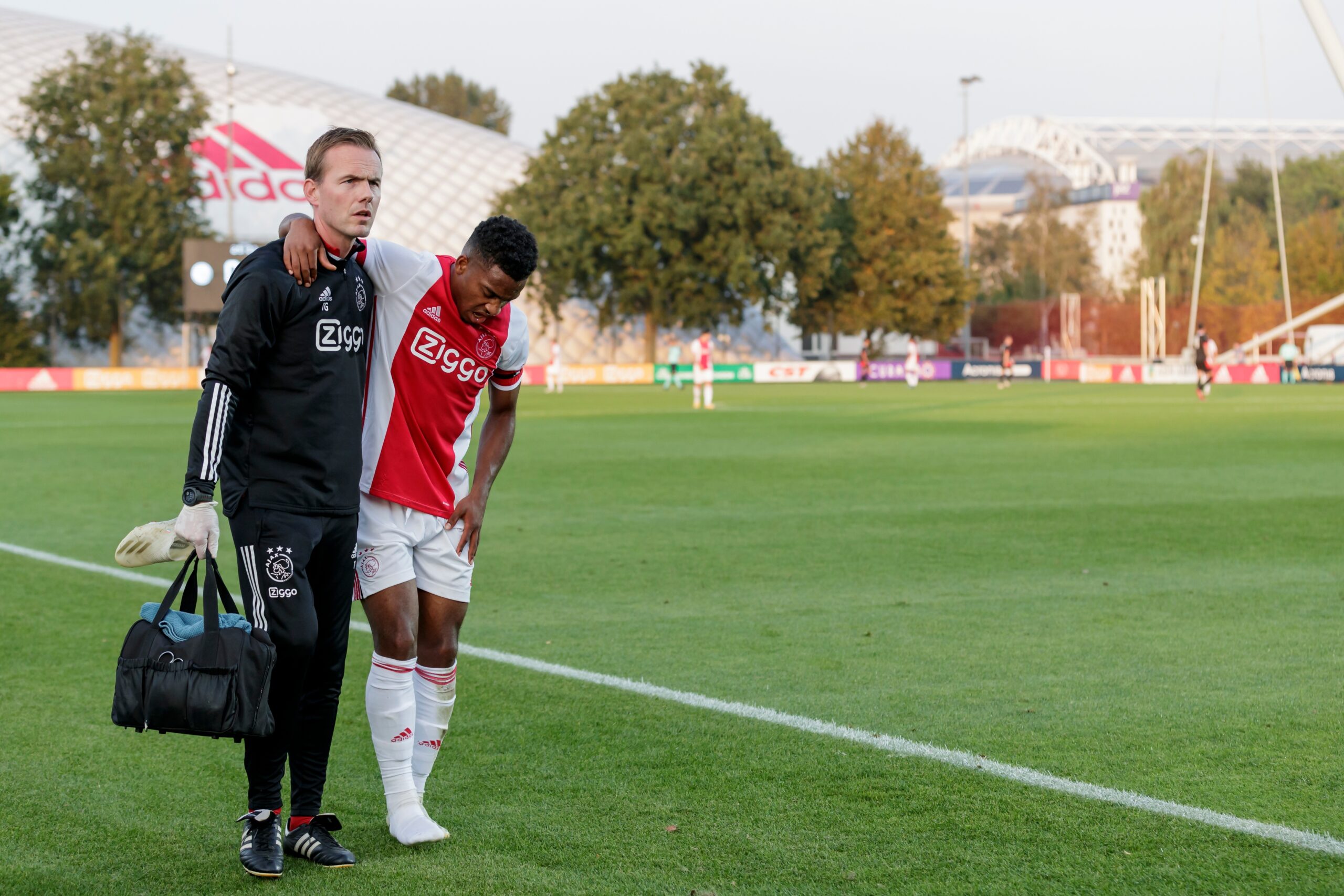 Quinten Timber won’t be playing for Jong Ajax in the near future. The midfielder has broken the metatarsal bones of his right foot. Recovery from such an injury can take months.

The metatarsal bones are the bones in the middle of the foot. Timber has broken his fifth metatarsal, an injury more often seen in football.

His injury was quite bizarre. During the match versus Jong PSV, he suddenly fell down and had to be subbed out. It turned out he had broken the metatarsal bones when he took a bad step.

It’s the third long-time injury for Jong Ajax: Victor Jensen and Anass Salah-Eddine are also out for months.