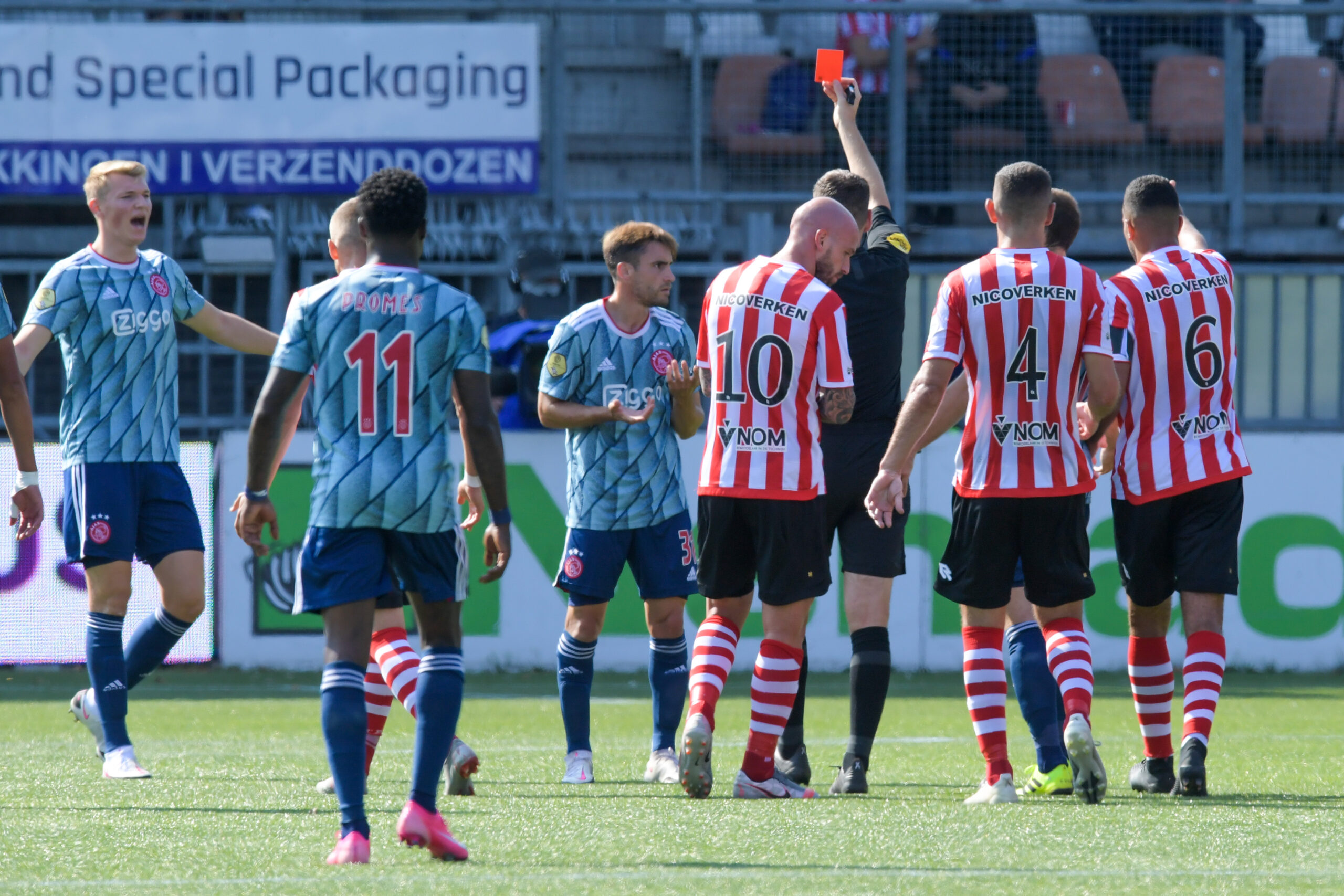 The KNVB has suspended Nico Tagliafico for one match after he got a straight red card during the match versus Sparta on Sunday.

Tagliafico received his red card after only 30 minutes into the first Eredivisie match of the season. An unfortunate handball was enough for referee Kamphuis to send the Argentinian back to the stands.

Ajax’ next match is on Saturday; RKC Waalwijk at home. On paper one of the easier opponents. Hopefully, Nico’s absence won’t be missed too much. He’ll most likely be replaced with Sergiño Dest in the starting eleven, as he also filled the gap last Sunday when Nico was dismissed.