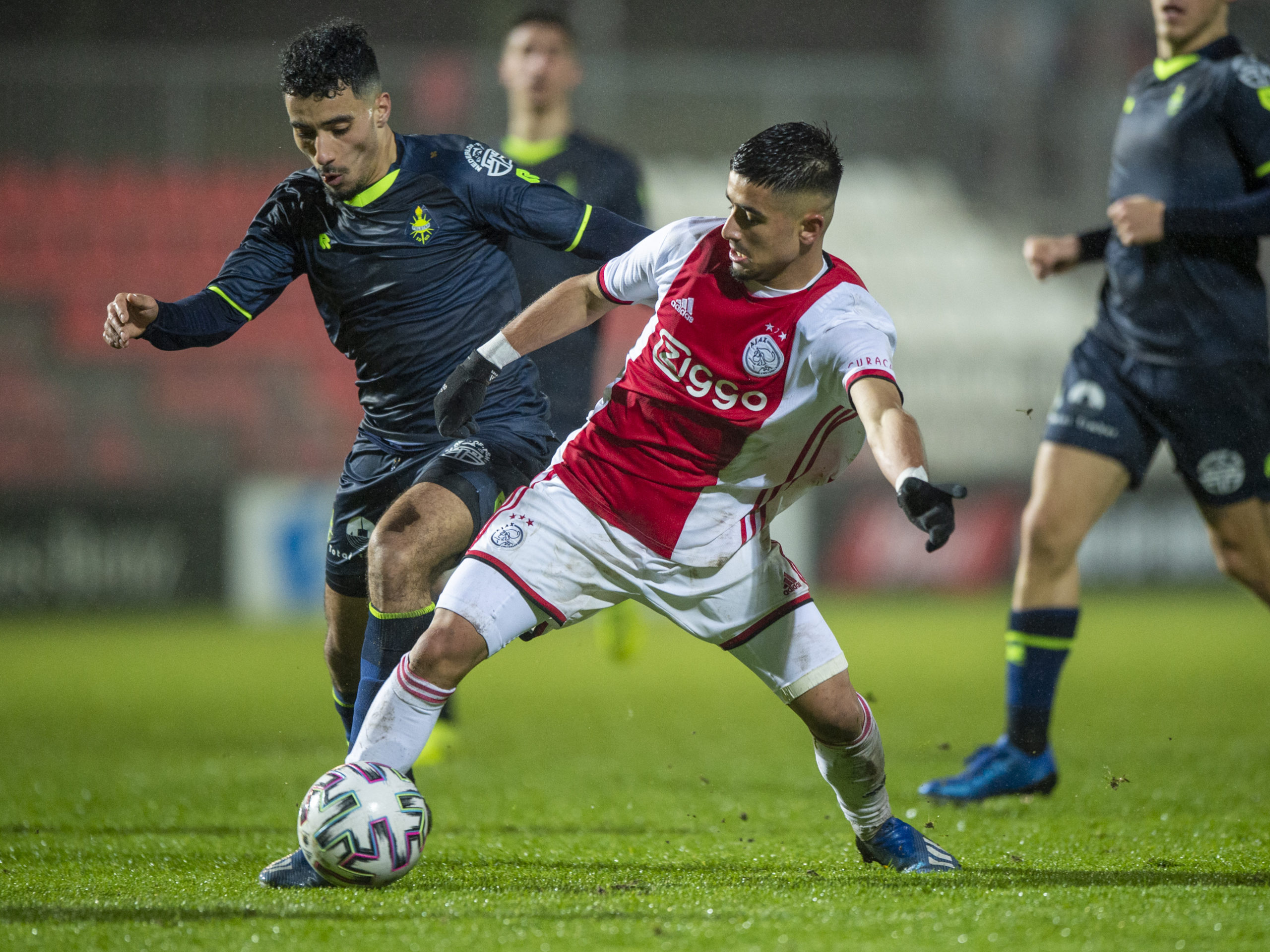 On a rainy Friday evening, Jong Ajax hasn’t been able to defeat Telstar. Even a 2 – 0 lead wasn’t enough to secure the three points. The Ajax goals by Hansen and Jensen were both scored in the first half-hour.

The match had a slow start, both teams were waiting to see what the other team was capable of. Ajax was the first who showed some danger and started to dominate the match. The first goal was preceded by a beautiful attack but the ending was just plain lucky. A quick rush via Kenneth Taylor and Naci Ünüvar ended up with Telstar-defender Pattynama at the far post of the Telstar goal. When the defender wanted to clear the ball he hit Hansen and the ball deflected into the goal: 1 – 0.

Ajax kept going and doubled the lead only seven minutes later. Via a Telstar defender, the ball ended up with Victor Jensen, who calmly slotted it home into the far corner.

The second half showed a different Telstar. The visitors became more and more dangerous. Due to a bad clearing of the ball by Kik Pierie Telstar-sticker Kharchouch was able to fire the ball behind Kjell Scherpen: 2 – 1. The game was wide open again.

Kjell Scherpen was very important with a few good saves that kept Ajax in the lead. Just before full-time Quinten Timber got an unlucky handball and Kharchouch scored the following penalty to take Telstar right next to Ajax. Even after the equaliser, Ajax had a few chances to keep the three points in Amsterdam but Naci Ünüvar missed the open goal after he passed the goalkeeper. Jong Ajax and Telstar divided the points.

Next week Jong Ajax faces FC Volendam for a direct battle for the third spot in the Keuken Kampioen Divisie!