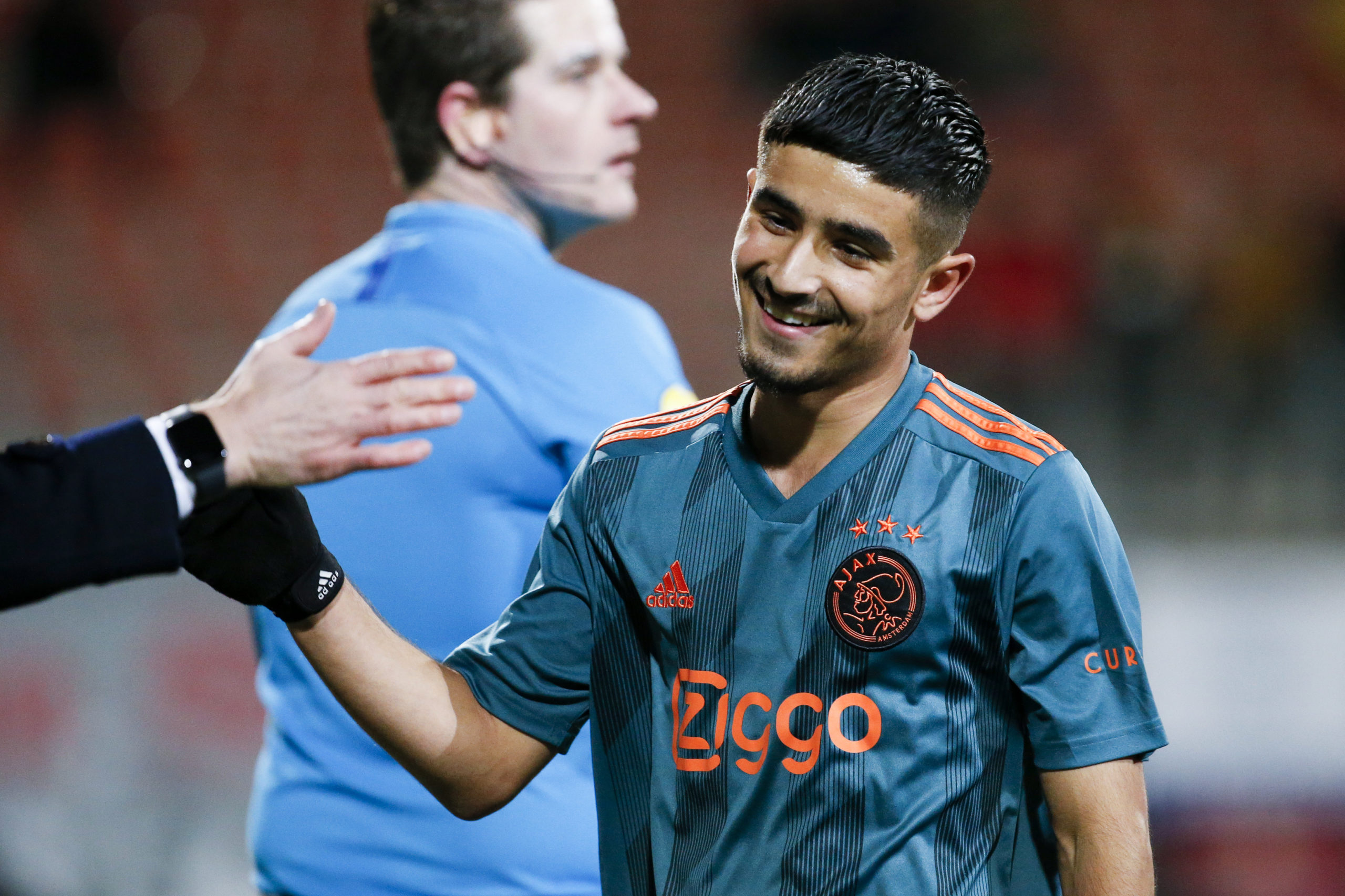 After two losses in a row, versus Jong FC Utrecht (2-7) and NAC (2-4), Jong Ajax finally won a game again. Helmond Sport got outclassed in their own stadium; 0 – 2. Both goals were scored in the second half by respectively Hansen and Mendez.

The starting XI of Jong Ajax was historically young, with an average of 18 years and 204 days it was the youngest starting XI ever in the Dutch second division. “Quality knows no age,” manager Mitchell van der Gaag said before the match, and the young guns showed their qualities tonight.

Jong Ajax completely dominated the first half but had little to no chances to show for it. 70% ball possession but the biggest chance of the first half was for Helmond Sport. Jordy Thomassen fired an impressive shot at goal but Scherpen was able to save it with his foot. The only opportunity Ajax created was a wide shot of Kenneth Taylor.

The second half immediately changed the game, however. An amazing team-goal by Ajax within the minute of half-time saw them take the lead. Timber passed to Ünüvar who gave it deep to Castillo. The left-back gave a perfect cross to Hansen, who was able to slot it home easily: 0-1.

Both Ünüvar and Youri Regeer, who made his debut in Jong Ajax and thus professional football tonight, failed to score and as such the match stayed exciting. The only big chance Helmond Sport was in the last minutes of the game. After a corner, Dzepar fired at goal but his effort was blocked by a defender. Only a couple minutes later, in the 89th minute, Ajax decided the match. Substitute Alex Mendez slotted the ball into the Helmond goal after impressive preliminary work by Quinten Timber: 0-2.

These three points were very needed by Jong Ajax, who wants to compete for the title. They now see themselves on the 2nd place, 7 points behind leader Cambuur. Other results this weekend could see them drop down to 4th, however. Next week SC Telstar is the opponent.