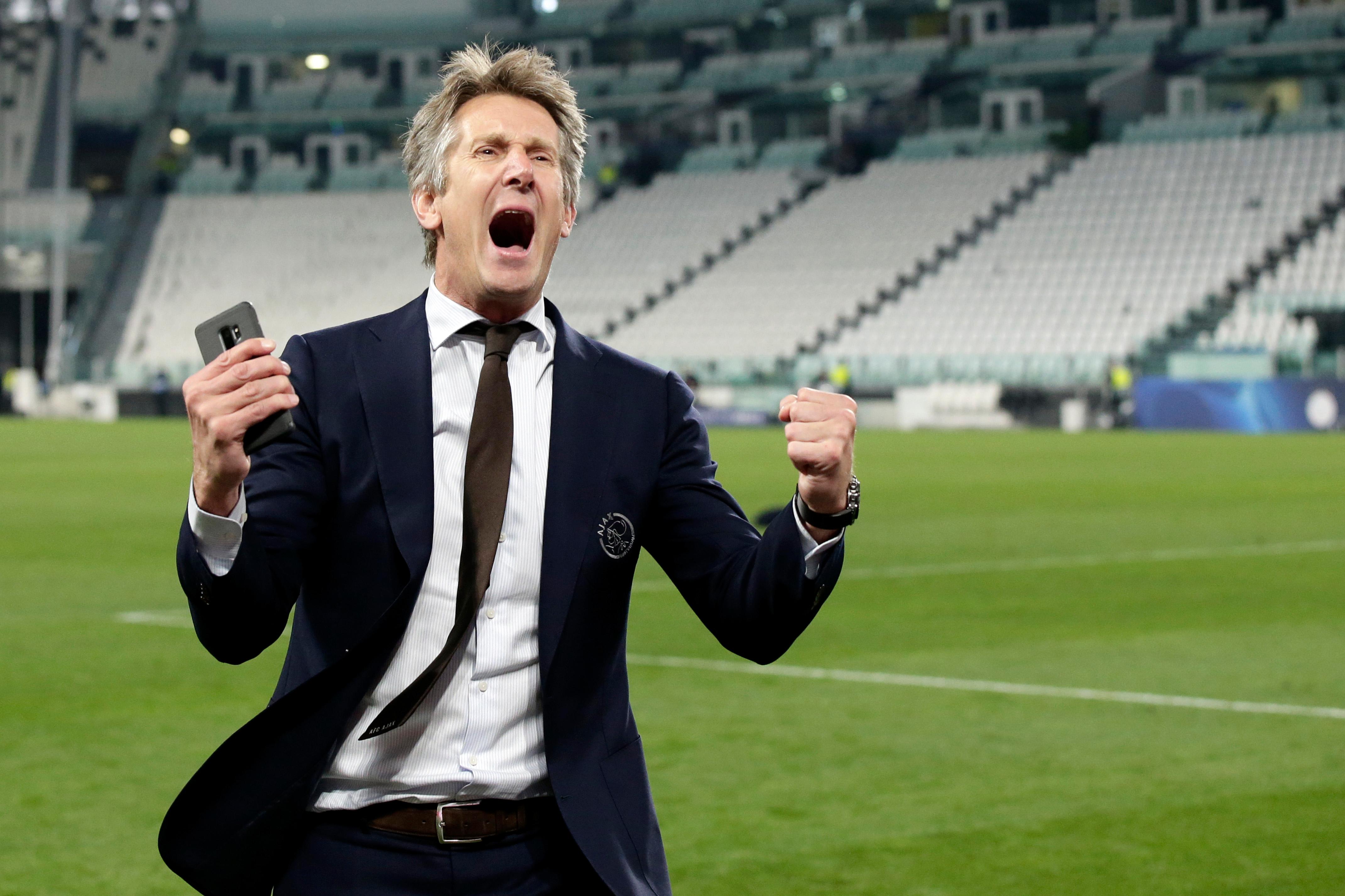 Edwin van der Sar (49) has extended his contract as CEO of Ajax for 4 more years. The Algemeen Dagblad wrote about how the former world-class goalkeeper changed into a key figure of a reborn Ajax. ‘Make no mistake, it’s a difficult job.’

The goalie who played over 300 games for Ajax started at the club as director of marketing in 2012 and became the CEO three years later in 2016. It was a difficult time to step in and he faced a lot of difficult cases. There were a lot of internal fights over how the club should be managed. The visions were extremely divergent and van der Sar was the man to solve them. He often opted for the harmony model, evading conflicts.

Other cases that van der Sar had to solve were convincing the board of directors that the salary ceiling should be higher so that current players could be retained and that big signings could be brought in, changing the name of the Amsterdam ArenA to the Johan Cruijff ArenA and appointing three different coaches within two years. All these problems were nothing compared to the biggest case, the tragedy surrounding Abdelhak ‘Appie‘ Nouri.
Van der Sar was there in Austria when Nouri collapsed and the whole situation touched him deeply. He wanted to be involved in the process and together with Rutger Arisz, who was officially in charge of the file, and legal and medical specialists he tried his all to reach the best outcome possible.

Quickly it became apparent that there was a divide between the human and the business side of the case. Van der Sar was of the human side but couldn’t prevent that Ajax turned to the business aspect all too quickly. It led to additional suffering, fierce criticism and the CEO was held responsible for this. Van der Sar’s tears during the press conference said it all. It hurt him a lot how everything had gone.

This was the absolute low point of his career as CEO. It changed him from a goalkeeper in a suit to a director with a goalkeeper’s history. That being said, van der Sar doesn’t hesitate to put on his gloves – it became a tradition during the training camps van der Sar always trains with the players on Friday. When he’s on the pitch he still gives everything he has, even André Onana is impressed.

Impressing on and off the field

And not only he is impressed with van der Sar, everywhere Ajax goes the former world-class goalie gets recognised and has to give interviews. ‘He is a living legend for many football fans’ says commercial director Menno van Geelen, who joined van der Sar the last few months on trips to the USA and Asia to close lucrative deals. ‘Especially in England, but also in Asia- it’s like walking next to Madonna. Everyone wants to take a picture with him.’

Former top players at the top of the organisation. Van der Sar is the embodiment of Johan Cruijff’s vision. Many other top players didn’t make the cut, often due to a lack of knowledge or skills. The CEO did develop successfully, also in his presentation and in addressing large groups, and now tackles every file. He is financially and mentally independent but still feels the incentive to perform on a daily basis. His predecessor Kinsbergen: ‘Edwin has gathered a good group of people around him and has grown enormously in his role. He really radiates being the CEO of a top club.’

A conclusion that was also pronounced by the Supervisory Board last year. In doing so, they frequently drew the parallel with his development as a footballer. Van der Sar needed time to grow into his new role became wiser through trial and error but has now reached the point where his functioning is stable and strong. The next phase is that as a leader he has to focus on the growth of Ajax nationally and internationally, and the people in the organization around him. Now, and in the years to come.