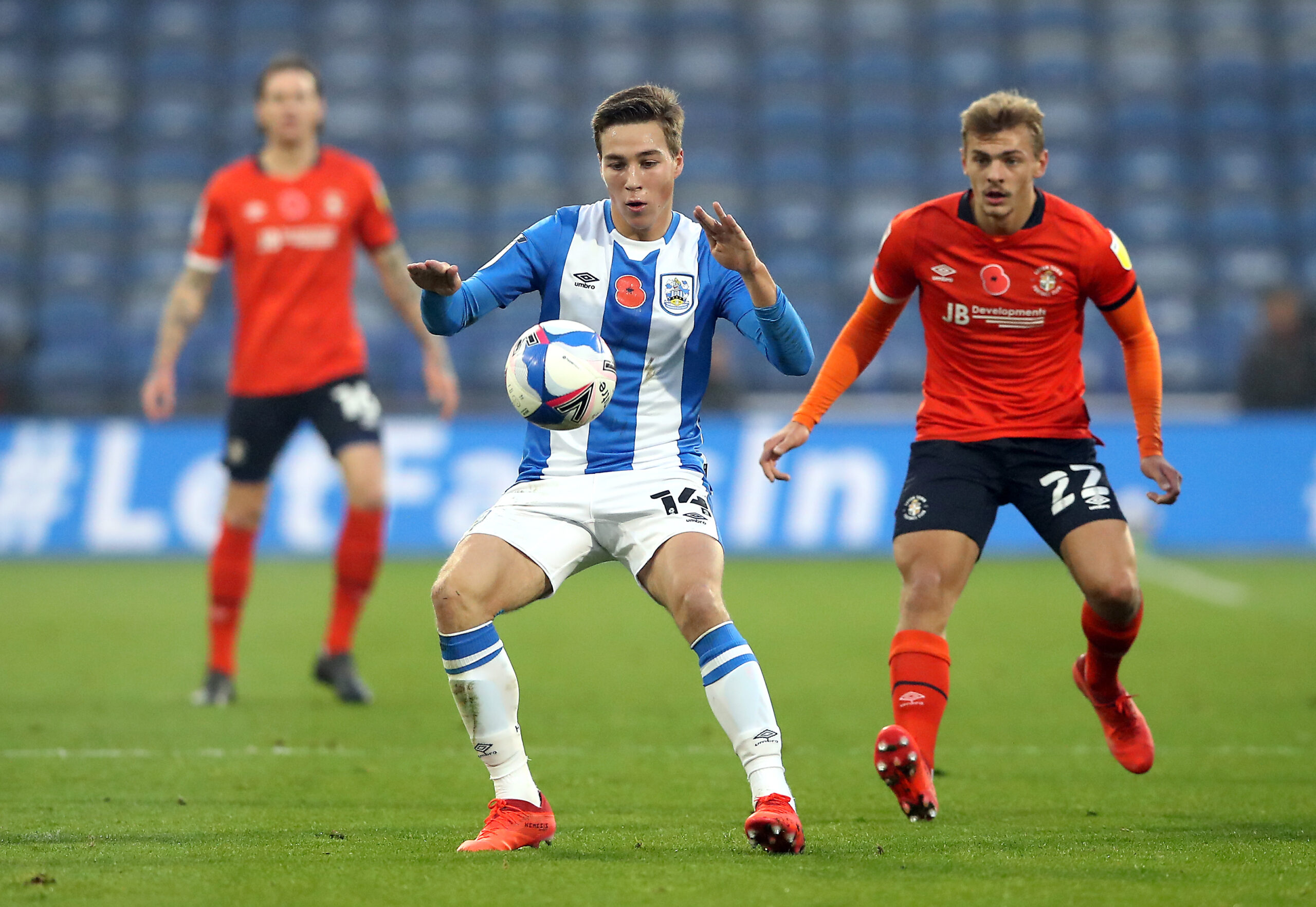 Carel Eiting is currently gaining valuable first-team expeirence in the Championship with Huddersfield Town. The 22-year-old joined the Ajax academy aged 9 and has developed into an exciting holding and central midfielder.

Eiting made his senior debut for the club aged just 18 in a KNVB cup game against Kozakken Boys. During his time at the club, he has gone on to play 61 times for the Jong Ajax team in the Second Tier of Dutch Football and 17 times for the First Team.

The Dutchman came through the ranks at Ajax alongside Frenkie de Jong, Donny Van de Beek and Matthijs de Ligt. Whilst the others have gone on to make big money moves, Eiting’s progression in Amsterdam has been delayed due to long term injuries. Having missed the second half of the clubs infamous Champions League Semi Final run due to a serious knee injury. A period that saw the others elevate their careers, whilst Eiting had to painfully watch on the sidelines.

Due to the continuous injuries, instead of selling the player on, the club continue to believe in his ability and have loaned Eiting out for the season to Huddersfield; where he is currently showcasing his talents.

To make it through the Ajax academy as a midfielder, you must have certain attributes and Eiting has all of them in abundance. You must be composed and confident on the ball, must have great vision to match the passing ability. Alongside that, to make it as an Ajax midfielder you must be versatile and able to play as a defensive midfielder but also be able to help in the attacking positions as well.

Very few make it to the first team, many get released or sold on before getting the opportunity, so it shows the belief and faith that the club have in him to loan him out and watch his development in the Championship this season.

Since the beginning of the season, Eiting has emerged as a crucial player for Huddersfield Town, filling the creative void left by former Terriers attacking midfielder Aaron Mooy. If Eiting can remain fit and avoid injuries that have staggered his development in the past, then he could be on for a great season to really make a name for himself.

If he continues on this rich vein of form he is currently thriving from, having scored 3 goals in his last 4 appearances, it could have great benefits for his career. This comes as he looks to either elevate his status within the Ajax ranks, or set up a move away from Amsterdam next summer.

Do you think Eiting has what it takes to be a success back at Ajax? Be sure to let us know!