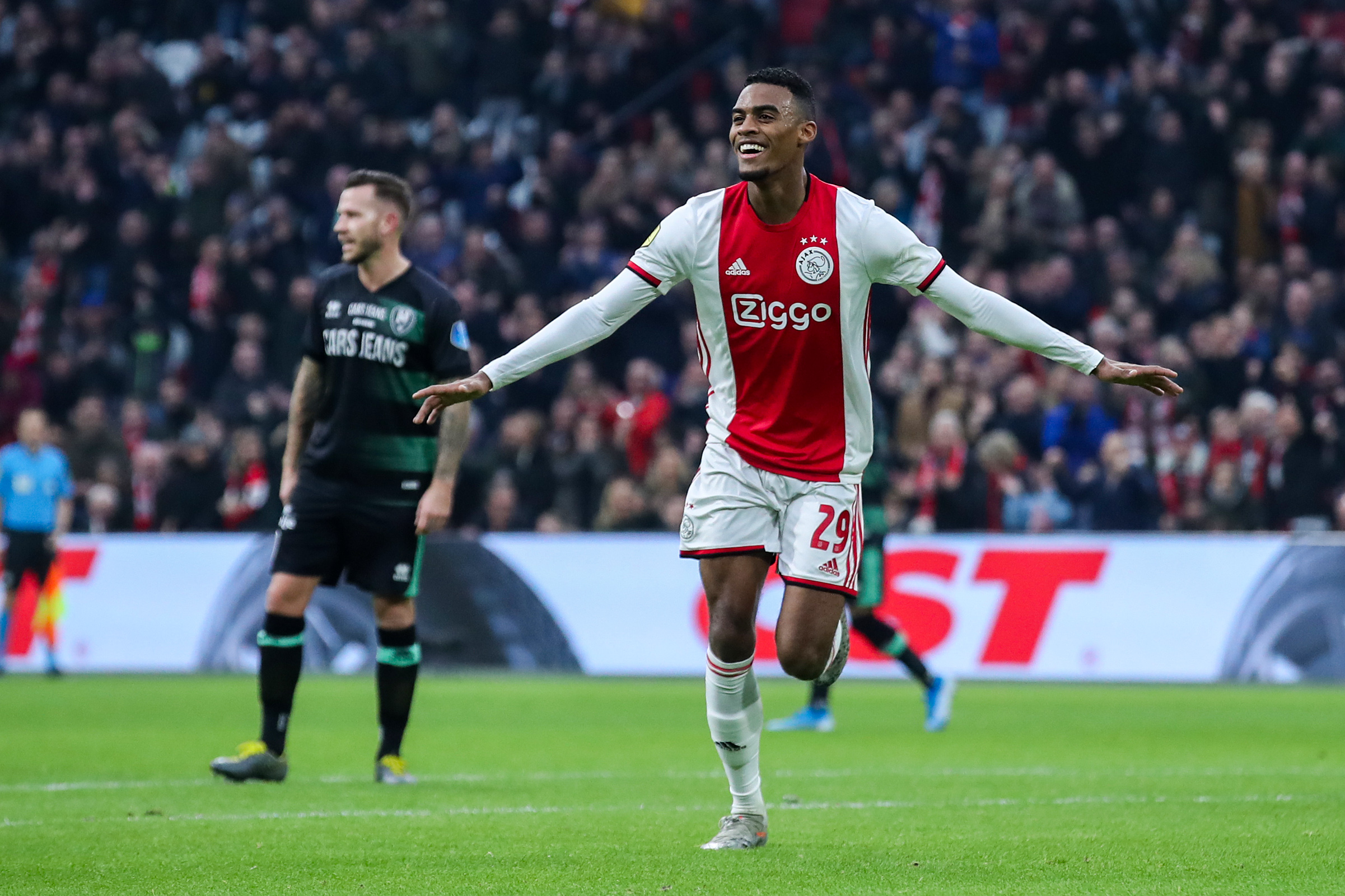 Ryan Gravenberch has a contract that expires in the Summer of 2021, and Ajax is keen on extending it. The talks between the two parties to make this happen haven’t led to anything yet though, according to VI.

Gravenberch turns 18 years old this week and that means that he’s eligible to sign a longer contract. Ajax, of course, wants to tie him to the club for a longer period of time, so the talks for a contract extension had already started. Now it’s being reported that those talks are proving to be quite difficult.

His agent is the infamous Mino Raiola, who’s known for being very difficult to negotiate with. The young midfielder isn’t opposed to the idea of committing to Ajax, but only if the club has a clear plan with him. In the current season, Gravenberch came to 12 appearances for the first team.

Ajax isn’t the only club who wants him. A lot of big clubs around Europa are reported to have interest in the services of the midfielder. Manchester United, Real Madrid, and Barcelona are all supposedly keeping an eye on him.

Only a few days ago we named Ryan Gravenberch as one of the biggest talents of Ajax.