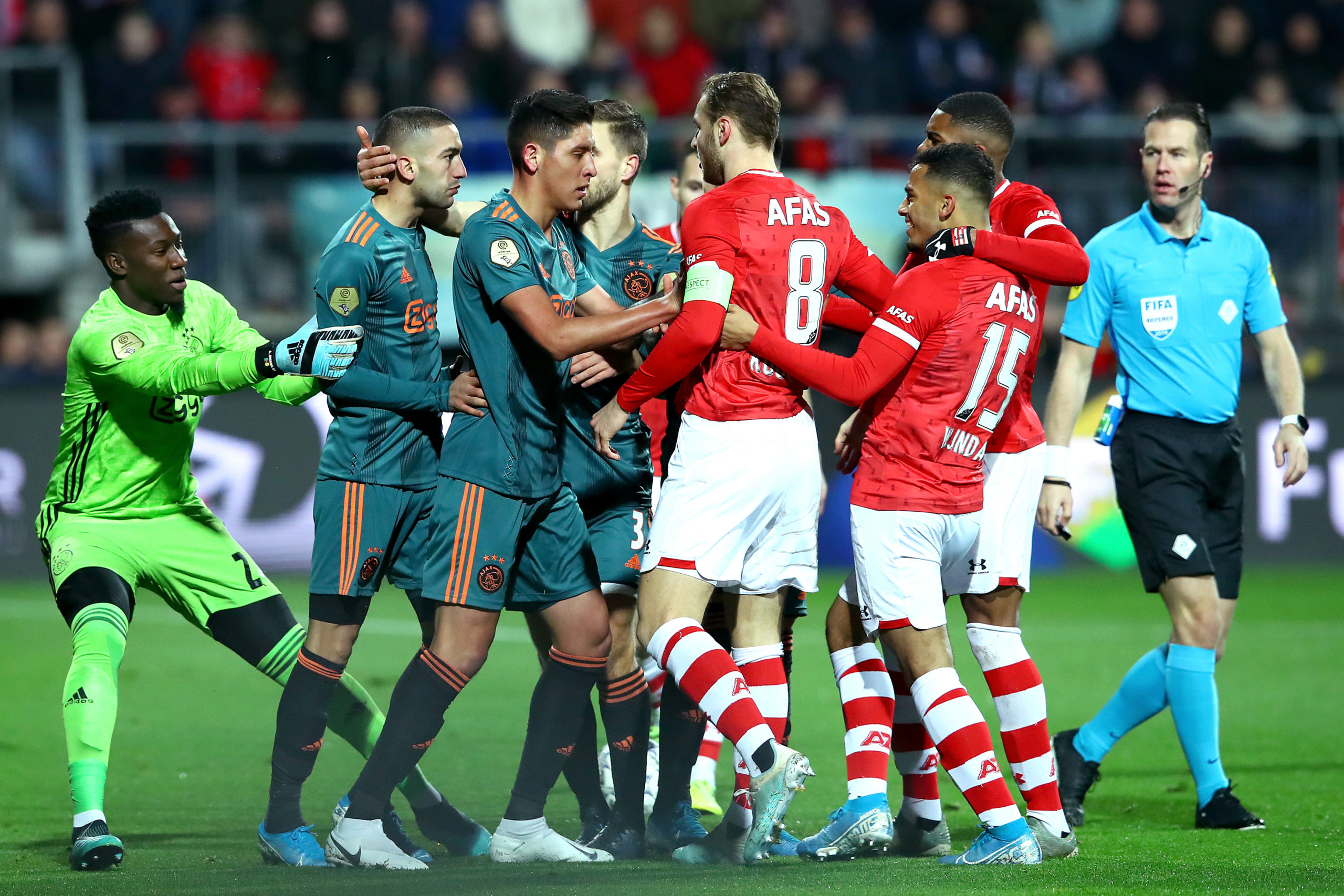 AZ tried to lay claim to the first spot in the Eredivisie, instead of Ajax. The number two went to the UEFA to get a hold of the first place and the accompanying Champions League-ticket.

When the Eredivisie was cancelled the KNVB didn’t announce a winner. They did however use the current standings, which has Ajax in first on goal difference, to allocate the tickets for European football next season. This meant that Ajax got the Champions League ticket and not AZ.

AZ desperately wants that first spot, because Champions League means a lot of extra income – something every club can really use. In a letter to the UEFA the club explained that according to them goal difference isn’t a good indicator, in this situation. They think that looking at head to head is more appropriate, AZ won both games versus Ajax this season.

The UEFA had already decided that the national FAs are responsible for allocating tickets, and thus referred AZ back to the KNVB. In a reaction the KNVB has stated they won’t come back on their initial decisions:

‘The UEFA informed the KNVB and referred AZ to us. We have informed AZ that nothing has changed for us. We decided on the distribution of European tickets on the basis of three criteria: transparency, objectivity and sportsmanship. We keep the ranking and Ajax is number one.’