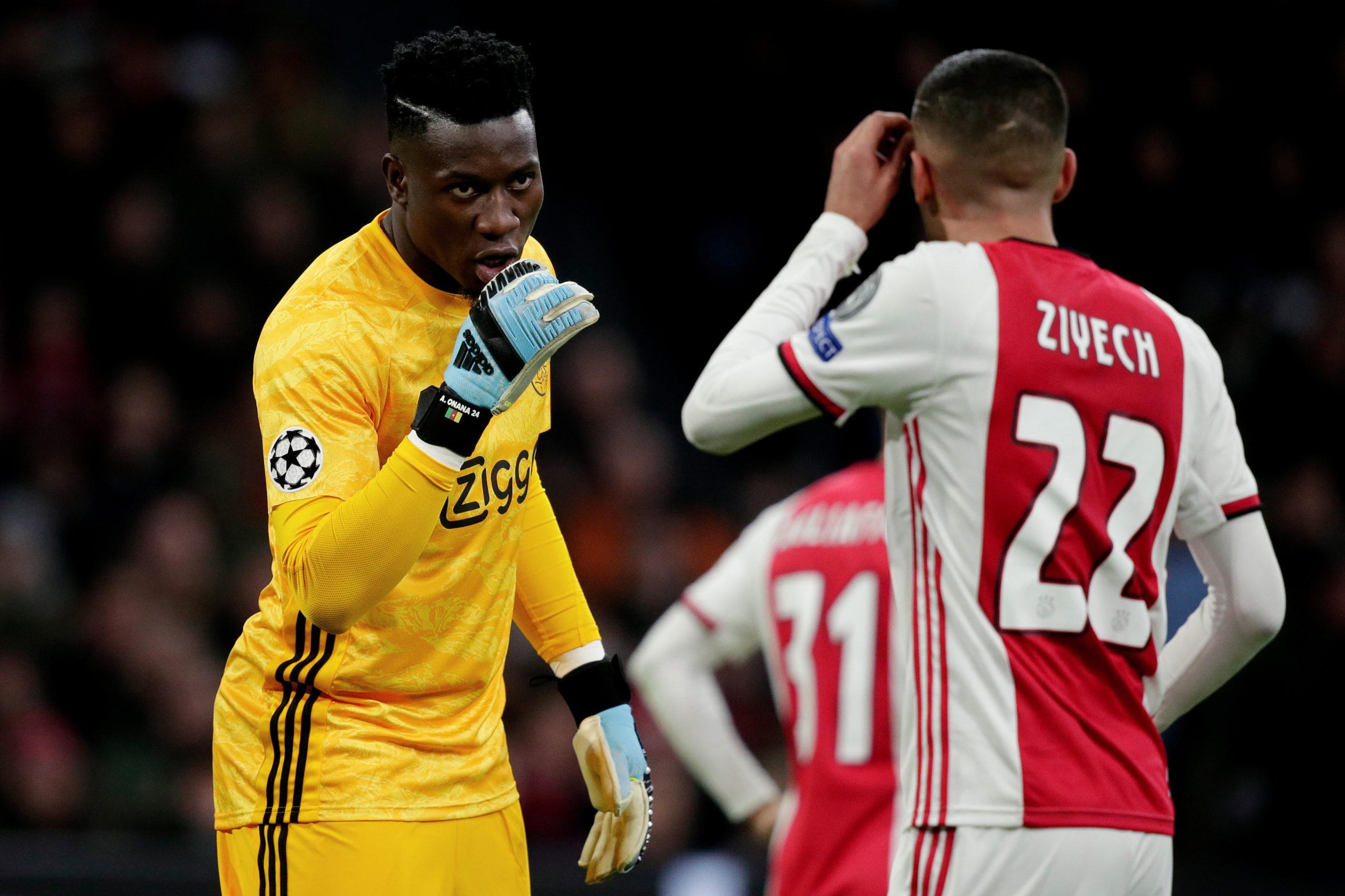 André Onana has already played his last match for Ajax, if it’s up to him at least. In an interview with AD he expresses his wishes for a transfer.

Earlier today, we reported that FC Barcelona enquired about the 24-year-old Cameroonian goalkeeper but that Ajax Director of Football, Marc Overmars, wanted to keep Onana in Amsterdam for at least one more season. It seems like that won’t happen since the goalie wants to leave the club himself.

‘Don’t get me wrong, I’m very happy with Ajax and I’m very grateful to the club,’ Onana says. ‘It’s been five great years here. But now it’s my time to make a move. We made that agreement last year. I don’t know what’s going to happen yet, but my ambitions and the agreements are clear.’

The agreement Onana refers to was made last year. He’d stay for another season and in return, Ajax would cooperate with a transfer this season if the right price was offered. Initially, this was set at forty to fifty million euros. But in the current situation, thirty million euros sounds like a more realistic price.

‘André is very important to us, of course, we don’t want to lose him’, says Erik ten Hag. ‘But it’s true that agreements were made last year. About the development picture and a possible next move if the right club and price passes by. As far as I know, there is currently no concrete offer made for him.’