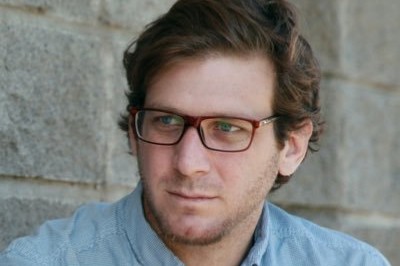 The sixth interviewee of this segment lives further away from the Johan Cruijff ArenA than all of the previous ones combined! Damian Eiberman (34) wrote to us all the way from Buenos Aires, the capital of Argentina. Fans of both Ajax and Argentinian juggernauts River Plate gather on Damian’s Twitter page, @Dami_Eiber, on which he covers the news and stats of both the clubs. Especially data and statistics seem to be his niche, and he told us about his passion for gathering and categorizing all the data he can find about Ajax.

In 1993, when I was eight years old, I did not have access to cable television. On the free tv networks that I could watch, there would only be two football matches shown every weekend: one of Ajax and one of the Italian league. I would always wake up early during the weekend to watch the Ajax match. I instantly fell in love with the attractive style of football, the many goals, and the kit. White and red are also the club colors of my local team River Plate. My passion for the club only grew bigger over the years. At one point they canceled the broadcasting of Dutch football, so I had to find a way to keep up to date with Ajax’ results. Nowadays, the internet and modern television made it very easy for me to watch the matches, so I watch every weekend.

Q: What is it like to follow the club from abroad? Are there any challenges involved for you?

It is very simple nowadays. Once every two weeks, ESPN puts on a Dutch match, and it’s Ajax three out of four times. Every Champions League and Europa League match is obviously broadcasted as well. When it is not on TV, I just look for some streaming website to watch it live. On a rare occasion that I can’t watch it live, I will watch the full game back later at night.

Q: What does Ajax mean to the football fans around you? Are there more Ajax supporters in your area?

Sadly, Ajax is not a very popular team here. My friends and the other people I know have developed a little bit of love for the club because of me and my passion, but no one really cares about Ajax winning or losing. For many years now, the first thing my friends ask on Mondays is how River Plate and Ajax did over the weekend.

Q: Have you ever been able to attend a match at the Johan Cruijff Arena? If so, which game(s), and how was your experience?

I haven’t been able to. The only time I’ve been to Amsterdam there was no match to attend. Ajax played away from home that weekend and I only stayed there for a few days. One day I will be there in the stadium, and I can’t wait!

No, only River and Ajax. I do have favorite clubs in some countries, but the only ones I really care about are these two.

It was an easy decision for me. I use my Twitter account only for football, and for the work I do around football data. The two main subjects in the world of football that mean the most to me are River Plate and Ajax, so it happened organically.

To be honest, I don’t have anything all too special to offer in terms of news, analysis or opinion. I don’t even know that much about football, and I don’t like to talk too much about things I’m not an expert on. What I do have, and what I really think not many people have, is my Ajax database, from which I can take interesting facts and statistics.

Q: Could you tell us a bit more about your collection of data around Ajax?

I have built up an extremely large database around Ajax matches. I have now collected around 85-90% of Ajax’ results, goals, formations, bookings, etc, going back as far as 1954. I have cataloged all that data over the course of many years, and not only for Ajax. I also have databases for River Plate, the Argentinian national team, and the Argentinian first division. I really love doing this, it is a huge passion of mine. Even if most people couldn’t care less about it, I will still do it and enjoy it.

I know that breaking news and rumors will get me a few more retweets, followers and interaction. But after many years of reading these things, I got bored with all the people talking about the same stuff, in the same way, day after day. I prefer to do something different even if I don’t get as much recognition.

Q: What is your opinion on Ajax’ own approach to social media? Could they make improvements? Do you offer a kind of content that the official Ajax accounts lacks?

I think they are doing a great job. They post content that is funny, different from the basic interaction with players. They capture both training days and match days, they show old goals, players and matches from many years ago. I really like it. I also think the statistics that I provide could be a great addition to the official channels. I don’t know why they don’t feature more data: whether they aren’t interested in it or simply don’t have the numbers.

I don’t. I know there is a great women’s team at Ajax, but at the moment I don’t have the time to learn about it and collect all the data I need to cover it. Nevertheless, I try to watch the match reviews and goals whenever I can.

Q: Ajax gained a lot of followers across the borders after last season’s Champions League run. Is this effect noticeable to you in your work?

Yes, but I don’t think it will last. Many people started to notice and like Ajax last season, but I think it was only “because of the moment”. Most people consume football that way, especially on Social Media. They just go with whatever is “hot” or full of “shiny stuff”.

I don’t have that many Dutch followers. I obviously don’t know the exact reasons why, but I’d guess that the fact that I tweet in Spanish would be one of them.

I would really like to, but I have yet to do so.

The victory over Real Madrid in the Champions League, without a doubt. To defeat one of the biggest rivals we have in Europe, in their home, and while enjoying our beautiful football, was priceless.

Q: What are your expectations of Ajax for the rest of this season?

Sadly, we have already been eliminated from all European tournaments and the KNVB cup, so I obviously expect Ajax to win the league. The team is currently in very bad shape, losing way more often than we are used to, but as soon as the players get a grip on our football again, it will all be just fine.

Q: As an Argentinian, are you proud to see Nicolás Tagliafico and Lisandro Martínez do well in Amsterdam?

Yes, I am. I always love to see Argentinian players at Ajax, though sadly there haven’t been that many over the years. I would love to see a River player going to Ajax in the future. Both Taliga and Licha are great players with a big career in front of them and I expect to be seeing them both for at least a few more years.

I have three favorites. Donny: I love him. He attacks, defends, plays well with the ball at this feet, never stops whether he’s winning or losing, and he comes from the academy. I’m also a big fan of Naci Ünüvar. I’ve been watching some of the youth matches and I see a huge talent in him. He seems just right for us and our style of football. He has a magic pass like I have never seen before, as if he invented it himself. The third one is Huntelaar: 36 years old and still training like he’s a youth player. He always gives everything for the team, no matter whether he starts on the pitch or on the bench. He makes the best of every situation every time.

Q: Who do you think is the most underrated player of Ajax and why?

I don’t think there really is one player who is being underrated. Maybe Onana, because he is not yet the top goalkeeper we think he may become, but it is just a matter of time.

I’d rather give you the names of River Plate players who would fit in well at Ajax: Gonzalo Montiel and Exequiel Palacios. The latter only recently left for Bayer Leverkusen, however.

Q: Who is your all-time favorite Ajax player?

I’ll make a team with only the players I’ve seen playing. I know all about the wonderful history of the club, but I think it’s better like this.