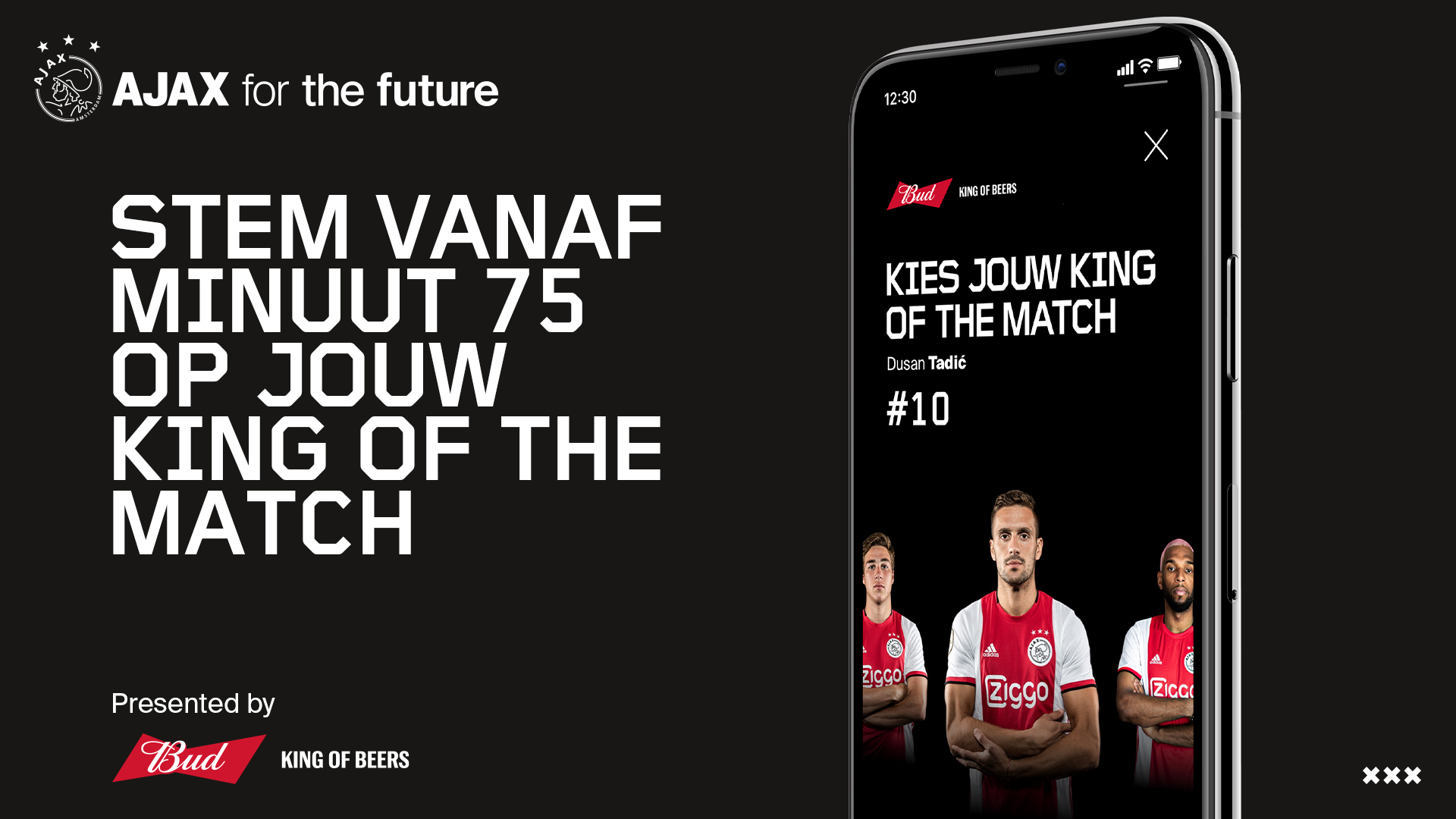 From this Sunday (RKC at home) onwards all Ajax supporters can vote on who has to be named Man of the Match, or King of The Match as it’s called at Ajax. People can vote on either the Ajax app or the special webpage.

Since 2018 Marc Overmars decided who was the Man of the Match. Before that, the Ajax coach would always do this but ten Hag didn’t feel comfortable doing this. Now that has been changed though! From the 75th minute onwards every Ajax fan can vote in either the official Ajax app (only iOS at the moment of writing) or via the webpage: ajax.nl/KingOfTheMatch

This season the American beer brand Bud became the official sponsor of Man of the Match, renaming it to King of the Match.

During home matches in the Eredivisie, the King of the Match feature automatically becomes visible in the Ajax app. In order to use the new version of the app, you only need to log in the 1st time with your My Ajax account. Don’t want to miss the latest Ajax news and get a notification if you can vote for King of the Match? Then set up your notifications.