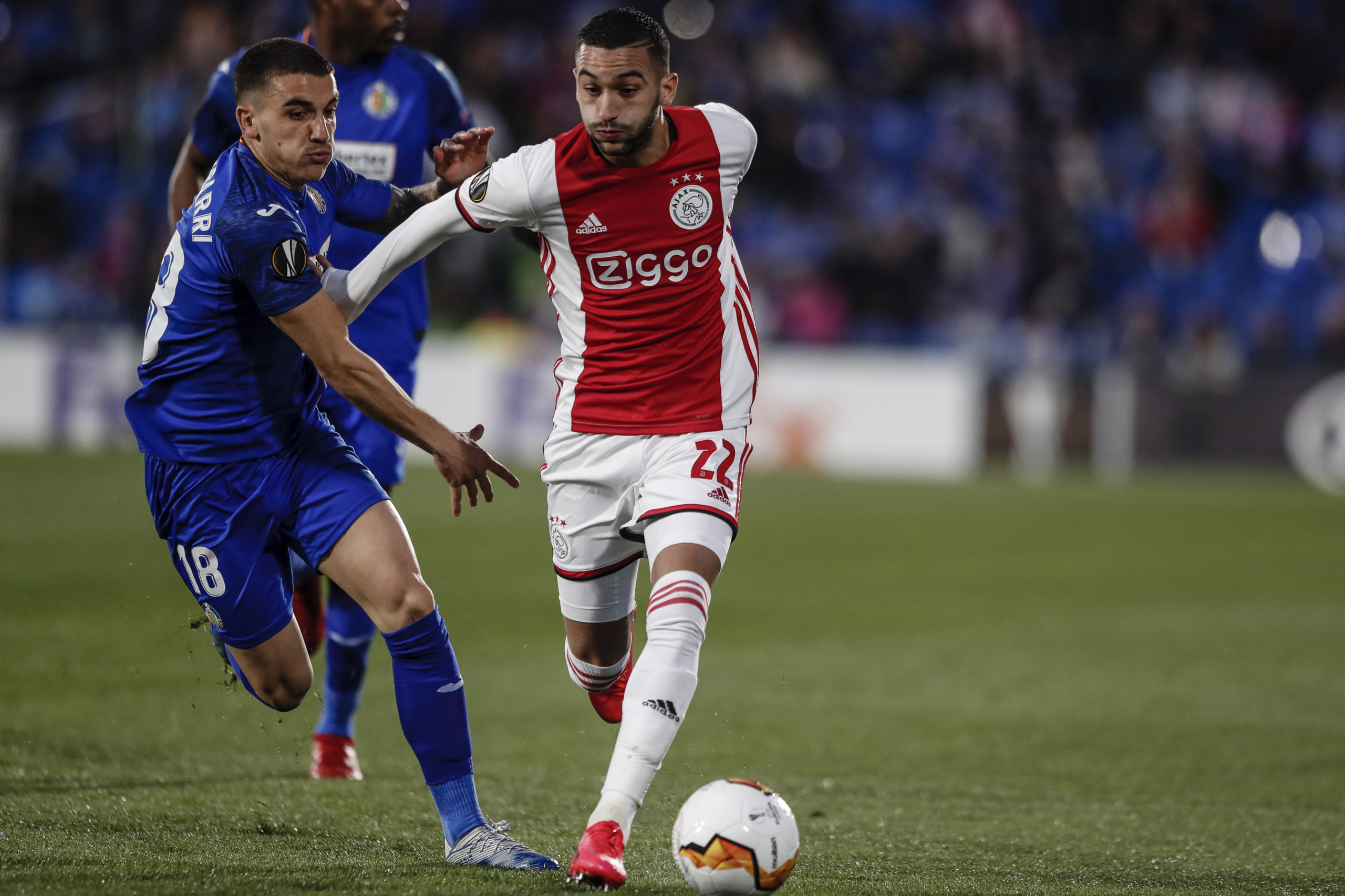 More bad news for Ajax… The official news channels have communicated that Hakim Ziyech will miss the game versus Getafe tomorrow because he is still hindered too much by his calf injury.

Hakim Ziyech suffered a calf injury the game versus Sparta (2-1). He missed the next three matches but played ten minutes versus Vitesse in the cup and a half in the RKC-game. He played the entire first leg versus Getafe but already didn’t seem to be fully fit. He missed the last league game, versus Heracles and now isn’t deemed to be fit enough to play on Thursday versus Getafe.

This is a real blow for the already slim chance Ajax has to progress to the next round in the Europa League. They will have to make up for a 2 – 0 defeat in Madrid last week. Hakim Ziyech has been one of the leaders of Ajax this season; scoring 8 goals and assisting another 13 so far already.

The first leg versus Getafe might very well have been Ziyech’s last game in the Ajax kit in Europe since he will move to Chelsea next season.