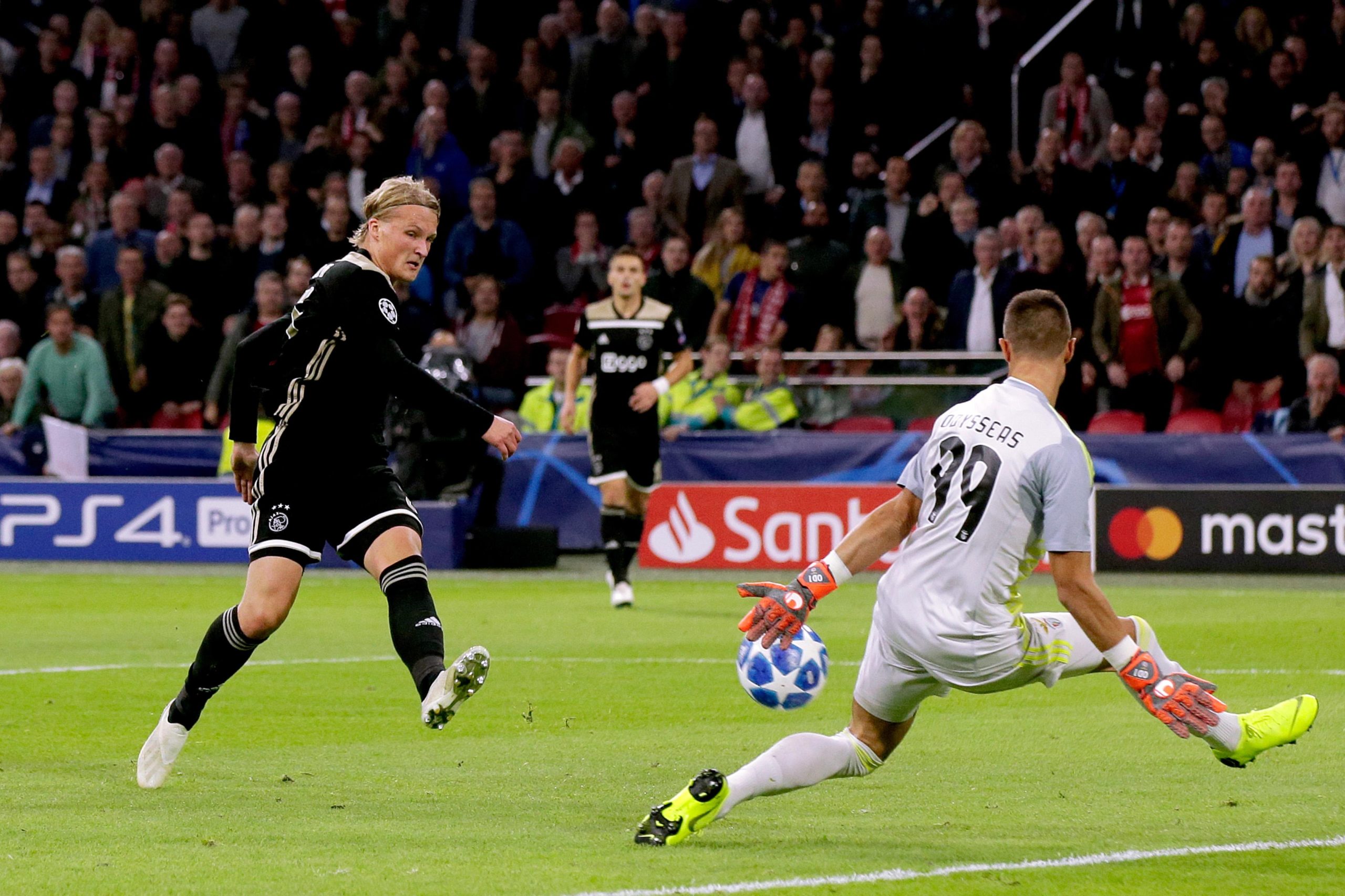 According to Portuguese news sites, Record and O Bola Ajax sees Benfica goalie Odysseas Vlachodimos as a serious option to replace Andre Onana next summer. Since Onana is on the shortlist of some of the biggest European clubs, Ajax expects that he leaves Amsterdam coming summer and they see the Greek goalie as a worthy replacement.

Vlachodimos has Greek roots but was born in Stuttgart, Germany. He started his career at Stuttgart but only played three matches for the first squad. In the winter of 2016, he made a transfer to Panathinaikos. He played 63 games for the Greek club before joining Benfica in July 2018 on a 2.5 million deal.

At Benfica, his competitor for the role of first goalkeeper was Bruno Varela but Vlachodimos managed to win that battle. If it comes to a transfer to Ajax, the two goalkeepers will maybe face each other again. According to Portuguese media, Benfica doesn’t want to let him go for anything less than 15 to 20 million euros.

It’s no surprise that Ajax is looking for a goalkeeper for next season since it’s highly expected that Andre Onana will leave the club coming summer. In an earlier stage, the Anderlecht goalkeeper Hendrik van Crombrugge was also linked to Ajax.