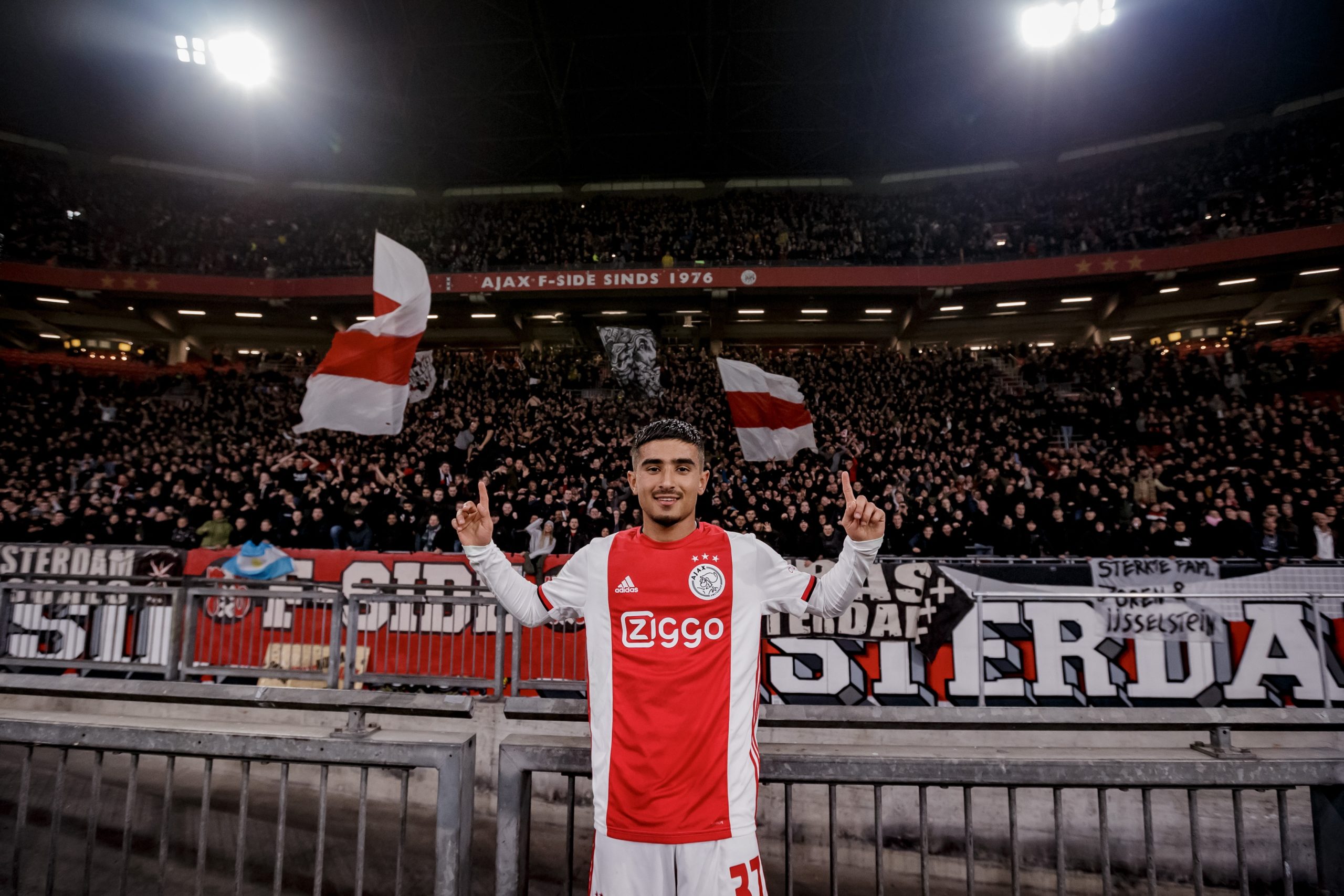 Ajax faced off against SV Spakenburg in the KNVB Cup round of 16 on Wednesday night. Spakenburg isn’t a big name in- or outside of the Netherlands since they operate in the fourth division of Dutch football. While this fixture might be a less interesting one to many fans, the match itself was well worth watching. It was not a close contest and there was no upset, but the spectators could enjoy two debuts, seven goals, and one perfectly golden hat-trick. Ajax 7 – 0 Spakenburg.

It must have been quite an impressive moment for the eleven men from Spakenburg when they entered the field of the Johan Cruijff ArenA to take on the reigning cupholders. Up until this point in their cup run, they had managed to evade any clubs from the first or second division. Now they were playing in a stadium nearly seven times larger than their own in terms of capacity. The ArenA was almost entirely filled with fans who don’t often have the chance to buy a ticket, and the away section was equally packed. It made for a loud and cheerful atmosphere.

Erik ten Hag obviously did not put out his strongest eleven, but it wasn’t a total B-team either. First-team regulars Tadić, Tagliafico, Martínez, and Dest started for Ajax. Bruno Varela finally made his debut in the first team of Ajax, after patiently waiting behind André Onana for over a year. It would be a dull evening for Varela. Carel Eiting and Răzvan Marin were given a chance to shine in midfield alongside Siem de Jong. At the front, Babel could have another go at pursuing his first Ajax goal since his return, while Lassina Traoré seized the moment to make a good case for himself as the future striker of Ajax.

The first half of the match was all about Siem de Jong. A flawless hat-trick, three consecutive goals by the same player, is rarely achieved. A golden hat-trick, however, is even more extraordinary. Siem de Jong scored in the 18th, 42nd and 45th minute, using his left foot, his head, and then his right foot. He found the back of the net with such ease that he suddenly looked like the old Siem again: the prolific striker that he was in his first stint with Ajax.

It was quite obvious during this first half that the visitors were five to ten weight-classes below Ajax. Spakenburg’s best moment arguably came at the very start of the match. Vince Gino Dekker, who once came through the Ajax academy and played 18 matches for Jong Ajax, beat Lisandro Martínez on raw speed and raced towards Varela’s goal. He lost his cool, however, and clumsily fired the ball into the side-netting. It all went downhill for Spakenburg from this point on: the second minute of the game. Ajax besieged the Spakenburg goal. Babel, Marin, Tadić, Martínez, Tagliafico: they all had a go at it. Only Siem de Jong managed to score before the break though, in threefold.

Lassina Traoré must have felt inspired by the hat-trick hero, because despite his somewhat uneventful first half, he only needed seven minutes to score twice in the second. He scored a simple tap-in around minute 48, and he bagged a more impressive goal in the 52nd. He controlled a lovely chipped pass by Carel Eiting on the chest and fired the ball past the keeper: 5-0. Eiting, on a side note, had more complete passes to his name at this point of the match than the entire Spakenburg squad put together. Captain Tadić got his name on the board just four minutes later. Linking up with Traoré, dribbling past a defender or two, slotting it in the far corner: he made it look easy. The Spakenburgers stood and watched, the ArenA chanted: “Ten! Ten! Ten!”.

There wouldn’t be ten goals scored that night. Ajax took their foot off the gas after the sixth goal, much to the dismay of Klaas-Jan Huntelaar, who had replaced Babel and wanted to score as badly as he always does. In the 75th minute, Spakenburg lost their winger Everton Tavares to a seemingly bad injury. They had no spare substitutes, so they played on with ten. Ajax’ final substitute was the most cherished academy player still to make his debut: Naci Ünüvar. “The Ajax Youth Has The Future”, is how the academy motto goes, and many wonder what the future has in store for this particular 16-year-old. His status as a child prodigy was made loud and clear by the ArenA cheering for his every touch of the ball.

With Ünüvar’s fresh energy and Spakenburg down a player, Ajax reignited in the last ten minutes of the match. Jurgen Ekkelenkamp, who had replaced Dušan Tadić earlier, scored a seventh goal, but it was disallowed for offside. That seventh goal did come, however, and it was the most celebrated goal of the night. Naci Ünüvar got into the box, twisted and turned and was dragged to the ground. He asked his senior teammates if he could take the penalty in the same way that Appie Nouri claimed a free-kick on his debut back in 2016. Appie scored and Naci scored, as Ajax debutants do. The crowd’s favorite had put the final score on the board.

It was a special night for Ajax. The people from Spakenburg may have had little to celebrate after the match, but even their players shared a few laughs afterward over the experience of playing in a full stadium and swapping a shirt with Siem de Jong. They might have expected their cup run to end here. Ajax will be happy to advance to the quarter-finals, looking to prolong their cup title. The KNVB Cup will continue in February when Ajax face Vitesse away from home.