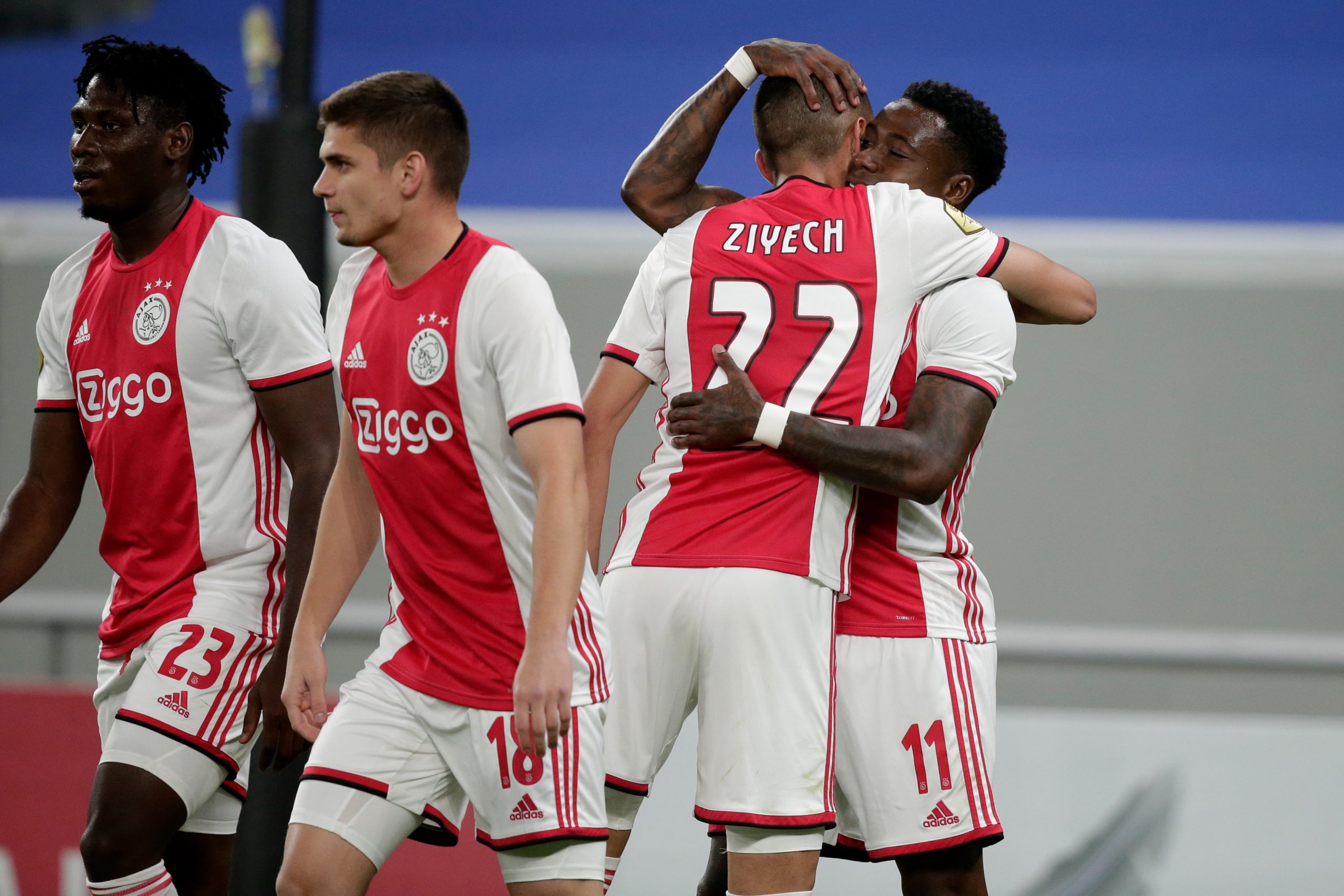 Ajax has won its second game of 2020 as well. The A-team beat their Belgian opponents with 3-1.

Contrary to the match versus Eupen, Ajax started with almost their strongest XI tonight. Two talents got a starting spot; Gravenberch and Traoré. The latter almost scored within the first 10 minutes but was just too short to slot it home.

In the 13th minute, Ajax did take the lead, though. A shot by Mazraoui was deflected into his own goal by Brugge defender Kossounou. Only two minutes later Hakim Ziyech scored the second of the night. An amazing strike from outside of the 18-yard box meant that Ajax doubled their lead.

Ajax didn’t score anymore the first half but stayed the far more dominant side. After 50 minutes Ajax found their third goal. Ziyech won the ball on the half of Brugge and found Traoré, who in turn gave it back to Ziyech inside the penalty area. A sublime backheel by the Moroccon set Promes free in front of goal and he did not hesitate; 3-0.

Later in the second half, Ajax substituted all ten of its field-players. Ajax wasn’t able to find the back of the net anymore but Brugge was. Thomas van den Keybus punished a mistake by Perr Schuurs and scored. The 3-1 was the final score.