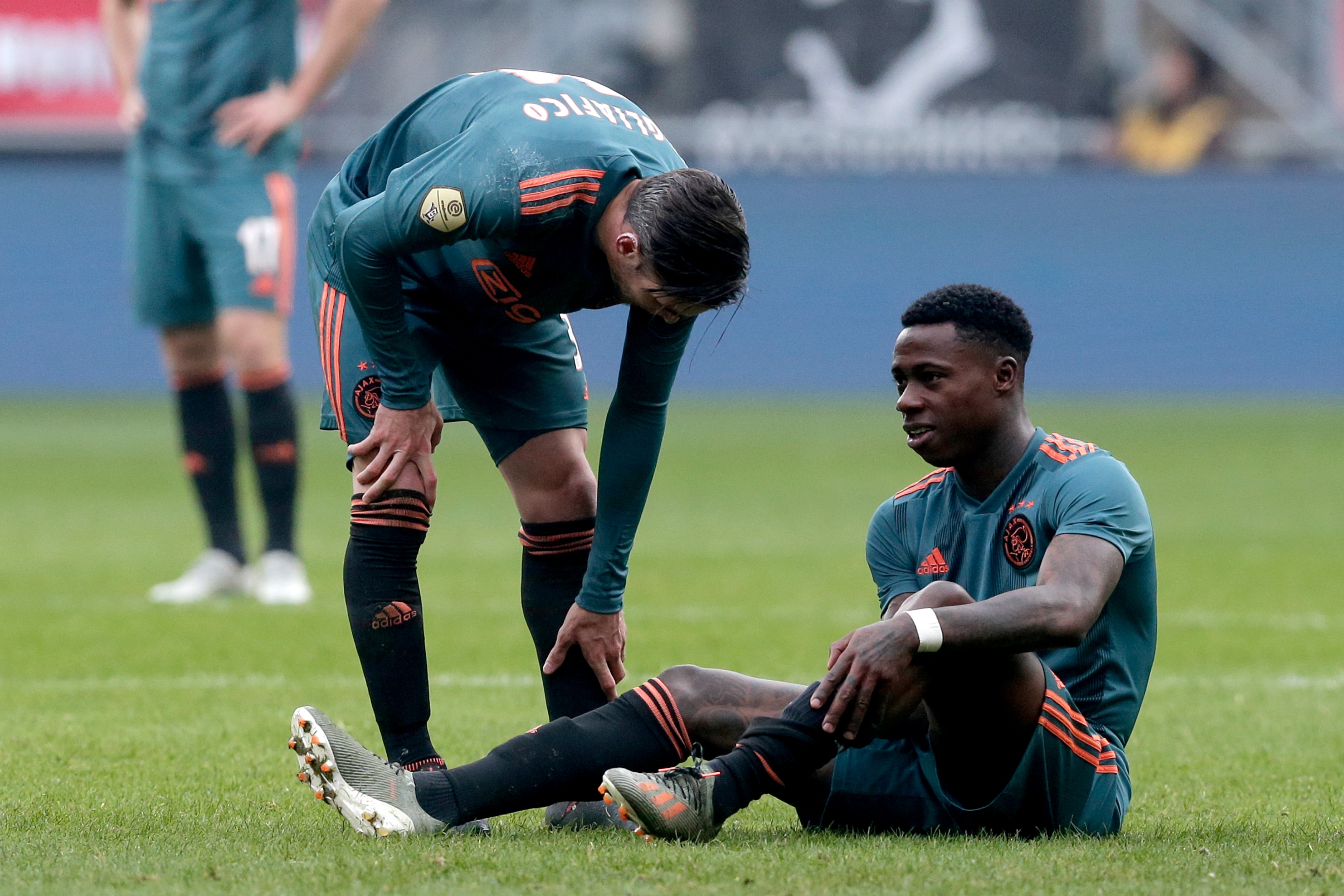 Erik ten Hag has revealed that Quincy Promes will not be fit in time to play against Valencia. He did so during the press conference on Monday. Apart from Promes and those who picked up long-lasting injuries, Ten Hag has every player available to him. That includes André Onana.

Quincy Promes picked up an injury in the away game against FC Twente eight days ago and had to be substituted only thirty minutes into the match. He already missed out on the home game against Willem II and, as we now know, will also have to watch the Champions League fixture against Valencia from the stands.

So Ajax will have to miss Promes, a prolific goalscorer, when they face Valencia in a crucial Champions League match, but Onana will be in goal. Ajax needs at least a draw to secure their spot in the Champions League after the winter break.