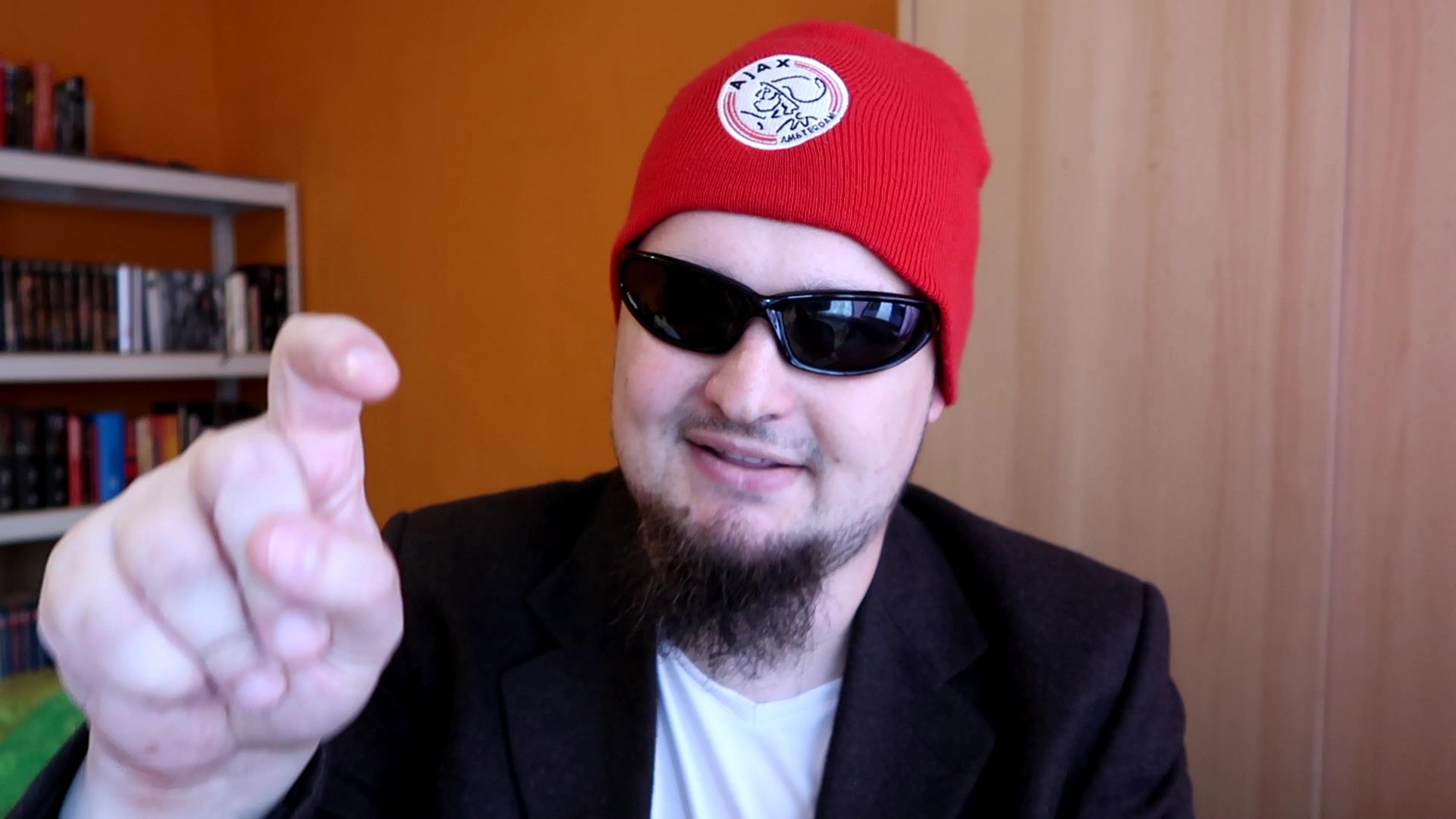 For the second interview of this new AAA segment, we look eastwards to the country of Poland. Thomaz Weinert, age 31, manages both a Twitter account and a Youtube channel from the city of Szczecin, close to the German border. He tweets daily about the world of football and always keeps an extra eye on Ajax, his favorite club. With his humorous approach to social media, Weinert has had a reasonable amount of success on twitter, especially considering that all his tweets are in Polish.

Do you remember the Champions League final of the 95/96 season? The Juve game. That was the moment. I watched the game with my father and my grandfather. As silly as it may sound, it was the jerseys that Ajax were wearing that night that caught my eye. Please understand, I was just eight years old. Throughout the years, I started to get into the club more and more. Every piece of information I got about Ajax seemed like a message. A message saying: “This is your club”. I did not resist it. Why would I?

Q: Are there more Ajax supporters among your family and friends?

No, not really. Not many of my relatives or friends have any interest in football. I respect that and I try not to force them into talking about all that stuff. Fortunately, there’s YouTube and Twitter, so I don’t have to annoy them with all that.

Q: Have you ever been to an Ajax match and how was your experience?

No. I’ve been planning a couple of trips to Amsterdam over the years, but for various reasons, it was never meant to be. This obviously has to change.

While Ajax is my undisputed number one club, I support and closely follow Real Madrid as well. That might sound a bit odd, as one would associate Ajax with Barcelona, but it actually makes sense to me. Remember Champions League final, season 97/98? Madrid beat Juve at the ArenA. I considered this a revenge for 95/96 and started to support Madrid. Raul and Redondo were big influences as well.

My twitter account started as an expansion to my YouTube channel. I like it a lot here, and so @PanTomaszJZW became more my personal account. I wouldn’t say it is dedicated to Ajax entirely. I tweet about whatever comes to my mind, mostly football. Ajax is an important part of my life and I guess it is reflected on my timeline.

If you want to learn Polish and have a laugh or two you won’t be disappointed. And if you don’t understand something: feel free to ask me. Just remember that I don’t speak Dutch. English, please.

I guess memes and banter. It sometimes goes terribly wrong though. Take this tweet, posted after the first half against Tottenham in the Arena…

Yeah, you can blame me for the fixture’s outcome. Our players do not deserve criticism after that particular game.

I can’t think of a better club Twitter account, to be honest. I love the sense of humor there, way better than what happens at the Roma account everybody seems to love the most. I’m a huge fan of last season’s gifs as well, with Ziyech’s magician series being my obvious favorite. Small touches like posting matchday tweets at 7:34 PM as a tribute to Appie matter as well. I’m very happy with Ajax’ Twitter account.

I sometimes retweet something about youth teams, but I do not follow them that much. Lack of time to be honest. Same goes for the ladies.

Yes, absolutely. I get mentioned a lot more. I frequently get asked how on Earth Ziyech is still an Ajax player for example.

Everybody remembers how we played, so now Ajax are seen as ‘the nice guys’.

That’s a tricky question, depends on what do you mean by a “fan”. People are obviously way more interested in Ajax and after our glorious last season. Everybody remembers how we played, so now Ajax are seen as “the nice guys” I believe. I guess that people hope we win against almost everybody they do not support most of the time. I did not notice that many new people really into Ajax though.

I already have a YouTube channel. There’s also Instagram and I guess that’s more than enough for me. This is not my source of income, I already spend lots of time on Twitter and YouTube. I can’t afford even more.

Juve away, for sure. I still remember crying after Silooy’s penalty back in the day. Same goes for the semis the season later. And the UEFA Cup a couple of years later. Beating Juventus last season felt like payback. And in what style, goodness gracious me! The majestic second half, when we have totally outplayed them, the outrageous De Ligt header… Even now, months after that I feel like an overjoyed seven year old just thinking about it. In all honesty, I didn’t think I would ever live to see Ajax THAT good. Not in today’s world. And yeah, tears of joy were there.

I expect us to win the Eredivisie. We have the best team by far. No manager comes even close to Ten Hag either, so not being where we are supposed to be all the time – which is at the top of the table – would be a disaster. In the Champions League though… I just want us to reach the knock-out phase. And after that all depends on who we draw. We have to remember, that even though we are still really strong, we don’t have Frenkie anymore. And when the really tough opposition comes to face us (with all due respect to Valencia and Chelsea, they’re one level below that), it may be too much for this team. I honestly can’t imagine us beating Liverpool. But it does not really matter, I couldn’t imagine us beating Juventus last season!

It’s an extremely likeable team we have right now, with a number of tremendous lads. I will go with Onana. Gotta love his smile. I’ve always had a soft spot for goalkeepers as well.

Without Daley Blind, Frenkie’s departure would have been way more traumatic.

Daley Blind. Ajax fans rate him highly, but I get the impression that he is not appreciated as highly as he should be outside of the fanbase. Without him, Frenkie’s departure would have been way more traumatic. There aren’t many defenders THAT good in the build-up phase. Daley is one of a kind. I hope he stays with us until his retirement.

Q: Who is your all-time favorite Ajax player and why?

That would have to be Jari Litmanen, my very first football hero. His jersey was the first one I ever got to own. But that’s not only nostalgia. Today I can appreciate his class and character even more. What a player.

That’s going to be controversial, but the first name that comes to my mind is… Nourdin Boukhari. I’m not saying he was our star player, but I always got the impression most supporters treated him as a terrible player, jokingly called him “Moroccan Maradona” and so on. And I believe he was a fairly decent player, and really useful at times. I guess you could think of some other players, but I have a soft spot for Boukhari and feel like he should be reminded to some people.

I don’t think that Robert Lewandowski needs any explanation, right?

That’s obviously a tough one, for numerous reasons. Just keep in mind, that this is not based purely on skill. It’s a mix of how much I love those particular guys and their quality. Furthermore, I decided to go only with players, I remember playing for the greatest club of them all. No Johan.