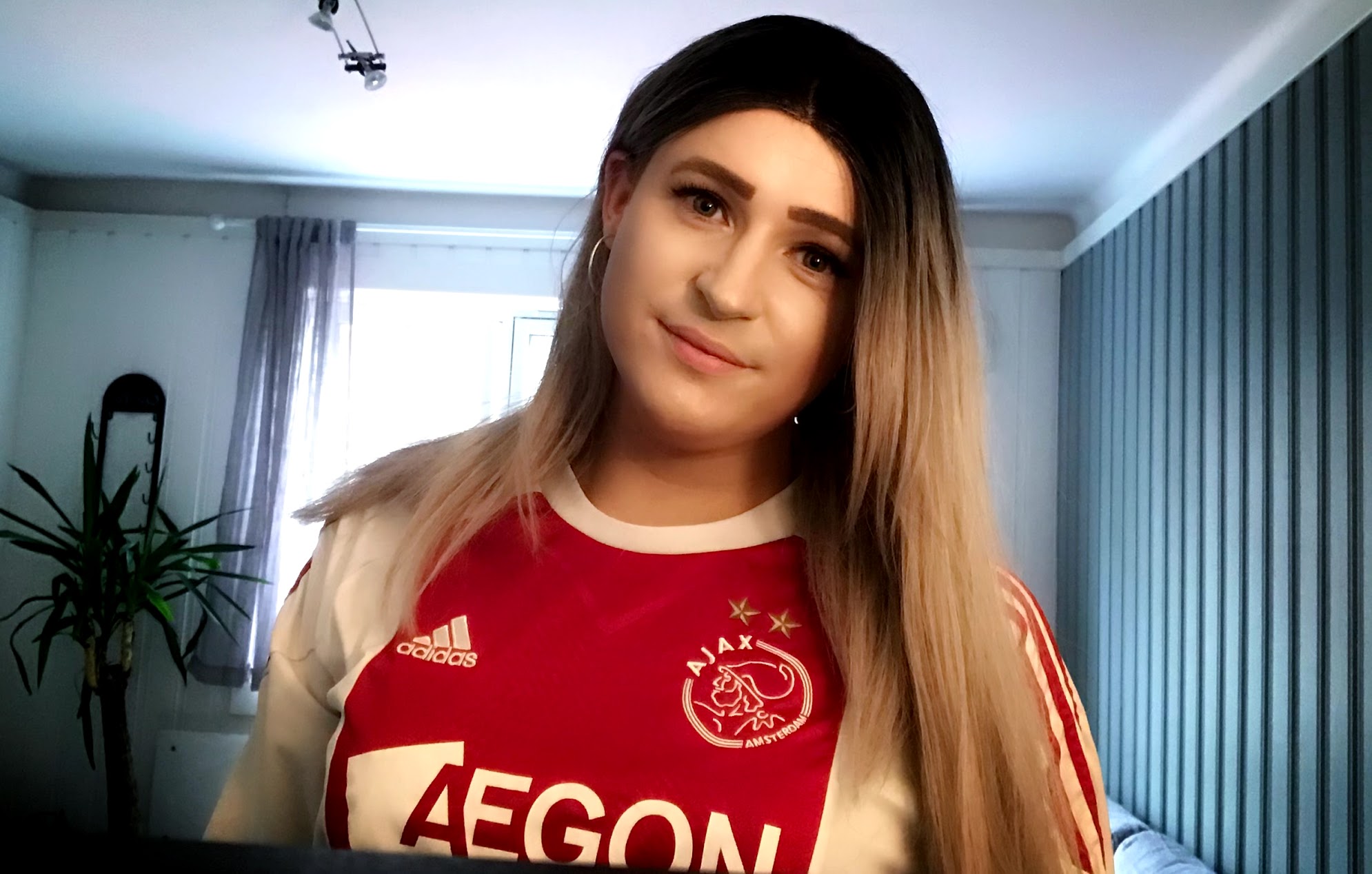 After checking in on the largest Polish Ajax-twitterer, the third interviewee of the Meet & Tweet series wrote to us from Norway. Martin Joheim (26) might just be the most fanatic Ajax fan in all of Norway, and he provides a lot of Norwegians with Ajax news and content through @Joheimen on twitter. He currently lives in Oslo, where he works for NRK, a broadcasting company for which he covers the news around football and other sports, among many other topics.

I started following Ajax when Jari Litmanen moved from Liverpool to Ajax in 2002, because he was my favorite player. It was quite difficult to follow the club at first, because only a few games where shown on TV and most of the information was in Dutch. Thankfully now there’s a lot more information available and most of the Ajax games are shown on television or streaming services in Norway.

Q: Are there more Ajax supporters among your family and friends?

There are not a lot football supporters in my family at all, but my brother moved to Amsterdam a few years ago, so now he follow Ajax pretty closely as well. None of my friends are Ajax supporters, even though the Champions League run last year got a lot of attention from my friends, colleagues, and family.

Q: Have you ever been to an Ajax match and how was your experience?

I’ve been to 12 Ajax matches with the senior squad, most of those over the last three years. When I’m in Amsterdam I usually watch Jong Ajax and the U19’s as well if I get the chance. The experience is always overwhelming. As a supporter from Norway, I’ve never been used to having an Ajax community around me. Even seeing another person with an Ajax jersey rarely happened in my life, so I guess you can imagine how it is being at the Johan Cruijff ArenA with over 50.000 Ajax fans.

I like to figure out who the biggest prospects in the academy are. It feels great when you’ve followed a player through the ranks.

I think most of my followers follow me because they want to be updated on what’s happening with Ajax and the Eredivisie, a league that doesn’t get much attention in Norway. I especially care about the biggest talents in the league, so you should follow me if you want to discover the future stars before their breakthrough.

My followers are mainly from Norway, and therefore my tweets about the Norwegians in Eredivisie gets the best response, at least when they’re doing well. Like Martin Ødegaard last year. I also get good responses when I do something different or unexpected, like when I did a “where-are-they-now” thread about the Ajax U19 team that reached the final of NextGen Series in 2012. I will try to make more content like that in the future.

I absolutely love what the official Twitter account is doing at the moment. One of the best ones around. The content always gets me hyped about the club. It’s difficult to point out what could be improved, but maybe they could offer even more content in English? Of course, the official account can’t publish opinions about the players and the club like I do.

I tweet about the youth teams because I love to watch talents become stars on the biggest stage. As I‘ve said, I try to watch the youth teams when I’m in Amsterdam, and I like to figure out who the biggest prospects in the academy are. It feels great when you’ve followed a player through the ranks. I haven’t been following the women’s team, but I’m sure it will happen soon, as my passion for Ajax is still growing.

I don’t think I have that many Dutch Ajax supporters following me. I think only a few of my followers actually are Ajax fans. Most of my followers are football fans in general and follow me because they want to know more about the club and the league.

The quality in this team should be enough to secure the second title in a row.

No, I don’t think so. I tweet because I think it’s fun and if I expand I would have to use a lot more time and energy. I would also feel more pressure about delivering content. But never say never.

So many options… I was in the ArenA for the home games against Benfica, Bayern, and Real Madrid, so those matches were special to me, of course. But my favorite moment has to be the away match against Real Madrid. Beating the club that won the last three Champions League trophies 4-1, and Dusan Tadic playing the game of his life. I think this was the moment when people really fell in love with that Ajax team.

I expect nothing other than a new Eredivisie title, at least now that Ajax is leading with three and ten points to AZ and PSV. The quality in this team should be enough to secure the second title in a row. I’m happy if the team reaches the knockout phase of the Champions League this year as well, but I must say I’m quite nervous about the last group game against Valencia. Hopefully, Ajax wins the group and draws an “easy” opponent in the next round.

It has to be Hakim Ziyech. A loyal magician that always steps up for the big games, and you can see clearly that he loves playing for this attacking Ajax side. A true club legend.

I don’t know If I would say that any of the players in the current team are underrated, but I don’t think Lisandro Martinez gets the praise he deserves. He still delivers some inconsistent performances, but he is at level with Frenkie de Jong when he’s at his best.

Q: Who is your all-time favorite Ajax player and why?

Frenkie de Jong. The way he played last season amazed me. The only Ajax player that has made me laugh just because he was so good.

Lasse Schöne. He was always loyal to the club, and I can’t remember him complaining a single time, even though he has spent a lot of time with the substitutes. He wasn’t a big fan favorite until last season. I miss him already.

There’s actually a few really exciting Norwegian players these days. Martin Ødegaard has been mentioned a lot earlier, but it feels like that train has passed. If I have to choose one player, then I would love seeing Erling Braut Haaland from RB Salzburg in an Ajax shirt. He’s only 19 years old and has scored eight (!) goals in his first five Champions League starts. Ajax needs a young and hungry striker in addition to Tadic and Huntelaar. If I think it’s realistic? No, he’s ready for bigger clubs.