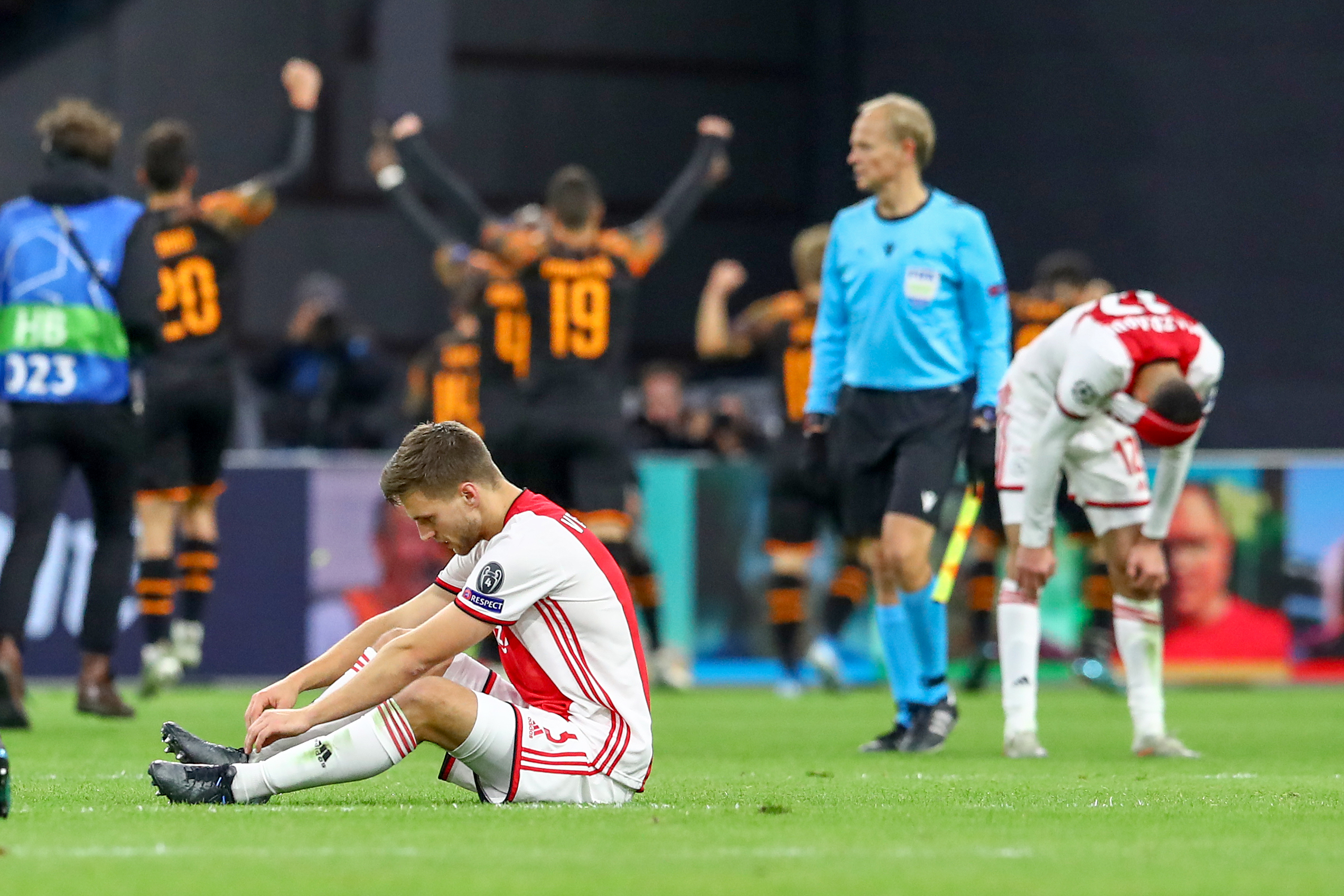 Ajax’ Champions League adventure of this season has come to a premature end after a narrow defeat on Tuesday night against Valencia. The club that lived such a football fairy tale in last season’s Champions League is now condemned to compete in the Europa League, despite having gathered ten points in the group stage. Ajax was top of the group up until the final match and did not need a miracle to go through, but they ultimately fell short anyway. Ajax 0 – 1 Valencia.

After a very promising start to the season, a week from hell is starting to take shape in Amsterdam. After having lost on Friday to Willem II in embarrassing fashion, Ajax now find themselves knocked out of the tournament they care about the most. Ajax played more football but scored fewer goals than Valencia, who managed to steal a victory based on discipline and efficiency. On the other shore of the English Channel, Lille was of no help to Ajax at Stamford Bridge, although they came close.

The opening stages of the match were scrappy, chaotic and exciting. Both sides managed to create danger in front of goal within a matter of minutes, more often because of their opponent’s wastefulness than their own ability. Rodrigo Moreno headed wide from a corner, while Donny van de Beek’s effort was blocked by a defender. Dušan Tadić launched a missile into the side netting just minutes after. None of these chances were very substantial, however, as neither team was able to go one-on-one with the goalkeeper for 23 minutes. Rodrigo Moreno beat Onana in the 24th minute.

Valencia managed to penetrate the Ajax defense rather easily after technical blundering by Noa Lang and Joël Veltman. Rodrigo Moreno left André Onana no chance to save and then, all of a sudden, Ajax was virtually knocked out. Ajax reacted well when the Johan Cruijff Arena raised its voice and created a handful of chances in the remainder of the second half. They still lacked a degree of precision and luck, however. Hakim Ziyech was swinging in more of his trademark crosses behind the defense, but instead of finding Quincy Promes, he never found Noa Lang. Donny van de Beek saw his acrobatic effort cleared off the line by an excelling José Gaya. Ajax had one more scare just before the break, but Onana saved diligently.

Erik ten Hag decided that he needed to make a change, and Edson Álvarez, who had already been booked in the first half, did not return from the break. Sergiño Dest was brought in, and Mazraoui moved up to midfield. Ajax showed a lot of urgency and intent in the second half as Valencia fell ever further back, trusting their back-line to withstand 45 minutes of whatever Ajax could throw at it. Valencia’s manager probably sat down to watch the match against Willem II ahead of Tuesday, because his defense was a lot better than it had been when Ajax visited the Mestalla and scored three goals. Valencia kept their squad very narrow and close together whenever Ajax would surround them. Ajax could only create danger from the sides, but shooting from those angles soon proved to be pointless. Diakhaby, Valencia’s big friendly giant, would easily head away every cross swung into the box, even when Klaas-Jan Huntelaar and Siem de Jong made their appearance.

As it became apparent that Lille was not going to stand in the way of Chelsea, Ajax and everyone behind them understood that it had to happen there and then in Amsterdam. They finally caught their opponents off-guard in the 65th minute. After Valencia had been lured in for a rare attack, Ajax finally had some space to work with on the counter-attack. Van de Beek found Hakim Ziyech in the box, who could finally shoot freely. He missed the biggest opportunity of the match. As Noa Lang missed a bicycle kick not too long after that, more than 50.000 people started to see the tragedy unfold in the Johan Cruijff Arena.

Meanwhile, Valencia did everything in their power to drag the match out and break up Ajax’ momentum. One could wonder whether Valencia Anno 2019 is a football club or a diver’s club. All eleven players of Valencia resorted to extreme measures, drawing fouls from the desperate Ajax players while goalkeeper Doménech received a booking for time-wasting. As Ajax grew more frustrated, the atmosphere on the pitch grew more hostile. Onana received a yellow card for his aggression, which renders him suspended for the next European game. Tadić got into a fight with Gabriel Paulista in the dying minutes of the game. Tadić got a yellow and Gabriel was sent off, but it was too late for Ajax. The game ended 0-1.

While Valencia and Chelsea are celebrating, Ajax is left to wonder how this campaign slipped through their hands. Having won only one of their last seven European games in the Johan Cruijff Arena, it’s almost as if Ajax have some kind of home-game-complex. If things don’t turn around very quickly, Ajax could lose both the Champions League and their lead in the Eredivisie in just nine days. AZ is waiting for the Amsterdammers on Sunday. Beyond that difficult away game, the year 2020 holds Europa League football for Ajax. It’s not the tournament anyone wanted, but it’s the tournament Ajax is left with to try to add a bit more prestige to the 2019-2020 season.