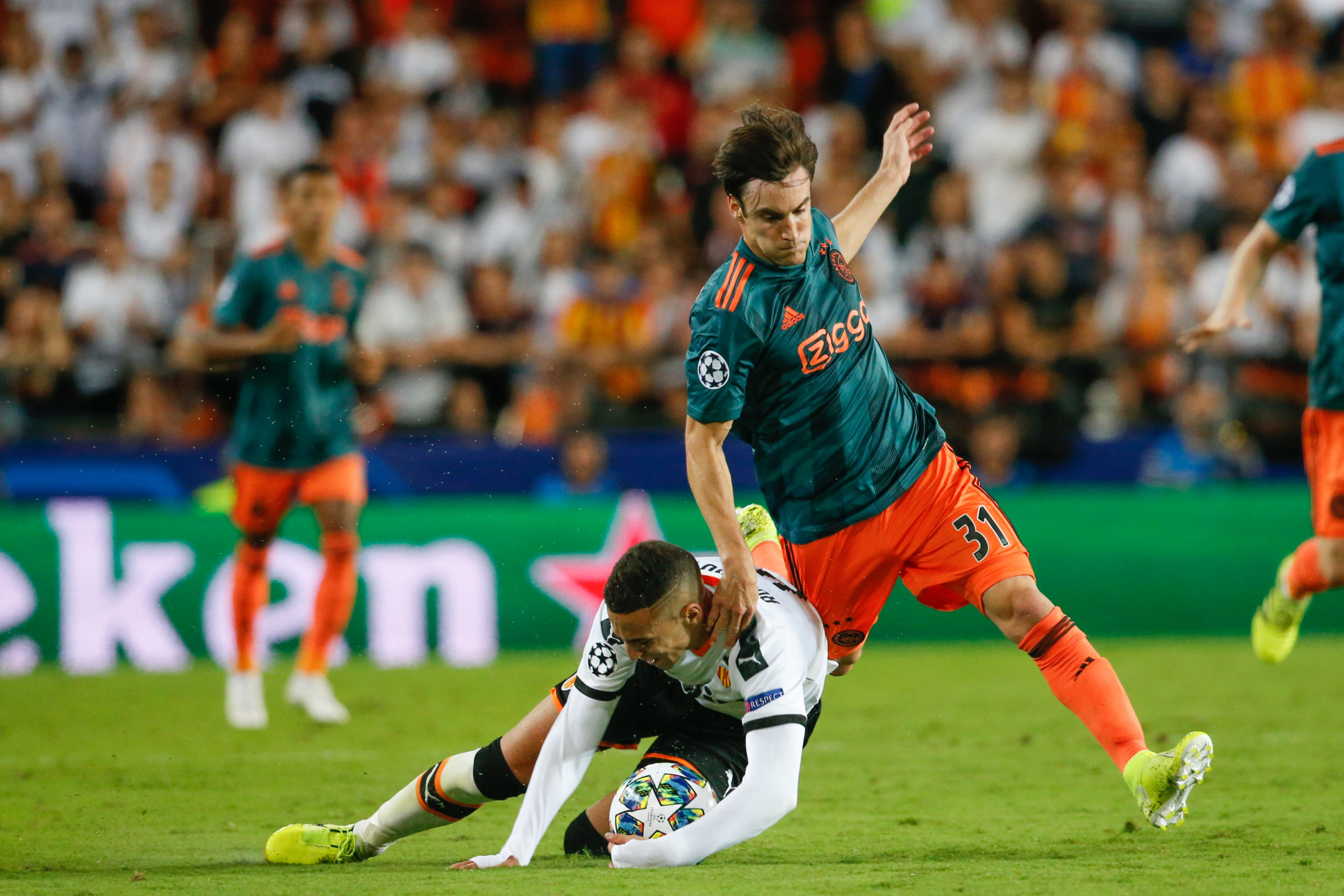 It’s time for the all-deciding game in the Champions League. Ajax needs at least a point to advance to the KO stage of the most prestigious competition in Europe, will they succeed?

It’s all or nothing now for Ajax. A victory will see them top of the group, a draw is enough to advance and a loss will mean they will play in the Europa League after the winter break. Reaching the next round of the Champions League is the goal for Ajax.

The last game between the two sides ended in a 0-3 victory for Ajax in Valencia. The end result shows a much more one-sided game than it actually was, though.

Ajax is one of the best teams in the world

Valencia needs to win or hope for a good result in London, where Chelsea will have to lose versus Lille. Celades doesn’t expect that to happen so his team will have to put in a result versus Ajax. “I believe that Chelsea does what it’s supposed to do and that Chelsea will win over Lille. Then we know that we have to do everything right against Ajax. Not just one or two things. Everything has to go well. Otherwise, it won’t work.” he said on Friday. The manager of the Spanish side tried to put his team in an underdog position. “Ajax is very good, one of the best teams in the world. But we have a chance to win and with that mentality, we are also going to start the game.”

Even though a draw is good enough for Ajax, they’ll play to win according to van de Beek: “We always play to win but we know what score is good enough to progress.”. Ajax faced a similar situation versus Tottenham last season in the semifinals of the Champions League. A draw was also enough to secure a place in the next round, but that went totally wrong. During the press conference, Ten Hag indicated that the lost home game with Tottenham Hotspur did not go through his head: “We want to win, with that intention we take to the field, nothing else. We have to show that we have taken steps in that direction, keep calm.”

Both clubs have problems with injuries and suspensions. Valencia misses their goalkeeper Jasper Cillessen. He’s far from the only one for the Spanish club, though. Mangala, Maxi Gómez, Gonçalo Guedes, Lee and Kondogbia are injured as well. Especially Kondogbia (CM) and Guedes (LW) are important players for Valencia. That’s not all though, as Garay is suspended for the match versus Ajax. The experienced leader in the centre of the defence got three yellow cards in previous games and thus received an automatic one-match suspension.

Ajax doesn’t have as many injuries, but the players who are injured were some of their most influential so far this season. With David Neres, Quincy Promes and Zakaria Labyad out Ajax still miss three wingers. Erik ten Hag has announced that he expects Onana to be fit again after he left Saturday’s training with a minor hamstring injury.

Tadic back as striker

We expect Erik ten Hag to field Tadic as a striker again, since Huntelaar wasn’t a success versus Willem II. Ziyech will move to the wing, accompanied by Noa Lang on the other side. This means that van de Beek will move to CAM and someone will have to take his spot as a controlling midfielder. The most likely option is Edson Álvarez.