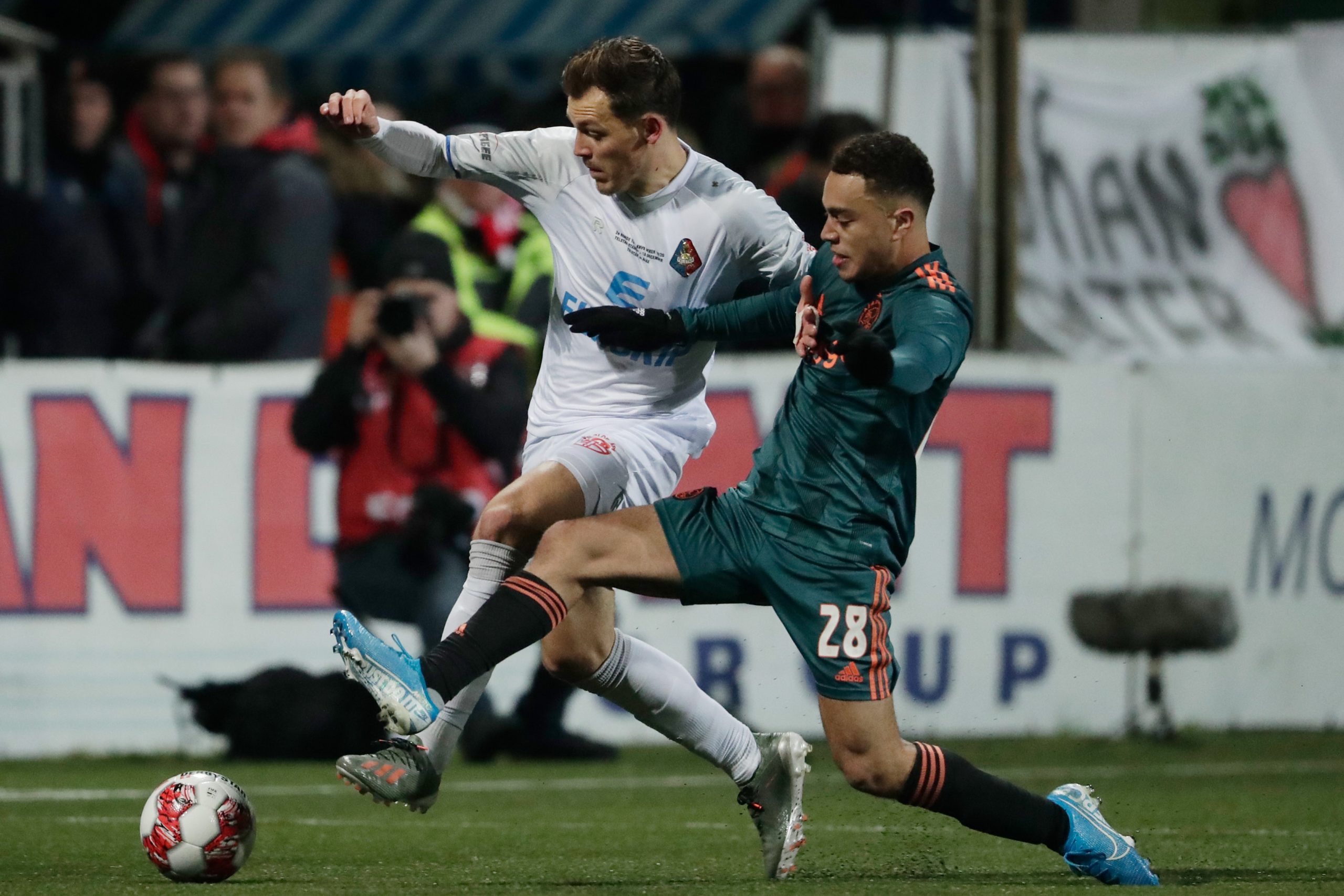 Sergiño Dest hopes that Ajax can get back in shape soon. The incredibly successful year of 2019 is looking to end on a low for Ajax. The Amsterdammers lost three matches in a row without scoring a single goal, and despite the fact that they advanced in the KNVB Cup after beating Telstar 3-4, Ajax are still looking low on confidence.

Sergiño Dest was one of the protagonists on Wednesday night. He scored two of the four Ajax goals against Telstar, but he remains critical when looking back on that match. “We did not perform well as a team. I thought our play was mediocre,” he stated in front of the cameras of Veronica Inside. “Of course, the most important thing is to advance, but I think we still have to take a good look at ourselves. The way we play is Ajax-unworthy. The style of play is just wrong. I don’t know how this happened, we’re not performing the way we did earlier in the season. We do unnecessary things, make unnecessary runs.”

Dest will also admit that the season so far is a tough one for him. “But I also really enjoyed it, and we’re only half-way. I’ve been given a lot of opportunities and I really presented myself, but I’ve obviously also made mistakes,” said Sergiño, who feels like he is developing himself at a good pace. “I’m working hard to keep doing what I do, and to collect as many caps for Ajax as I can.”

Daley Blind’s absence was very noticeable against Telstar, when sloppy defending cost Ajax three goals against. There are still a lot of questions around the mystery ‘injury’ of Ajax’ vice-captain. He is reportedly undergoing extensive examinations, as Ajax won’t take even the slightest risk with Blind. Sergiño Dest doesn’t know much more than we do. “He hasn’t been at the club all week. I don’t really know how he’s doing, but I’ve sent him a message to wish him well.”