Skip to content
All About Ajax specials Analysis General 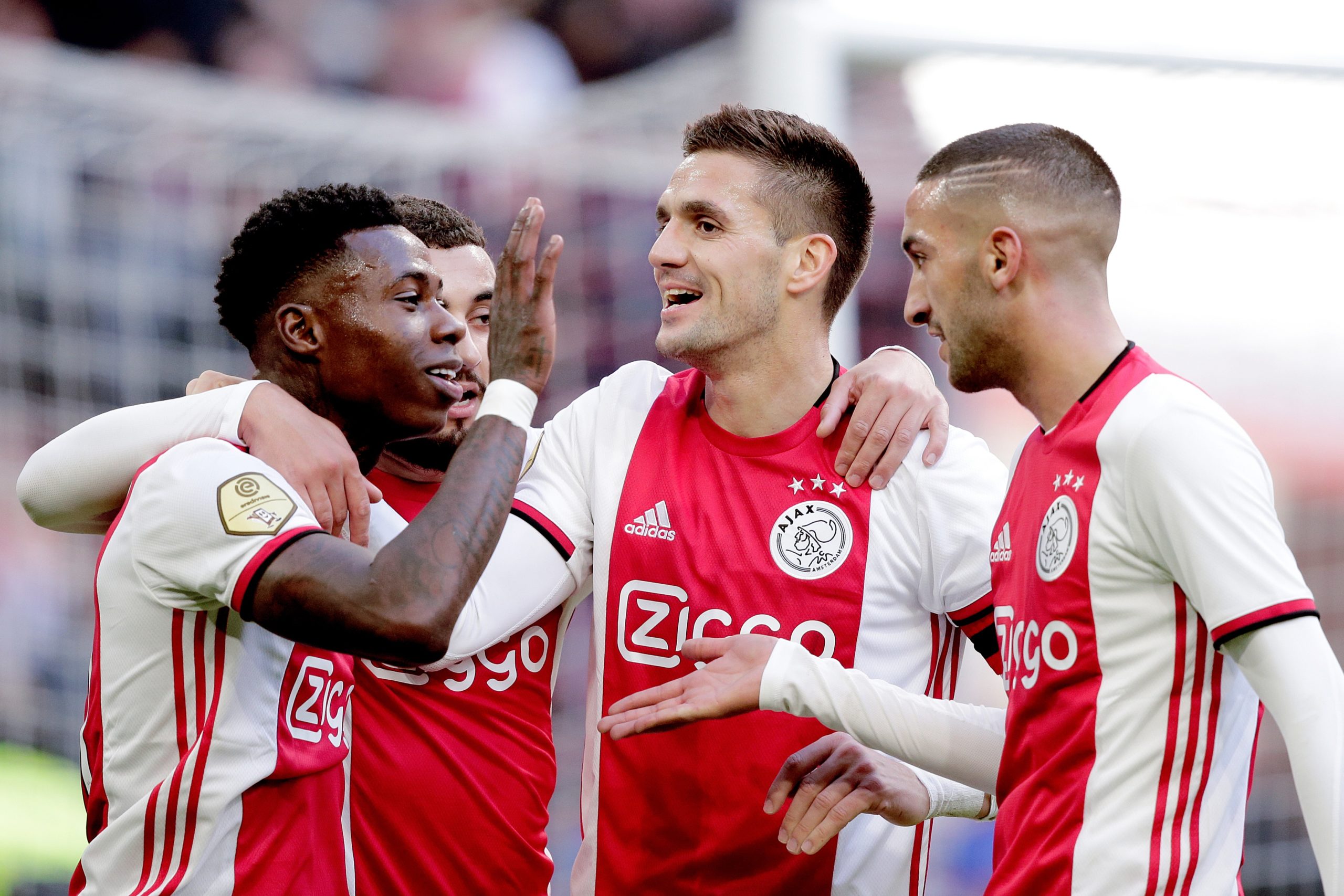 2019 is officially the most productive year Ajax has ever had goal scoring-wise. 157 goals and counting with one more match (vs ADO den Haag) to go. This means the old record, 153 goals in 1993, has been broken! All About Ajax has done an analysis of the goals scored in this fantastic year.

In the second half of the 18/19 season, Ajax scored a total of 80 goals in 26 games. This is just over 3 goals per game. In the meantime, Ajax conceded 33, 1.2 per game. Tadic was by far the most productive player of Ajax with 19 goals. Scoring almost double the number of goals of second-placed Huntelaar and van de Beek (both 10). The Serbian international scored almost a quarter of all Ajax goals in that part of the season.

Only Huntelaar managed to score a hat-trick in the first half of the year, though. In the home game versus Excelsior (6-2 Huntelaar scored three before being subbed off in the 73rd minute. Tadic did score multiple braces, 7 in total. This means that Tadic more often scored two goals in a game than one. Donny van de Beek (1), Ziyech (1) and Neres (2) also scored at least one brace.

The second half of the year

Ajax has been a little less productive the second half of the season, scoring 77 goals in 29 games – an average of 2.6 goals per game. The defense has improved a bit though, 28 goals conceded for an average of just under 1 per game. Ajax was on course to get a better goal tally in the second half of the year compared to the first, but them not scoring in 3 consecutive games ruined that. The only way they can beat the average of the first half is if they score at least 14 goals versus ADO on Sunday. Pretty much impossible, but never say never.

In the 19/20 season so far Quincy Promes has been the top-scorer of Ajax. He bagged 14 goals in just 21 games, a goal every 112 minutes. These are excellent numbers, especially considering Promes is a winger and not a striker. Tadic has been a bit less prolific, scoring 10 goals so far, he did, however, give 17 (!) assists. Which makes him directly involved in 27 goals, compared to Promes’ 18 (4 assists). There isn’t one main goal-scorer for Ajax anymore this season but a lot of people scoring. 16 goalscorers so far, 3 more than the second half of last season.

Both Noa Lang and Quincy Promes managed to score a hat-trick in this half of the season. Promes scored three versus Fortuna Sittard in September and Noa Lang scored 3 just recently, versus FC Twente in the beginning of December.

Another record Ajax is hunting for is the goal scoring record in an Eredivisie season, but that one is a lot harder to break. In 1966/67 Ajax, with the likes of Johan Cruijff, Piet Keizer and Sjaak Swart, scored a whopping 122 goals in 34 games, that’s an average of 3.59 goals per game. Ajax sits on 52 goals in 17 games right now, which is an average of 3.06 goals per game. To break the record Ajax has to score at least 71 more goals, or 4.18 per game, for the remaining 17 games. Quite a difficult task, but who knows!