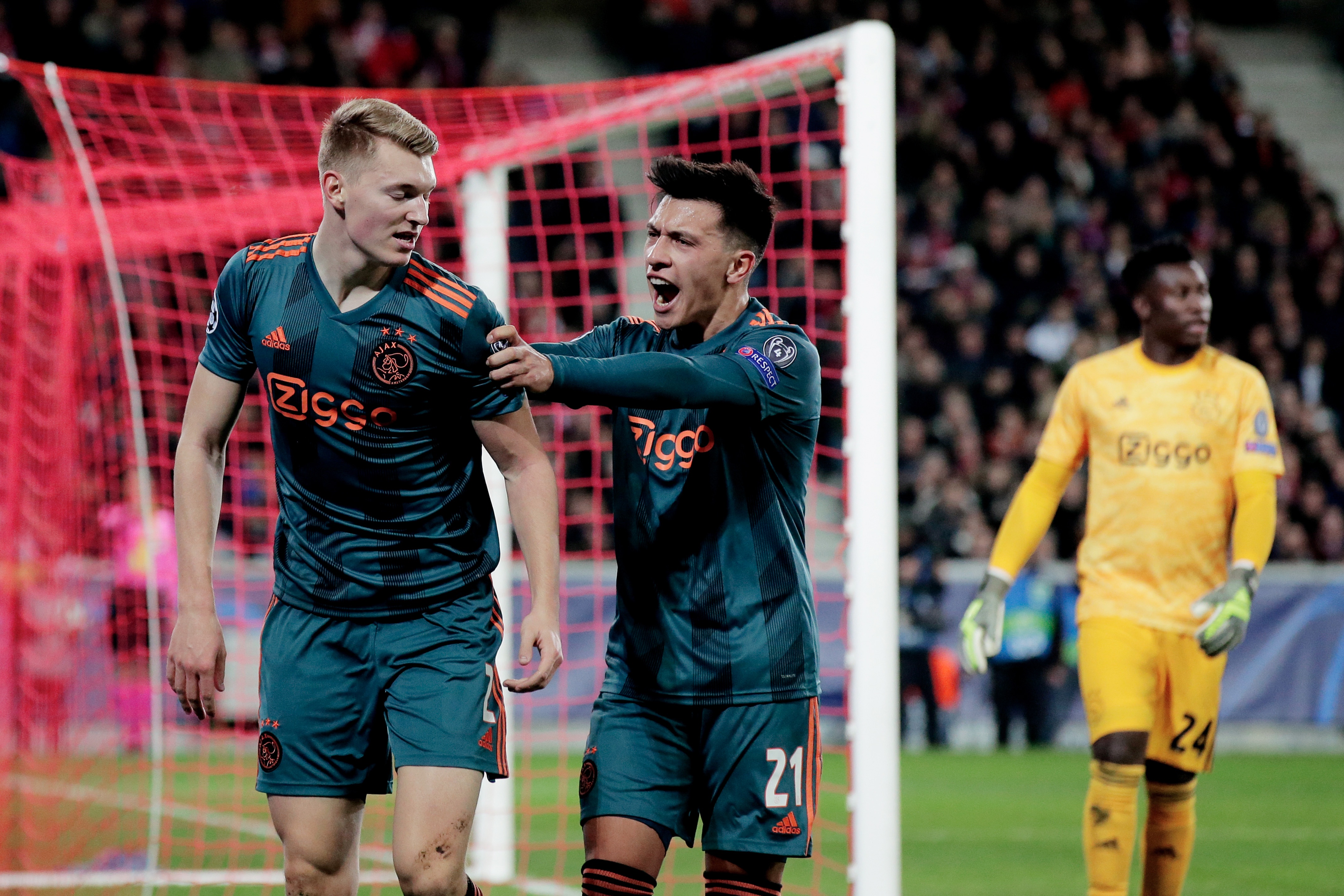 It was a sloppy, yet thrilling affair on Wednesday night in France, as Ajax added a third victory to the group stage campaign. The fight itself was a lot more even than the final result would suggest, and the match showed a lot of similarities to the reverse fixture in Amsterdam six weeks ago. Both sides were dangerous in front of goal, but only one side managed to capitalize. In the end, two beautiful goals proved to be enough for this damaged Ajax side to get past Lille, the barking dog that never bites. Lille 0 – 2 Ajax.

Ever since the passing of that historic minute at Stamford Bridge, in which both Blind and Veltman were booked with a red card, fans and pundits alike had been worrying about their replacements against Lille. While many had expected Schuurs to play on Wednesday, it was a surprise to some to see Martínez line up to his left. They had never played together in the centre of defence. Noussair Mazraoui, who had recovered from a minor knee injury on Saturday, took Lisandro’s spot in midfield.

The match got off to the fastest start of any match this Champions League season. Just 96 seconds went by between Felix Brych’s first whistle and Ajax’ first goal of the night. It was a rapid, clinical combination of passes and runs that involved five players and a lot of flair. Dušan Tadić added another assist to his tally, while Ziyech scored a goal that you would expect Donny van de Beek to make. It was probably the best show of attacking build-up that Ajax would give that evening. From the moment they scored until the end of the game, Ajax struggled with precision and physical duels.

It took Lille a little while longer to show its strength, but when they did, Ajax was definitely warned. With Bamba, Ikoné and Osimhen at the front, Lille is deadly on the counter-attack, or so you would think. After Promes terribly mishit a free-kick, Ajax got caught out by an incredibly fast counter. Bamba was at the end of it, but when he faced André Onana rushing out of his goal, he panicked and chipped the ball over the bar. This wouldn’t be the last time Lille failed to deliver a blow to Ajax.

Ajax also had a few more attempts at scoring in the first half of the game, but none as big as Bamba’s. Tadić tested goalkeeper Maignan from a tough angle, while Ziyech’s effort missed the target by about a meter. The first half was very scrappy and marred by a number of unnecessary fouls from both sides. This resulted in a yellow card for Mazraoui and a knee injury for Labyad. Neither Moroccan saw the end of the game. They were replaced by Edson Álvarez and the young Noa Lang before the start of the second half. That second half was only just underway when Lille missed another sitter. This time it was Ikoné who sent the ball to the parking lot while he could have bagged an easy equalizer. Ajax was kept alive, and Ajax capitalized.

Promes scored from a cross by Hakim Ziyech in the 59th minute. At this point in the season, you don’t need any additional information to understand how this goal was scored, because you have seen it being scored so many times before. The Ziyech-Promes link is so incredibly valuable to Ajax because opposing right-backs, the one after the other, will show how difficult it is to defend. Ziyech’s crossing ability and Promes’ perfect timing on runs into the box is like a bug in FIFA that hasn’t been patched yet. They scored it twice over the weekend, and they scored it on Wednesday. Lille 0, Ajax 2.

The home side was not ready to capitulate just yet, even though they were virtually knocked out of the Champions League. André Onana, who was the absolute star of the reverse fixture, had another moment of brilliance when Lille forced him to perform a double save in the 71st minute. The second shot was fired from no more than two meters away, but Onana had an answer. Later in the second half, Ziyech received a hug from the most endearing pitch invader in the history of pitch invasions. The youngster was quickly and kindly removed from the field, and for a moment he appeared to be a lucky talisman to Ziyech, who scored just minutes after. The goal was disallowed, however, for a handball. In fact, the ball had struck Hakim’s arm with such force that he had to be replaced by Siem de Jong because of an elbow injury. Not such a lucky talisman after all.

Donny van de Beek was close to a beautiful third goal when he volleyed the ball against the post, while Osimhen failed in front of Onana. Before you knew it the match was finished, and Ajax had somehow beaten Lille 5-0 over two games. Miraculously, Ajax is now unbeaten in 14 (!) consecutive European away games, which is something to be proud of. Lille will not play any European football after the winter break. Aside from their inability to finish their chances, this could also be because they simply ended up in an extremely competitive group.

Valencia and Chelsea drew 2-2 in spectacular fashion earlier in the evening, placing both teams two points behind Ajax. It is still too early for the group leaders to celebrate, however. Despite gathering ten points in five matches with a goal differential of +7, Ajax is still not guaranteed a spot in the Champions League round of sixteen. If Valencia manages to beat Ajax in Amsterdam and Chelsea wins against Lille in the last round of the group stage, Ajax will be relegated to the Europa League. No more than a draw against Valencia would suffice, however. A victory would ensure the top spot of Group H, which has arguably been the most competitive and exciting group of this year’s Champions League.